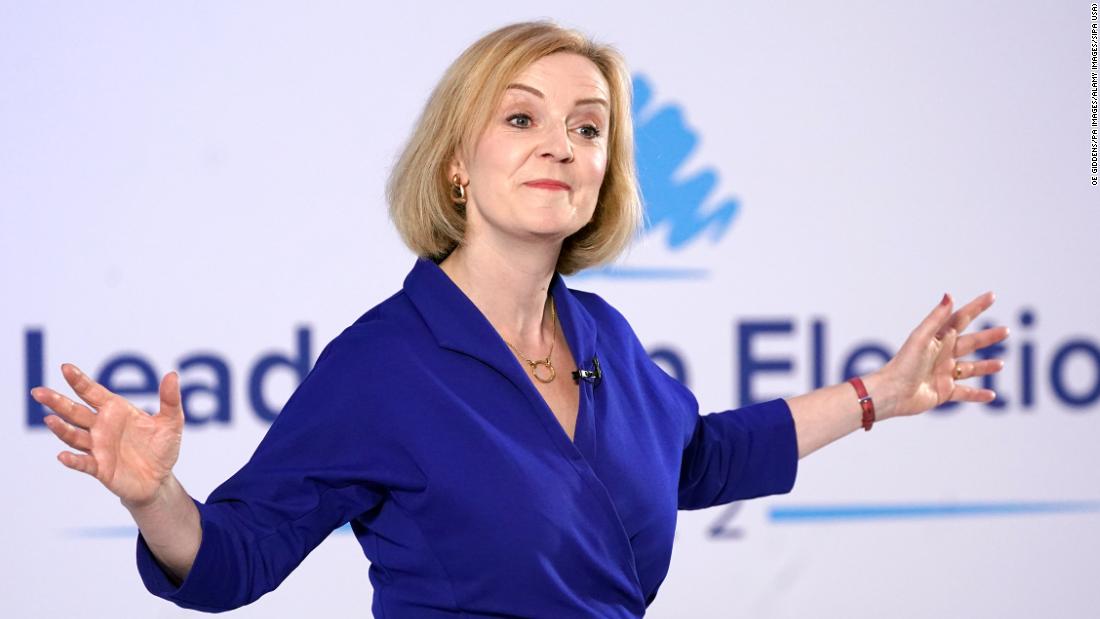 After being announced as the winner in the Conservative leadership contest, Liz Truss kept her victory speech short, but there was enough to give some strong hints about her future direction.

Here are four sections of the speech, their context and what she may have meant.

“I also want to thank our outgoing leader, my friend, Boris Johnson. Boris, you got Brexit done. You crushed Jeremy Corbyn. You rolled out the vaccine, and you stood up to Vladimir Putin. You are admired from Kyiv to Carlisle.”

A thank you from the “continuity Johnson” candidate in recognition of those who supported her as the next nearest thing to the outgoing PM. It will have jarred with many, including with some Tory MPs, but Truss still paid tribute to the “greatest hits” of Johnson’s otherwise tattered premiership.

Team Truss will be celebrating, but it’s hard not to imagine them keeping half a wary eye on reported suggestions, albeit whispered by nameless sources, that Johnson could seek to stage a comeback if the Truss premiership falters.

Another bone thrown to the tribal, Tory party faithful and pause for thought for anyone expecting Truss to move towards drawing the shutters down on a particularly polarising period of British politics.

Unlike past leaders such as Cameron and Blair, who had sought to govern as centrist prime ministers eager to keep floating voters on board, Truss appeared to nail her (very blue) colours to the mast as she signalled her intention to govern as a particularly ideological prime minister.

It was vague, but Truss appeared to identify the three policy areas she will prioritise in government.

Tax cuts and economic growth have been the mantra throughout her leadership pitch, while paying tribute to the NHS has become almost compulsory for Tory leaders since David Cameron’s modernising project.

There was also little detail about her plans for tackling the energy crisis amid suggestions that she could introduce a price freeze for some bills, but her words left space both for immediate action and a long-stated desire to make structural changes.

“We will deliver a great victory for the Conservative party in 2024.”

Almost as clear as one can be in ruling out a snap election, something that had been regarded as an outside bet but was still being mooted in some quarters as a possibility.

It is unsurprising that Truss wants time to have a shot at winning over more of the public given how recent polls have showed her faring poorly against the Labour leader, Keir Starmer.

Only 12% of Britons expect Truss to be a good or great leader, while 52% expect her to be poor or terrible