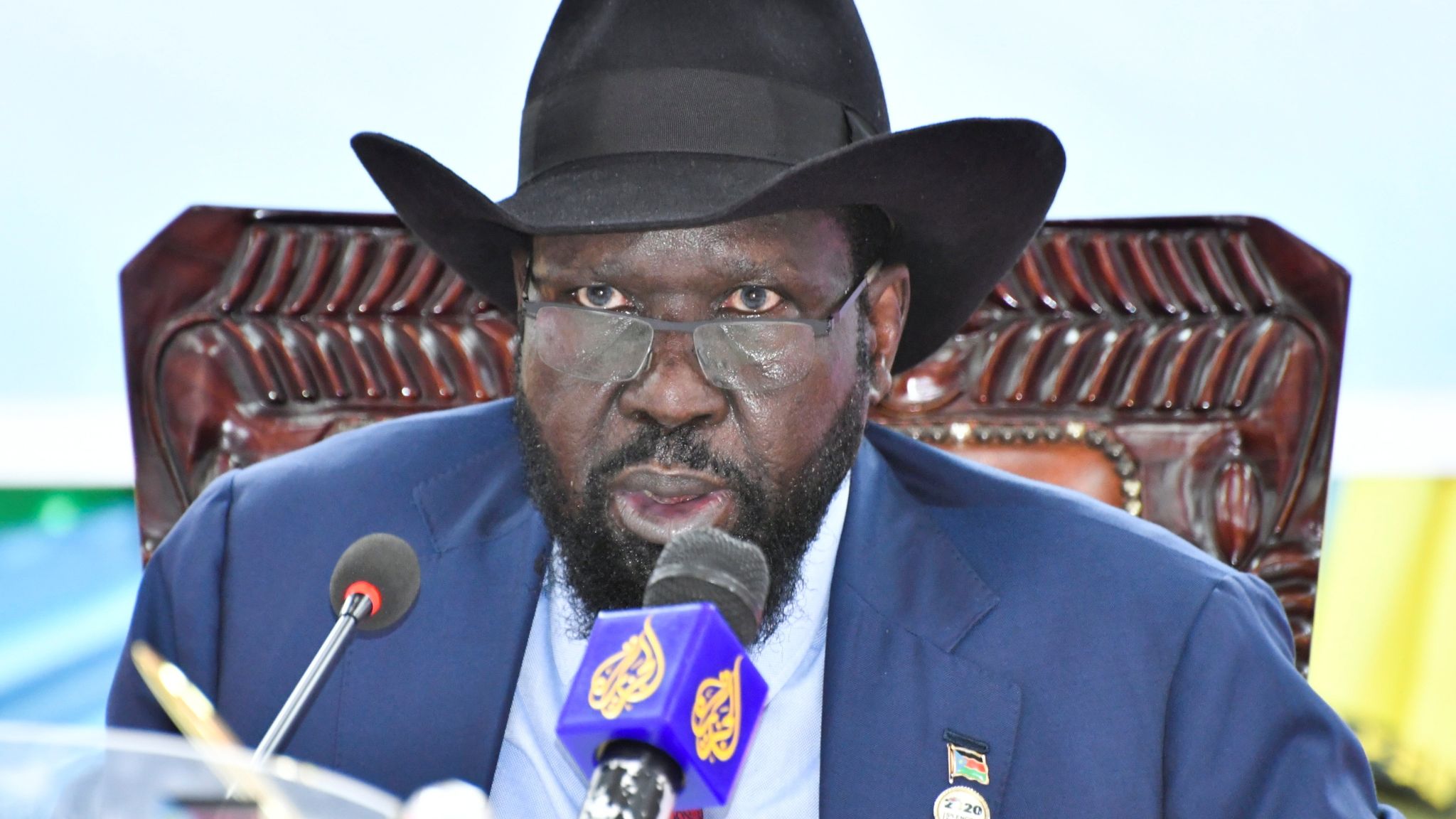 Six journalists in South Sudan have been arrested over the circulation of footage appearing to show President Salva Kiir wetting himself, media rights groups say.

In December, a video shared on social media appeared to show Mr Kiir urinating on himself as the national anthem played at a function.

Six staff from the state broadcaster were detained this week.

The Committee to Protect Journalists (CPJ) is now calling for their release.

Patrick Oyet, president of the South Sudan Union of Journalists, told Reuters that the journalists “are suspected of having knowledge on how the video of the president urinating himself came out”.

South Sudan Information Minister Michael Makuei told Voice of America radio that people should wait to learn why the journalists were detained.

Rights groups have frequently called on the South Sudanese authorities to stop harassing and threatening journalists.

But the country has suffered numerous crises since then, enduring brutal conflict, political turmoil, natural disasters and hunger.