Liberty, tolerance, fair play. They are the values which define Britain, according to Labour’s last Prime Minister, Gordon Brown. But the Labour Party of today, Jeremy Corbyn’s Labour Party, has turned its back on all of them.

Instead of championing tolerance and inclusivity, they have made their party a hostile environment for minorities, especially Jewish citizens. They have driven out female Jewish MPs and selected candidates who’ve celebrated violence against women and said they’d rejoice at the death of Israel’s Prime Minister and Tony Blair. 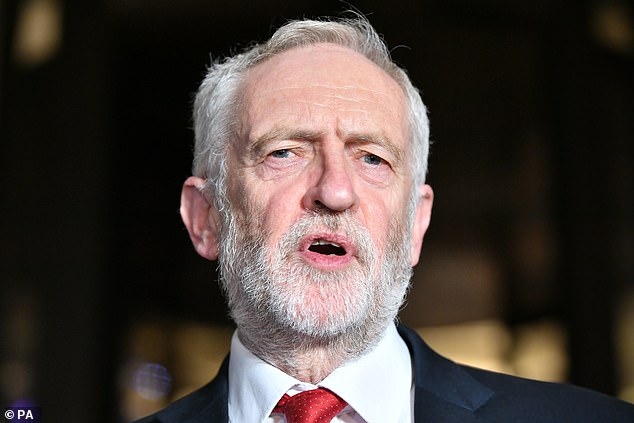 And as for fair play, Labour are no longer on the side of those who work hard, contribute to our society and want a square deal from the Government. Instead they are more interested in divisive identity politics than helping working people.

That is why so many decent Labour people, including those who worked alongside Gordon Brown in government, have said they cannot bring themselves to vote for Corbyn as Prime Minister.

Four former Labour MPs who served under Gordon Brown – Ian Austin, John Woodcock, Michael McCann and Tom Harris – have all said they will vote for Boris Johnson in order to avoid what they consider to be the catastrophe of a Corbyn government. And across the country they’ve been joined by thousands of former Labour voters. 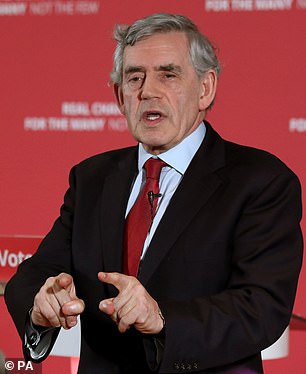 Liberty, tolerance, fair play. They are the values which define Britain, according to Labour’s last Prime Minister, Gordon Brown

They recognise that the Conservative Party is the best vehicle to advance liberty and tolerance in modern Britain – we’re committed to defending a free press and free speech from Corbyn’s plans for control; we will help people to keep more of what they earn and make it easier to own their own home; and we will fight against the extremism at the heart of Corbyn’s Labour.

Only yesterday, the ideologues who are writing Labour’s manifesto met to sign off on its details and, around the table, were activists who have celebrated the revolutionary regime in Iran, those who have joked about the death of Leave voters, people who have attacked the Equalities and Human Rights Commission and others who have used hateful language about our Jewish community.

Under previous Labour leaders, from Clement Attlee to Gordon Brown, these extremists would never have been allowed within a million miles of the manifesto, now they use the name of a once great party to legitimise an agenda that is utterly detached from the instincts and concerns of working people.

The institutions which bind us together as a nation – from our military to the Monarchy, our history and our traditions – are anathema to them. Corbyn won’t sing the national anthem, refuses to defend the United Kingdom, wants to ditch our nuclear deterrent and has never once backed our brave soldiers standing up to our enemies at home or abroad. The contrast with past Labour leaders, like Attlee and Denis Healey, who served with distinction in two world wars, is overwhelming.

And it was politicians of those generations, alongside Conservatives such as Rab Butler and Iain Macleod, and Liberals like William Beveridge and John Maynard Keynes, who came together last century in a shared national endeavour to build our welfare state.

Their work embodied the idea of fair play and a square deal at the heart of our national life.

An NHS funded from general taxation, free at the point of use. High quality state education for all, supported by a growing economy. And cash benefits to those in need, underwritten by a National Insurance system in which individuals, employers and the State came together to contribute collectively.

That contributory principle – the sense that we’re all in it together, sharing from our income to reduce the risks we all may face – was at the heart of Beveridge’s vision for the welfare state.

Reinvigorating and strengthening our welfare state is a crucial mission for the next Government. And Brexit provides us with an opportunity to build that fairer Britain. One of the reasons I supported the campaign to leave the European Union was to ensure the policies that mattered to the British people were decided in Britain – in tune with our values of liberty, tolerance and fair play.

That is why we argued that money squandered by the EU on its vanity projects be spent on our priorities such as the NHS. Instead of power being wielded by those who played the EU system to their advantage, greater democracy would give every voter’s voice equal weight and Westminster would focus on the people’s priorities.

If we get Brexit done then we can press ahead with massive new investment in the NHS, more new hospitals can be built and more doctors and nurses can be recruited. Labour threaten that by pledging to have more renegotiations and two more referendums when we should instead be respecting the judgment of the British people.

Making our NHS stronger and fairer also means ensuring equal treatment for all new arrivals to this country. Under EU rules, European nationals arriving here have preferential access to free NHS care whereas other migrants have to wait until they’ve paid into the system and secured settled status, a process which typically takes five years. It’s unfair that people coming from European countries can access free NHS care without paying in while others make significant contributions.

Making access to the NHS fairer is part of making migration fairer overall. Our country is made stronger by welcoming people with talent from across the globe. But it’s not right that people from Bulgaria and Slovenia can come here without any controls and have automatic rights that people from Bangladesh and Singapore do not.

As a tolerant and inclusive country, Britain welcomes the benefits migration can bring. But migration has to be managed if it is to work in everyone’s interests. Since the Brexit vote, popular support for migration, and warmth towards new arrivals, has increased. Because the British people know that, outside the EU, we can control our borders and bring immigration down.

But what offends against any sense of fair play is the idea that the people who live here shouldn’t have control over who comes to this country. And yet that is Labour’s position – they voted for no controls on freedom of movement and the opening up of our borders. It’s an extreme policy that would place even greater stress on the NHS and our public services and impose new strains on our communities.

And that encapsulates the choice at this Election. Labour are in the grip of an ideological clique, an extremist minority, who believe in no solidarity for those fighting antisemitism, no respect for our institutions, no support for those who keep us safe, no sympathy for the common sense of the British people, no borders and no limits on those who can benefit from the taxes contributed by working people.

The Conservatives, by contrast, are the only party who will get Brexit done, invest in, protect and improve the NHS, make migration work for all, ensure fair play in the way the state works for everyone and renew the institutions which make us proud of who we are.