A rogue elephant named after the late Al-Qaeda leader Osama bin Laden has died in captivity a week after he was captured following a massive hunt through northeastern India.

It was moved to Assam’s Orang National Park where rangers planned to teach the elephant to patrol wildlife parks and sanctuaries in the state of Assam.

But officials confirmed said ‘Laden’ died early this morning. The exact cause of death is unknown at this stage. 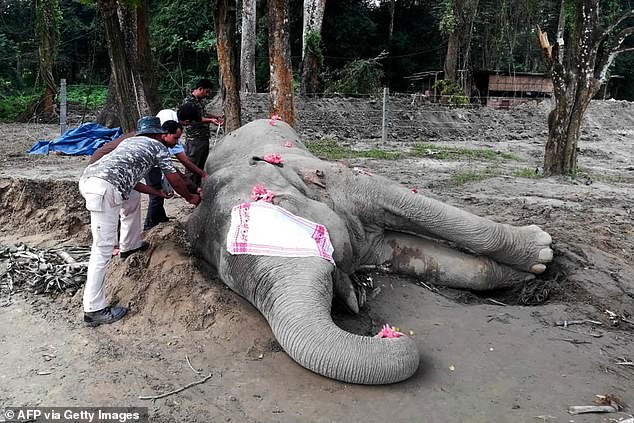 Indian forest guards measuring the body of the dead wild elephant known as ‘Laden’, that was captured after killing five villagers during a days long rampage at Orang National Park 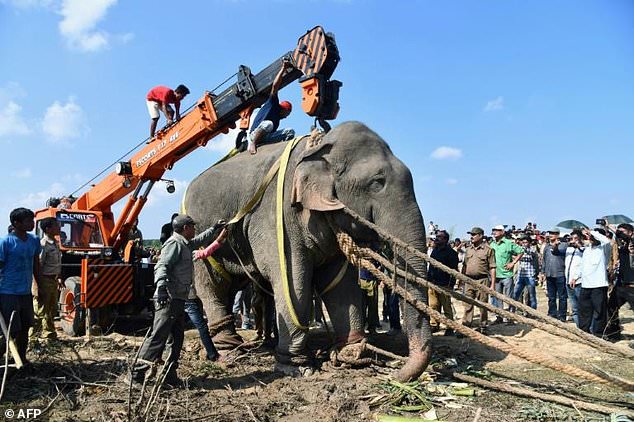 A park ranger, who asked to remain anonymous, said: ‘The animal was behaving as normal. It was, however, kept with its legs tied so that it couldn’t escape.’

The keeper reported the animal dead at roughly 5am local time today, he said.

The cause of death was unclear, but a senior official said the state government had sent a team of veterinarians to carry out an autopsy.

Before the creature’s death, the forestry department planned to tame it using ‘kraak’ – a controversial training regime used on younger elephants and condemned by wildlife conservationists as torture.

The animal was unsuitable for captivity because it was believed to be about 35 years old, conservationists said. 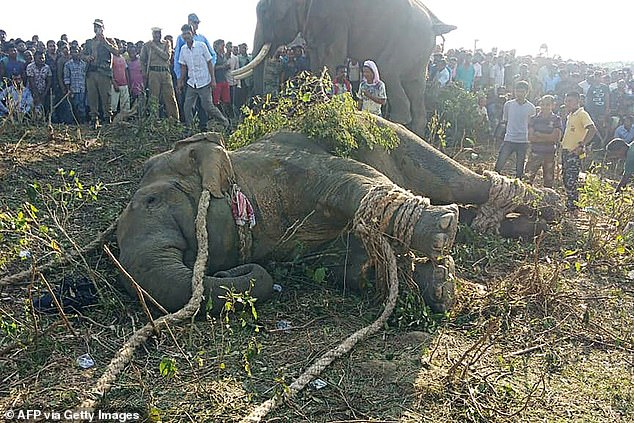 The elephant lying on the ground after been tranquillised by villagers after it killed five people, in Rongjuli forest division in Western Assam’s Goalpara district last week

The rogue animal killed five people, including three women, during a 24-hour rampage through Goalpara district in October.

Wildlife officials and rangers managed to track the beast through the Rongjuli forest before finally capturing it using drones and domesticated elephants.

Nearly 2,300 people have been killed by elephants in India over the last five years, according to official figures released in June.

But 700 of the creatures have been killed since 2011, officials said, partly as a result of shrinking natural habitats.

They frequently migrate into Goalpara, resulting in high numbers of fatal encounters with humans because of rampant deforestation.

Many have been poisoned or shot by locals, or died on electric fences and railways cutting through migration routes.

Israel launches airstrikes after being hit by Islamic Jihad’s rockets

Viewers struggle with cast change as millions tune in to new...