The Duke and Duchess of Cambridge have shared a series of throwback photographs ahead of the Royal Variety Performance in London tonight.

It will mark the third time Kate Middleton and Prince William, both 37, have attended the performance at the Palladium Theatre, following their 2014 and 2017 appearances.

Taking to the Kensington Royal Instagram account, the couple shared four snaps – including a black and white photograph of the Queen arriving for the #RoyalVarietyPerformance in 1952, with The Duke of Edinburgh and Princess Margaret.

The Royal Variety Performance takes place every year, either in London or in a theatre around the United Kingdom.

The event is in aid of the Royal Variety Charity, formally, The Entertainment Artistes’ Benevolent Fund, of which The Queen is Patron. 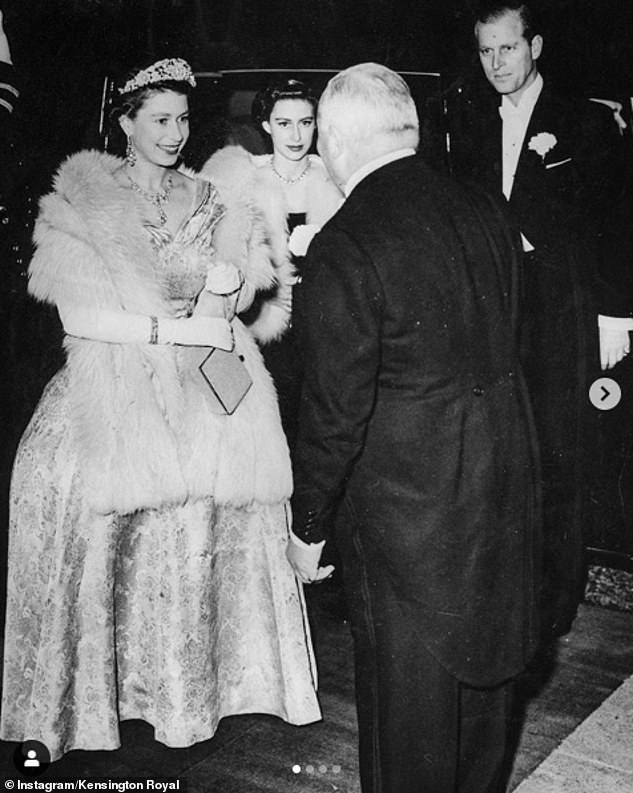 The Duke and Duchess of Cambridge shared four throwback snaps ahead of the Royal Variety Performance at the London Palladium tonight. Pictured, the Queen arriving for the #RoyalVarietyPerformance in 1952, with The Duke of Edinburgh and Princess Margaret 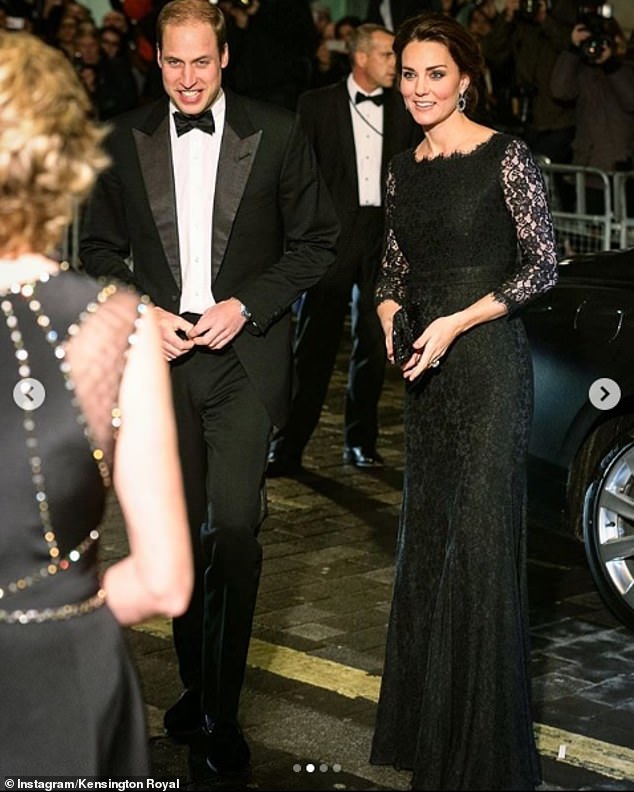 Glowing in a stunning floor length Diane von Furstenberg lace gown, and her hair in a simple up-do, Kate – who was 16 weeks pregnant – showed barely a hint of a baby bump as she and William arrived at the London Palladium back in 2014

Amongst the other photos include Kate and husband Prince William attending the event in 2014, where she donned a stunning black lace gown by Diane von Furstenberg, while 16 months pregnant.

The third snap shows the duchess shaking hands with one of the performers in a floor-length power blue Jenny Packham gown, while a fourth captures a smiley Prince William engaging in conversation with Dame Joan Collins, as Torvill and Dean look on in the background.

Alongside the photos, the caption explains: ‘The money raised from the show helps hundreds of entertainers throughout the UK, who need help and assistance as a result of old age, ill-health, or hard times.’

The evening will be hosted by Rob Beckett and Romesh Ranganathan and will include performances from Sir Rod Stewart, the cast of Mary Poppins, Lewis Capaldi, Mabel, Robbie Williams, the cast of Come From Away, and a special collaboration by Emeli Sandé and Manchester’s Bee Vocal choir. 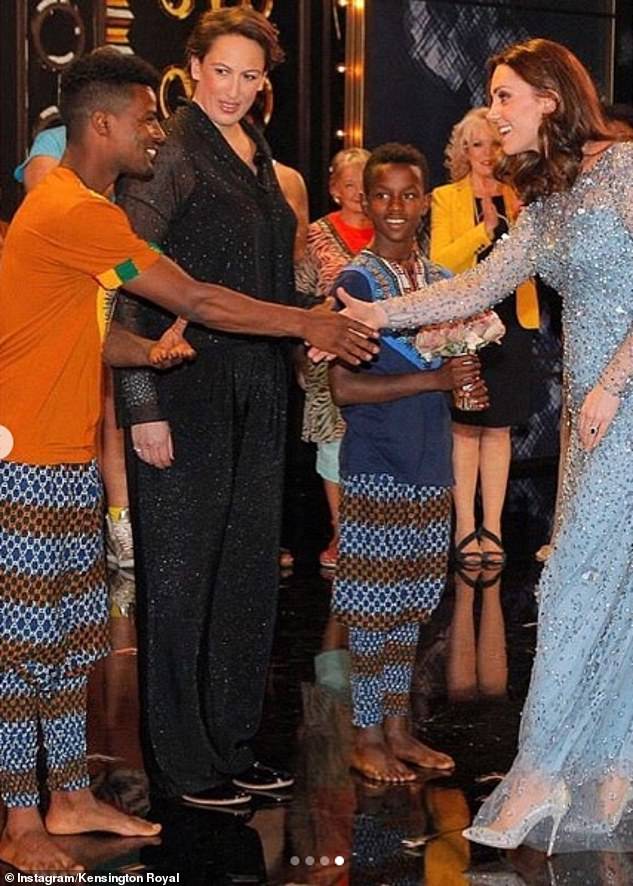 Kate, who dinned a floor-length powder blue Jenny Packham dress could be seen shaking hands with performers after the show in the London Palladium theatre in 2017 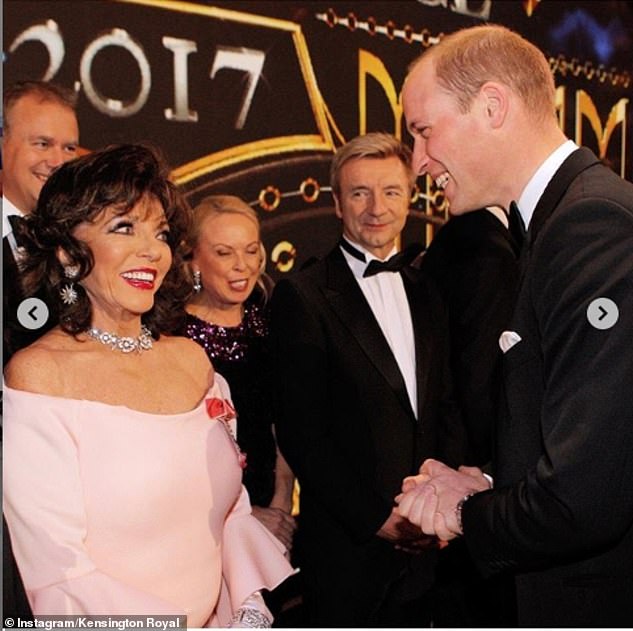 The origins of the Royal Variety Performance date back to 1912 when King George V and Queen Mary agreed to attend a ‘Royal Command Performance’ at the Palace Theatre in London, in aid of the Variety Artistes’ Benevolent Fund.

In July 1919, the second Royal show was performed and was the first to be billed a ‘Royal Variety Performance,’ before becoming an annual event in 1921.

Held at London’s Coliseum, the show was staged as a ‘celebration of peace’ and, as the official announcement expressed it, ‘had been commanded by The King to show his appreciation of the generous manner in which artistes of the variety stage had helped the numerous funds connected with the War’.

On the night, Their Royal Highnesses will meet a number of performers as Royal Variety Charity and ITV executives, both before and after the show.