A Lyft driver in Los Angeles dragged a British model out of his vehicle and left her wounded and ‘traumatised’ after a row over playing music in the car.

Alessandra Starr Ward, 25, was dumped in Melrose Avenue after the driver wrestled her out of the car on Tuesday afternoon.

Her godmother Melanie Bonvicino has obtained footage of the alleged attack from a nearby store, which shows the driver hurling the Briton to the ground while Good Samaritans nearby try to help her.

Model and actress Alessandra spent the night in hospital with concussion and a sprained ankle and says her life had been ‘changed forever’ by the ‘unprovoked’ attack. 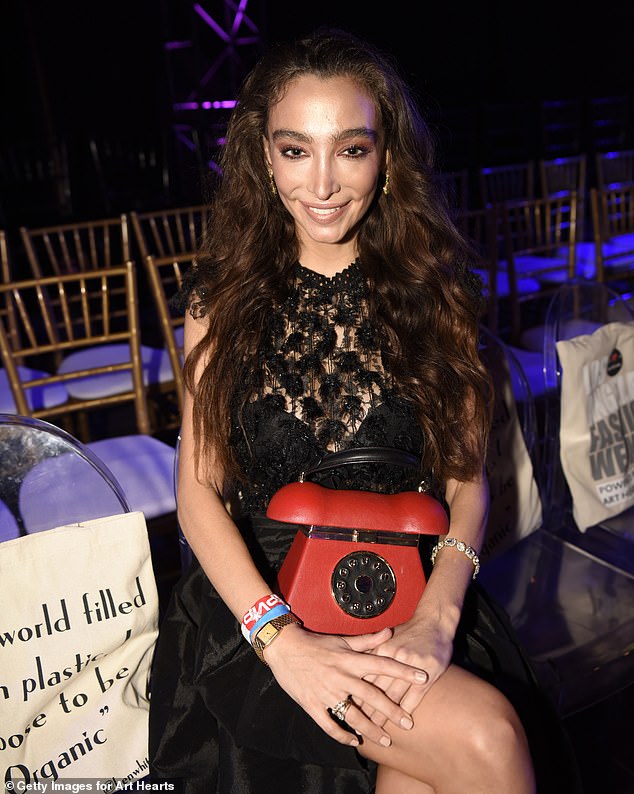 Victim: Alessandra Starr Ward, pictured, was thrown out of a rideshare car and dumped in the middle of a road in an ‘unprovoked’ attack by a furious driver in Los Angeles 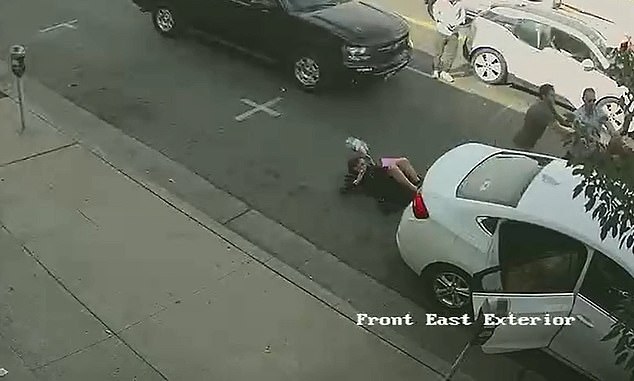 Attack: The British model and actress was dumped in Melrose Avenue after the driver wrestled her out of the car on Tuesday afternoon

The model told MailOnline she was in ‘agony’ today and felt dizzy with a ‘splitting headache’ after she was kicked in the chest and stomach.

‘I can’t believe I’m a victim. I use Lyft and ride-sharing apps all the time. All of Hollywood uses Lyft,’ she said. ‘Why did this happen to me?’

The 25-year-old had been returning from an audition carrying some of her scripts and her godmother booked her a car home on the ride-sharing app.

However, 20 minutes later Bonvicino, a Hollywood publicist and crisis manager, received a call from a passer-by who was helping her injured goddaughter in the street.

The CCTV footage shows the car pulling up by a pavement and the driver forcing his passenger out of the car after he allegedly scolded her for playing music en route.

Another man tries to mediate, but the model is flung to the ground while her fellow passengers leave the car.

‘[Alessandra] was very, very shaken up, she was punched in the eye and she is very, very upset,’ her godmother said.

‘He threw her from the car, he broke the cell phone violently,’ she said.

The model fell to the floor while wearing high heels and suffered a sprained right ankle and scratches on her legs, Bonvicino explained. 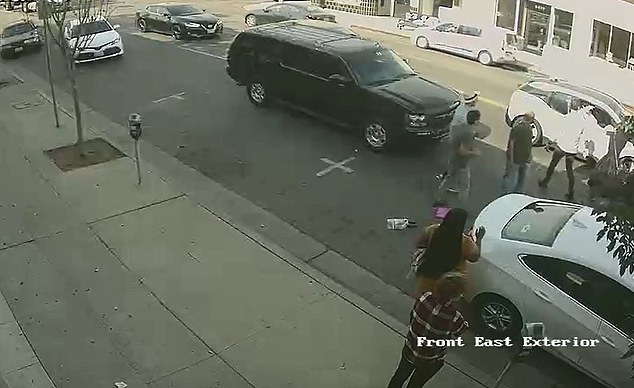 Commotion: The victim’s godmother Melanie Bonvicino praised the ‘Good Samaritans’ (pictured) who had come to the British woman’s rescue 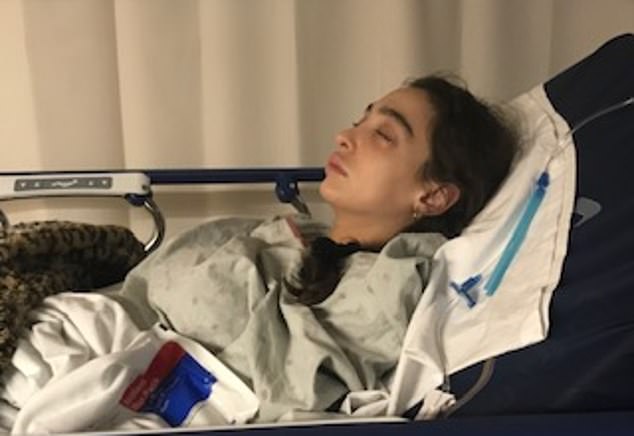 Recovery: The British model rests in the Cedars-Sinai Medical Center in Los Angeles yesterday after she was attacked by a Lyft driver

In addition, the model suffered stage one concussion and has been warned against falling asleep even though she says she is in ‘agony’.

She was treated at Cedars-Sinai Medical Center in Los Angeles yesterday.

On top of that, the driver grabbed her phone during the confrontation in the car and broke the screen, Bonvicino said.

‘There was no provocation or justification for this action,’ she said, adding that it was ‘not a normal reaction’.

She also praised passers-by who tried to help her goddaughter, saying: ‘So many Good Samaritan came to her aid, so many people intervened.’

The model’s mother is Maria Merola, who runs the high-end Merola jewellery store in West London.

Bonvicino said she had heard that the driver was released by Los Angeles police who are now reviewing the surveillance footage. 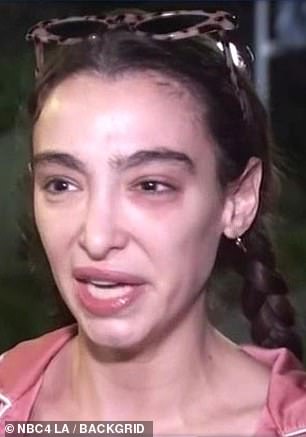 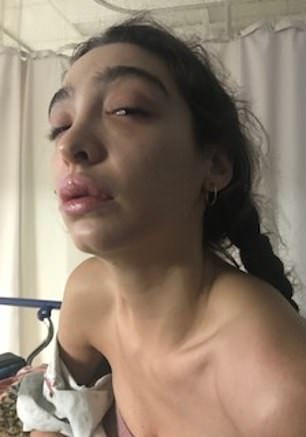 Injured: The Briton, pictured right in hospital and left speaking to local media after the attack, suffered concussion and a sprained right ankle after falling while wearing high heels

The Briton describes herself as an ‘actress and model living in Los Angeles’ who went to university in London.

Pictures on her social media accounts show her appearing in a variety of fashion shoots and she attended last month’s Los Angeles Fashion Week.

In an email to Bonvicino, a Lyft representative said the driver in question had been ‘permanently deactivated from the platform’.

The Lyft employee said that ‘safety is Lyft’s number one priority, so to hear about anything of this nature is something we take very seriously.’

Bonvicino said she had tried to speak to Lyft’s CEO Logan Green, and is also demanding answers from Los Angeles mayor Eric Garcetti over regulation of ride-hailing firms such as Lyft.

Earlier this year Lyft partnered with Kim Kardashian in a programme intended to help people leaving prison get jobs.

Concorde-style supersonic jet could slash flight times to Australia in HALF...