The most revealing moment at the launch of the Labour manifesto last week had nothing to do with the document itself. Instead it came in the subsequent question and answer session, when Jeremy Corbyn was asked if he was patriotic.

What an extraordinary question to put to someone who is in with a fighting chance of being the next Prime Minister.

After all, it amounts to asking: ‘Do you love, or at least claim to like, the country which you are campaigning to govern?’ Even more extraordinary was the fact that the question was posed by a friend – a Labour-supporting journalist – and not an enemy.

The reason it was asked of course is that there are real, insistent and well-founded doubts about Corbyn’s patriotism and that those doubts are starting to affect voting intentions, perhaps dramatically. 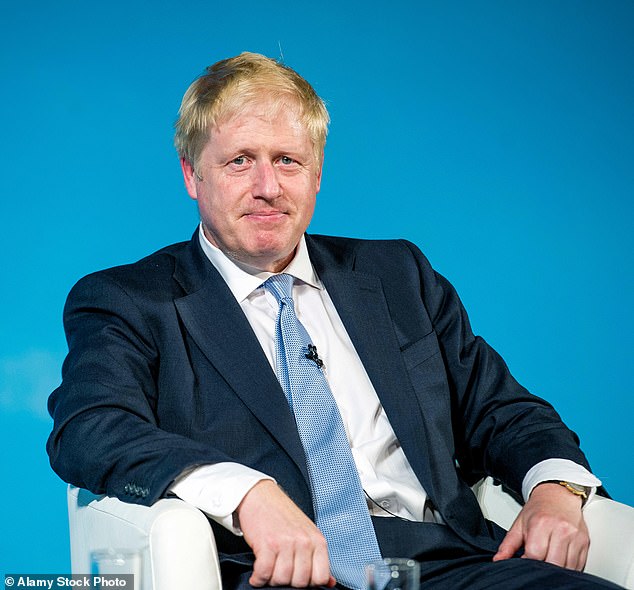 Like Boris Johnson (pictured), Benjamin Disraeli – leader of the Tory Party and Prime Minister in 1868 and again from 1874 to 1880 – was exotic and an outsider, writes David Starkey

‘Doorstep canvassers’, Labour sources report, ‘regularly bring up Mr Corbyn’s alleged lack of pride in the nation [and] fear the party could lose support from its traditional voters – especially white working-class men – in some of its heartlands in the Midlands, the North, and South Wales.’

Actually, according to the most recent and authoritative opinion poll, the ‘loss of support’ among traditional Labour voters amounts to a haemorrhage, with the Tories – that’s right, the Tories – enjoying a 20 per cent lead among the working class. If – and it is a big if – this really happens on polling day, Boris Johnson will have a majority, perhaps a thumping one, and the electoral map of Britain will be redrawn. And with it the very structure of politics and political parties themselves will change, almost beyond recognition.

Labour will lose its working-class roots and become instead an unstable coalition, consisting, on the one hand, of the woke, educated, virtue-signalling elite, who, like the intelligentsia throughout the ages, are deeply uncomfortable with being British. And, on the other hand, those immigrants who, for the opposite and least woke reasons, are most unwilling to integrate into Britain.

The Tories, meanwhile, could turn into a broad-based popular, patriotic party that’s at ease with the our history and proud of our values. You never know, the Conservatives might even rename themselves the National Party, as Stanley Baldwin, Tory leader and Prime Minister between the wars, ardently wished.

Far-fetched? Impossible? Actually, it’s all happened before, in circumstances strikingly similar to the present and under a Tory leader who bears more than a passing resemblance to Boris.

No, not Winston Churchill, with whom Boris is a little too eager to identify. For Churchill was good at winning the Second World War but hopeless in managing the following 1945 Election, which he lost to Labour by a landslide.

There remains a risk that Boris, having channelled his inner Churchill and broken the Brexit deadlock, will do the same.

Which is why he must turn instead to Benjamin Disraeli, who never fought a war but was a genius at party politics and the dark arts of building electoral coalitions and winning votes. 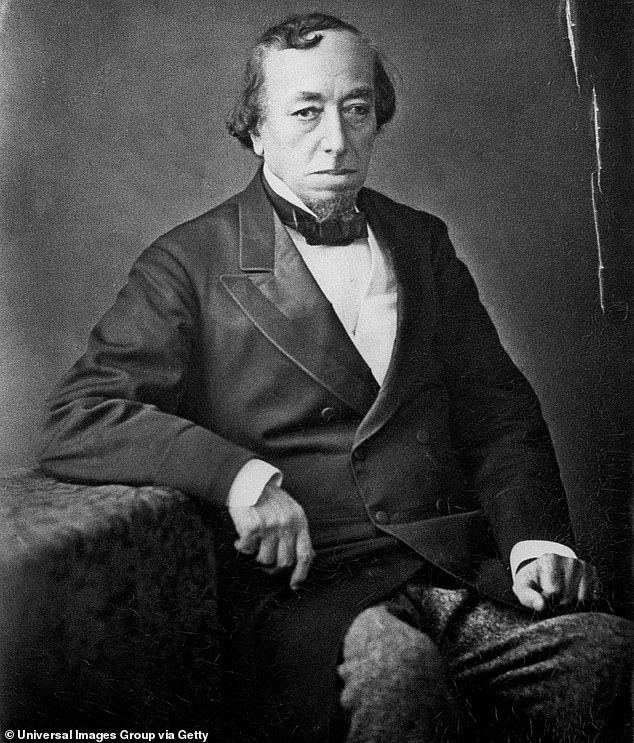 Like Boris, Disraeli – leader of the Tory Party and Prime Minister in 1868 and again from 1874 to 1880 – was exotic and an outsider: the blond, tousle-haired Boris is the descendant of Albino Turks. Disraeli, even more unusually for Victorian England, was the flamboyant son of a converted Jew.

Disraeli also began badly in the Commons but, like Boris, he had bounce and when his maiden speech was howled down in derisive laughter, he boldly told his fellow MPs: ‘Though I sit down now, the time will come when you will hear me’.

Finally, both were writers and phrase-makers before they were politicians – Boris, as a newspaper columnist, Disraeli, as a novelist – and both used their writings to hone their subsequent political ideas.

Even their political journey was the same. Both began on the Left of the Tory Party and moved to the Right. Both came to power by splitting the party and overthrowing the existing Establishment Prime Minister – Sir Robert Peel in the case of Disraeli, David Cameron in the case of Boris Johnson.

And both defined themselves by their response to a great political crisis – Boris with Brexit, Disraeli with the Corn Laws – that had its roots in a broader, economic dislocation. In the 1840s, the first great tremor of the Industrial Revolution had crashed upon the world with its epicentre in England. In the 2000s, we are dealing with globalisation, the bigger international offspring of industrialisation, which works in very similar ways but has proved if anything to be even more brutally disruptive.

The two crises have shown remarkably similar symptoms. In the 2010s as in the 1840s, a gulf has opened between the ‘two nations’ of the rich and the poor, which Disraeli identified in his 1845 novel Sybil, or the Two Nations.

There has been apparently unstoppable pressure for free trade. And a new, educated, urban elite has arisen that is Left-liberal in its political sympathies, international in outlook and indifferent if not hostile to history and the traditional way of doing things.

All of which threatened – and threatens – to render the Tory Party as extinct as the dinosaurs.

Peel and Cameron reacted by going with the flow. In 1846, Peel repealed the Corn Laws which threw British agriculture to the wolves of international competition. In the 2016 Referendum, Cameron campaigned to keep Britain in the EU. He had also tried to ‘modernise’ the Tory Party by making, with gay marriage and the like, the Tories the party of choice for readers of The Guardian. 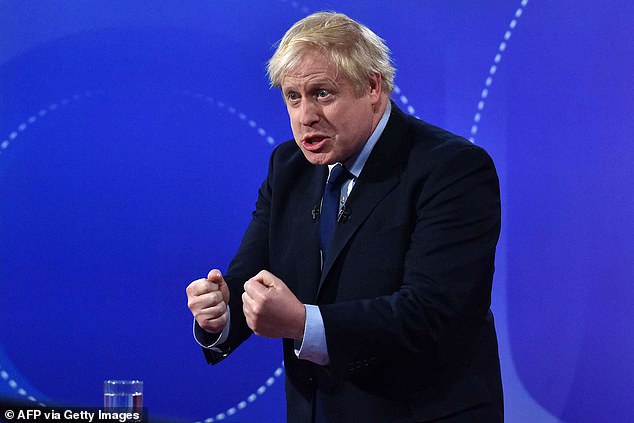 Boris and Disraeli chose the opposite. Disraeli opposed the repeal of the Corn Laws; Boris championed Brexit. But Disraeli had a brilliant plan to turn his stance into a winning electoral coalition.

Disraeli identified a natural sympathy between ‘the Conservative party and the radical masses’ and, confident that ‘the working classes of England are proud of belonging to a great country’, he gave them the vote in the Reform Act of 1867-8.

His instinct proved right and it was the votes of the Tory working man and later working woman that made the Conservatives the natural party of government in the later 19th Century and beyond – working men like my intensely patriotic, cotton-spinner maternal grandfather, who voted to make Winston Churchill Conservative MP for Oldham in 1900 and volunteered in the First World War despite the fact, since he was married and in his late 30s with children, he was exempt from military service.

Like Disraeli, Boris has a once-in-a-lifetime opportunity to remake politics

And what my grandfather practised, Disraeli preached: ‘The Tory Party, unless it is a national party, is nothing’, he stated repeatedly.

And he was an unashamed populist too: ‘The Tory Party is only in its proper position when it represents popular principles’, he declared in 1863. ‘Then it is truly irresistible.’

Boris’s instincts are surely the same. Like Disraeli, he is a natural populist. He loves applause and knows how to milk it. He has the same easy sympathy and the same generosity of temperament. Or at least he appears to have, which is all that matters here.

He also has a natural common touch, a man as happy eating fish and chips as he is citing authors from the ancient world. But does he have the same acute, strategic sense, which turned Disraeli from just another clever politician into a statesman who remade the political world?

Corbyn’s perceived lack of patriotism and the consequent disenchantment of many traditional Labour voters offers Boris a unique opportunity, not only to win the Election but, Disraeli-like, to remake the political system and, by similarly reclaiming the working class vote, to reinvent the Tory Party as once again the natural party of government.

Village pub reopens dovecote after outrage at decision to seal it...