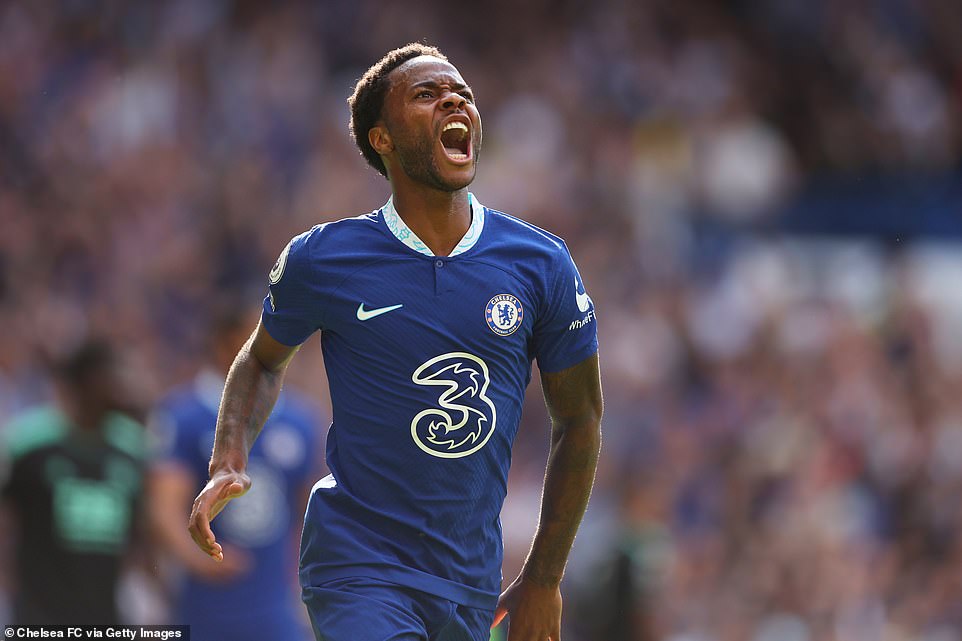 At times this would have made for very uncomfortable viewing for the banned Thomas Tuchel, watching on from his seat in the stands, not least after Chelsea were reduced to 10 men following Conor Gallagher’s early dismissal and then when Leicester halved the hosts lead to set up a tense finish.

The sight of him rocking back and forth in his seat nervously, hands over his mouth, shaking his head at one stage as Leicester pushed for an equaliser underlined that.

But the final outcome would have been a more than pleasant sight for the Chelsea manager, serving his suspension for his touchline row with Tottenham boss Antonio Conte.

It wasn’t pretty but it would have been unrealistic to expect it to be once they lost Gallagher.

This was not the sort of afternoon were those who remained on the pitch in Chelsea blue would have enjoyed having to run extra to make up for their numerical disadvantage.

That their efforts were eventually rewarded was largely thanks to Sterling.

In the absence of their main leader on the sidelines, Sterling stepped up with his pair of strikes to earn Chelsea victory.

His leadership qualities were among the many attributes Tuchel wanted summer signing Sterling for and he showed them against Leicester, stepping up in difficult circumstances for his side and producing the two crucial contributions that made the difference.

Having played with one man extra for over and created a string of clear chances, defeat would have only added to Leicester’s current frustrations.

The Wesley Fofana saga, now on the verge of being resolved with his £75m move to Chelsea imminent, has overshadowed much of their start to the season and their search for a first win of the season goes on.

Chelsea started with purpose and notably the energetic Gallagher. In the early stages it was put to good use though he eventually overstepped the mark.

First though he helped create a chance for Ruben Loftus-Cheek whose close-range effort was blocked by Danny Ward.

Chelsea then thought they had a penalty when Youri Tielemans was harshly adjudged to have felled Loftus-Cheek as they came together in the box. At best he had leant into him and it looked a little soft.

Referee Paul Tierney was ultimately spared having to potentially overturn his decision due to an offside earlier in the move.

N’Golo Kante’s injury absence has opened the door for Gallagher to get his first real opportunities in the Chelsea team.

They are huge shoes to fill and despite his very best efforts – some of them very effective and morale-boosting after a difficult full debut at Leeds – few can break up play so consistently and cleanly quite like the Frenchman.

Indeed, two bookings in six minutes for Gallagher following fouls on Kiernan Dewsbury-Hall and then Harvery Barnes which brought a premature end to Gallagher’s afternoon. 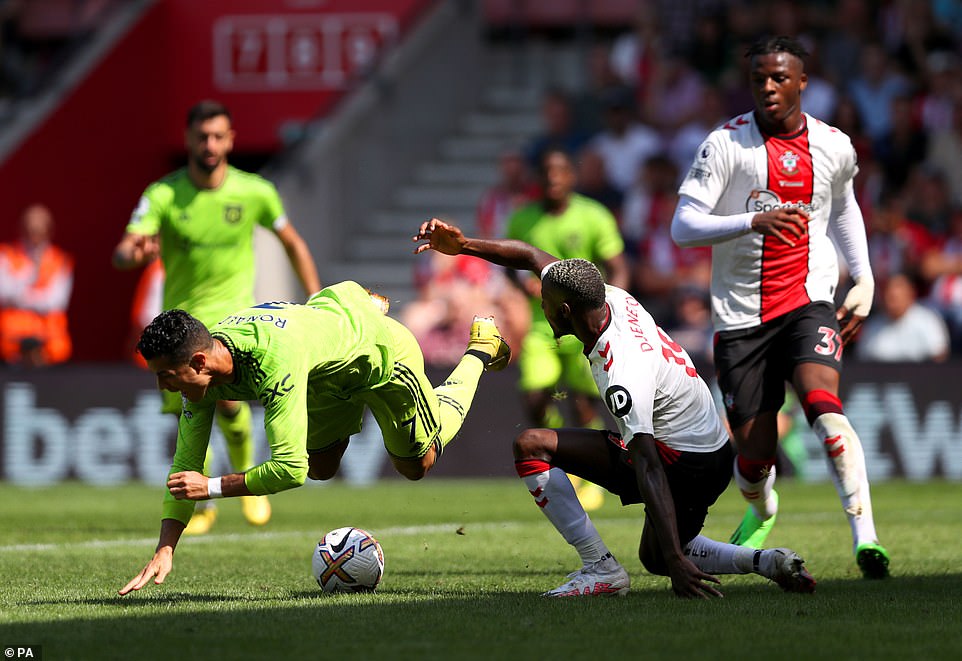 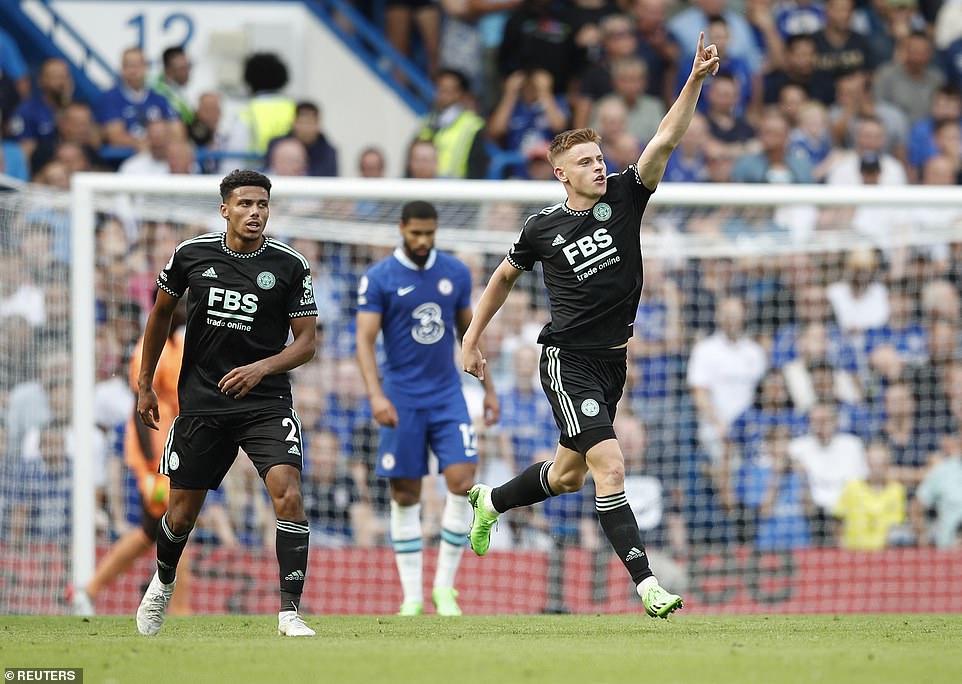 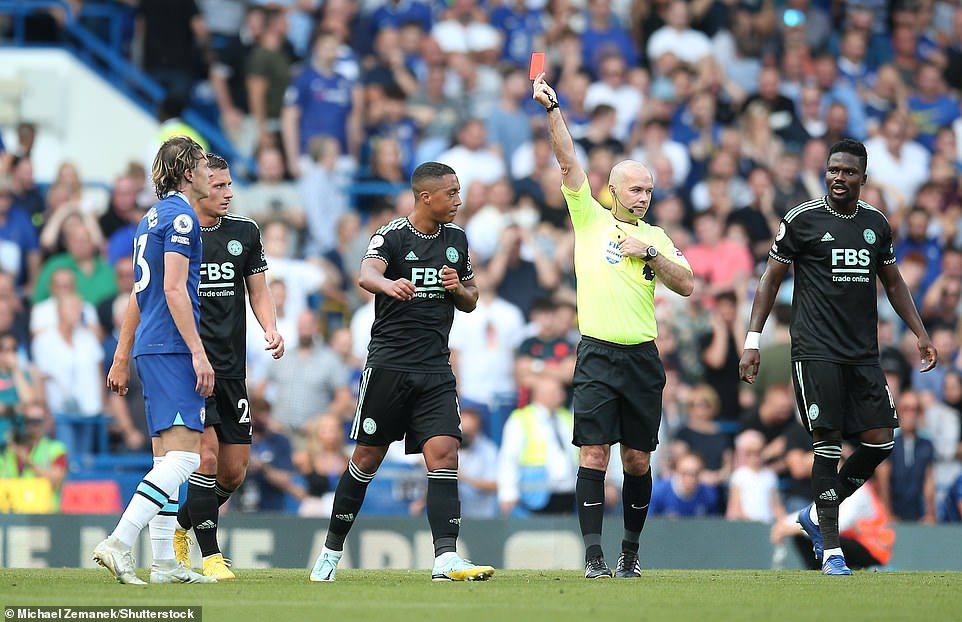 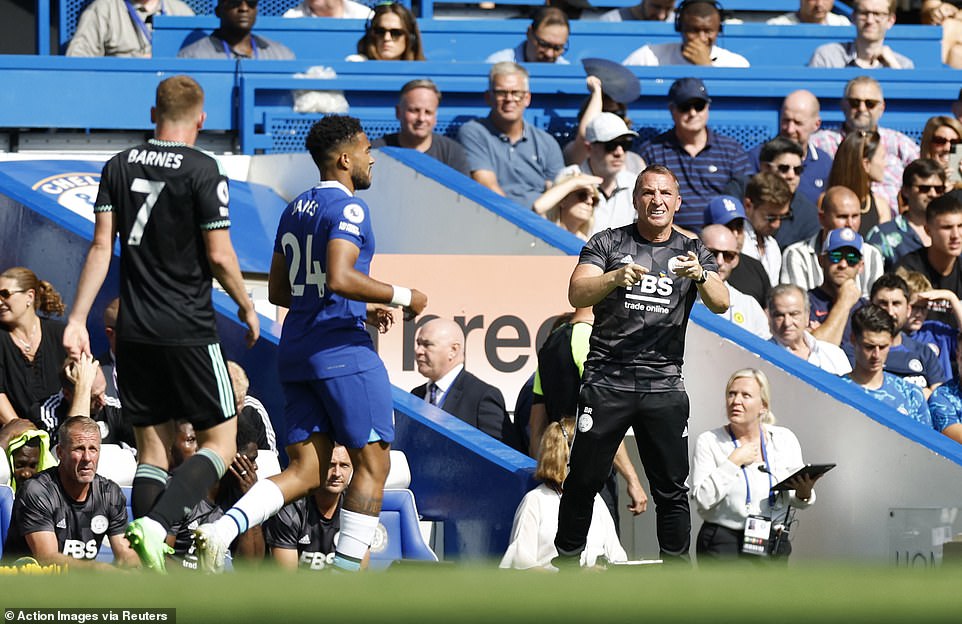