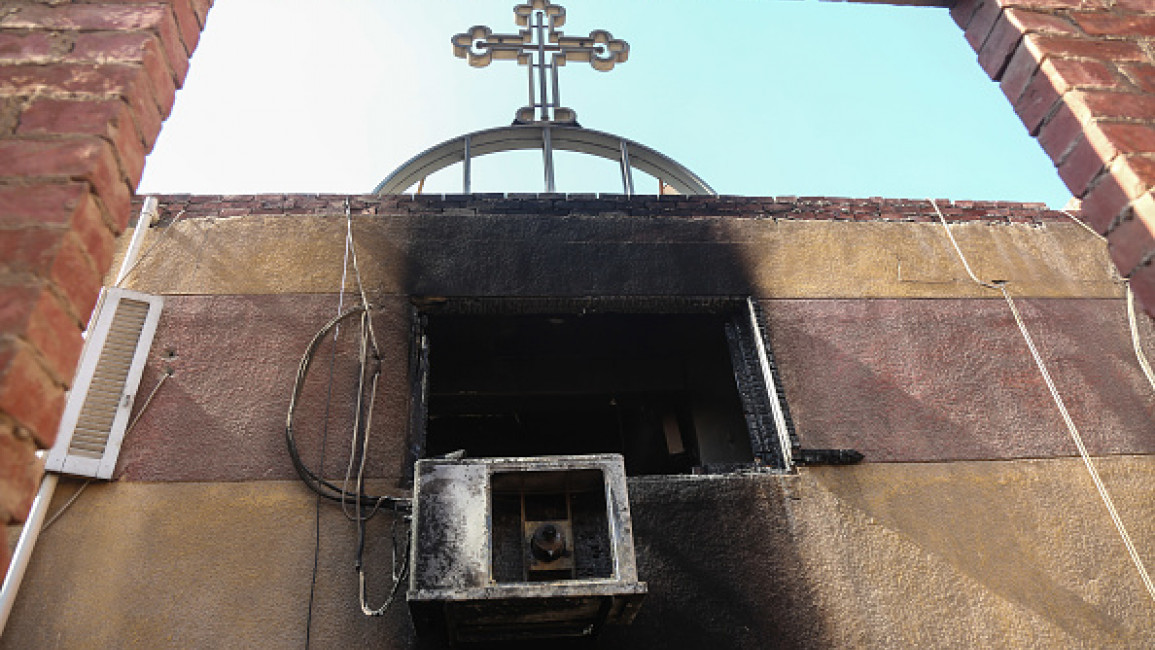 An Egyptian girl named Marina Ashraf woke up from an 11-day coma last week after she survived a fire that broke out at a Coptic Orthodox church in Giza province, west of the capital Cairo, local Cairo 24 news outlet reported on Monday, citing a family member.

Asphyxiation due to smoke inhalation cut off necessary oxygen t her bloodstream that resulted in a coma, a health ministry source told Cairo 24.

It remains unclear what her medical status is currently.

Marina’s family received counselling during their child’s coma and learned how to deal with her throughout her recovery, added the source.

The Abi Sefein church blaze in the Imbaba working-class neighbourhood during Sunday mass was caused by “a short circuit in a power generator”, leaving 41 dead, including the priest and 16 others injured, according to the official narrative.

However, a high-level security source had told The New Arab that the frequent church fires recently witnessed at Egyptian churches were suspected to be pre-meditated.

The Egyptian authorities have denied criminal intent so far despite eight similar fires flaring up over eight days around the Egyptian capital, in Giza province, in southern Egypt and the Mediterranean city of Alexandria.

Before the fires, Christians suffered other forms of assault. Last month, two knife-yielding men assaulted an Orthodox Coptic owner of a warehouse of alcoholic beverages and his son in Giza, leaving both in critical condition.

Earlier in April, a man killed a Coptic priest at a seaside promenade in Alexandria. He was sentenced to death by a criminal court in the same month.

Christians make up approximately 10 to 15 per cent of the 103 million population of Muslim-majority Egypt.

Egypt’s Christians are mainly Coptic Orthodox and among the world’s oldest Christian communities.