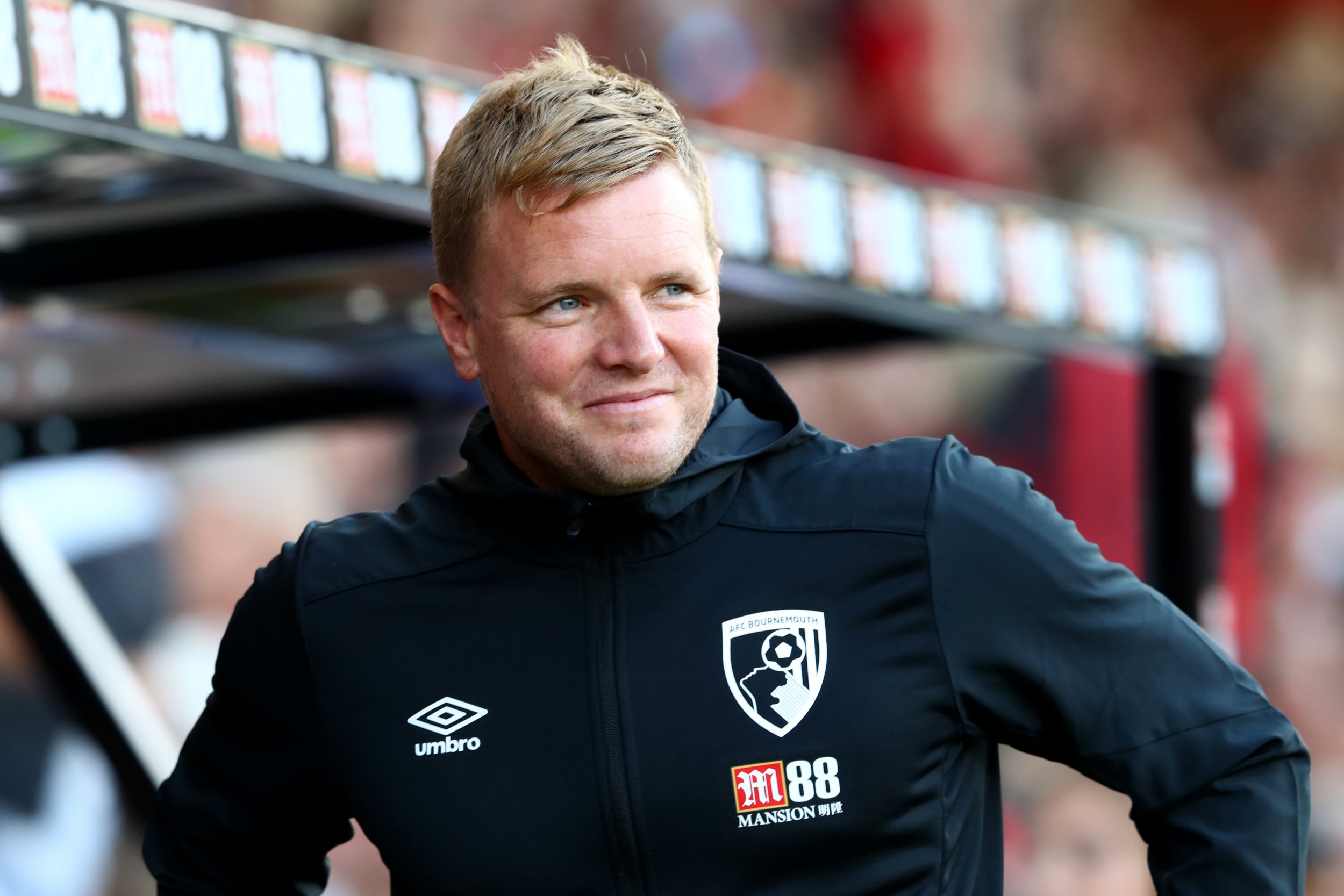 Eddie Howe has revealed he is keen to add at least one more player to his Newcastle United ranks before the close of the transfer window.

However, the head coach has reiterated his stance that if no one signs between now and Sept. 1, he is happy with his current crop.

Newcastle’s hierarchy, driven largely by Howe, sporting director Dan Ashworth and head of recruitment Steve Nickson, have worked tirelessly throughout the summer to strengthen the first-team squad, particularly in the forward areas. But, to date, the club have only managed to sign three recruits in the defensive third — Nick Pope, Sven Botman and Matt Targett.

And while Howe is keen to bring at least one more through the door at St. James’ Park, he will not be disappointed to run with the players he already has.

“I’m hoping we can add a player that can make a difference to us, and that’s what we’ve been trying to do for the whole of the window,” Howe said.

“Time is running out, so hopefully it will drop for us.

“We’re still working hard behind the scenes to try and make something move in the market for us. (There is) No news imminent.”

While only three players have arrived at St. James’ Park, the squad does look to have a stronger feel to it, even from the back end of last season, particularly with top-scorer Callum Wilson fit and firing.

When asked if he’s happy with his current group, Howe said: “Absolutely. I believe in the group, I said that from the minute I signed.

“We’ve made changes to the group since then but my belief in the players is very strong.

“There is no way of knowing what will happen in the next couple of weeks, so absolutely I’d go forward with the group.”

The summer window has not been without its struggles for Howe and Newcastle, with a number of key targets and their clubs refusing to move.

That hasn’t stopped Newcastle trying, though, and their persistence has paid off in the past, particularly when it came to the protracted deal for Netherlands youth international Botman.

“I’m trying to be positive and look at the business we have done,” Howe said.

“We haven’t added huge numbers of players but I think we have added quality — that’s the key thing.

“It’s very easy to recruit players and different names that everyone gets excited about but the reality is the outcome and what you’re left with, how strong the team and squad is.

“The three players we’ve added have definitely added to the team and added to the group off the pitch as well in terms of team spirit and mentality of the group.

“(I am) Very positive on the business we’ve been able to do and, of course, we’re still looking to add the other way.”

Howe’s faith in his squad is underlined by the quality of players the club have looked to recruit this summer.

The head coach continued: “It’s a small pool but not through us not widening the search. It’s because there’s not a huge amount of players who will make our group better, and that is a compliment to the players we have.

“We’ve got a really good squad.

“Certainly, I’d love to add someone that can make us better but that is very difficult.

“Our search has been high and wide and far reaching but I don’t expect the pool of players we have to pick from changing from now to the end of the window.”

In January, the first window since the majority takeover by the Public Investment Fund of Saudi Arabia, Newcastle left it late to add two of their five deals — could it be the same again at the start of next month?

Howe said: “Certainly, there is an element of managers up and down the country waiting to see if they can add to the group before letting players go but I think that’s a natural thing at this stage of the window.”

One player grabbing the headlines when it comes to transfers at the moment is Brazilian forward Joao Pedro.

The Watford man has been subject to two rejected bids by United in the past few days and the club continue to weigh up whether to go back in with another.

Speaking about the bids, Howe was coy.

He said: “Nothing. No intel, unfortunately.”