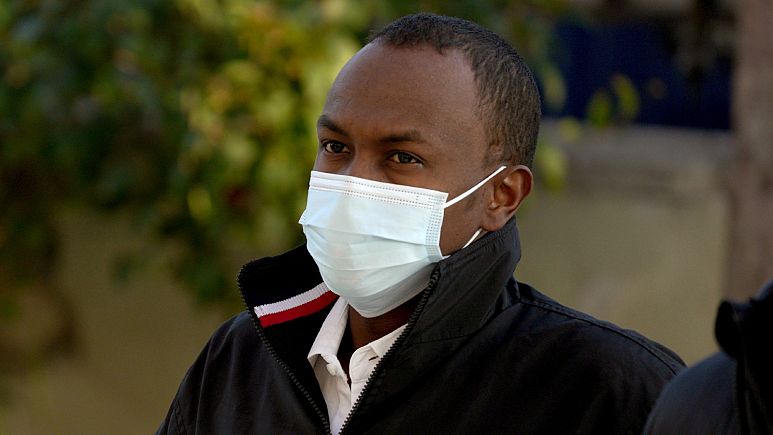 A Somali migrant serving life in prison for people smuggling appeared in court on Monday to appeal his sentence, in a case backed by a group of European Parliament members who say he was wrongfully convicted.

Mohammad Hanad Abdi was sentenced to 142 years in prison in 2021 after being convicted following a deadly crossing in a dinghy from Turkey to the nearby Greek island of Lesbos the previous year.

Abdi said he had only steered the dinghy after it had been abandoned by a Turkish smuggler during the crossing. Two people drowned when the vessel took on water while 33 others were rescued. Many of the survivors backed the Somali man’s account of events, according to Abdi’s lawyers.

The case has brought attention to draconian sentencing guidelines in Greece introduced in recent years as part of an effort to fight illegal migration into the European Union.

A Greek left-wing member of the European Parliament, Stelios Kouloglou, is leading the campaign to have many of the convictions reexamined, an effort backed by other European lawmakers as well as Greek performing artists who have helped raise money for legal fees.
Last month, two Afghan men, Akif Razouli and Amir Zahiri, who had received 50-year jail sentences, were released from prison on appeal. Razouli was cleared while Zahiri was released after his sentence was reduced to eight years.

“International solidarity is vital for these refugees, who are victims of this unjust practice by the Greek government to condemn innocent people with excessive sentences,” Kouloglou said in an online post before the trial.

The country’s centre-right government has described its migration policy as “strict but fair,” arguing that tough sentencing for smugglers is a key part of the country’s border defence policy.

‘We need to change the law