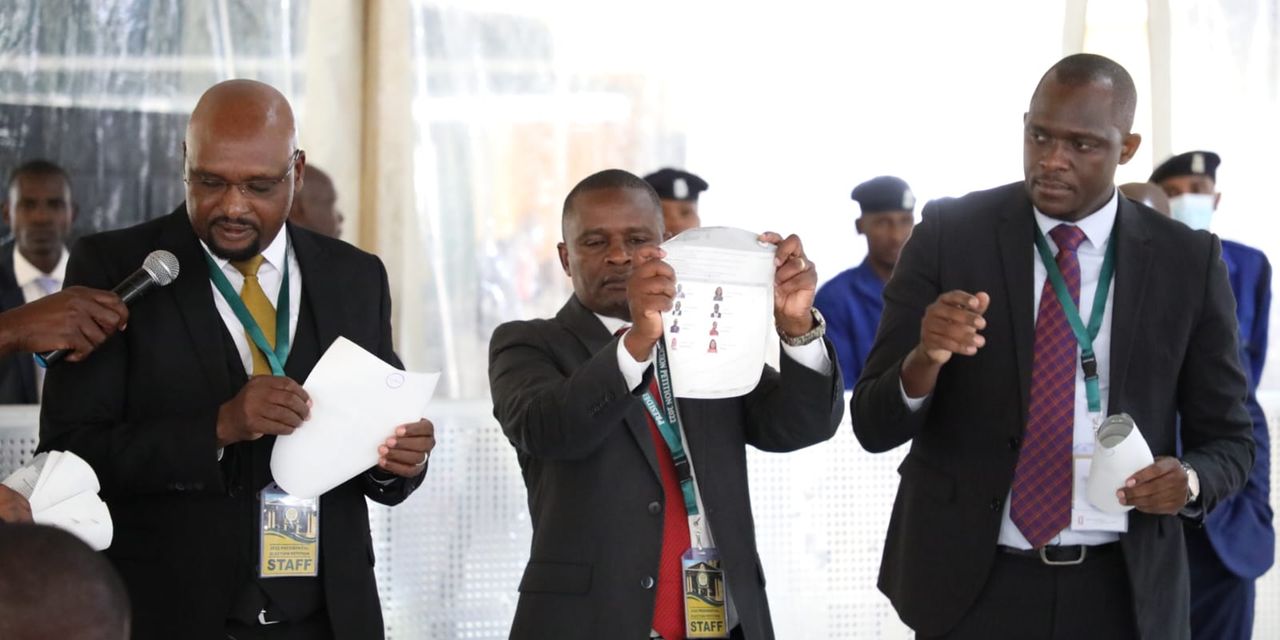 The Independent Electoral and Boundaries Commission (IEBC) used a second set of results transmission forms that it resolved with political parties to seal in tamper-proof envelopes prior to the August 9, 2022 Presidential election, a Judiciary report has revealed.

Technical teams from the Judiciary were tasked with compiling reports on the recount, and a scrutiny of the Independent Electoral and Boundaries Commission’s (IEBC) servers.

IEBC commissioner has in her affidavit accused Chairperson Wafula Chebukati of secretly printing a second set of the results transmission forms, which show votes garnered by each candidate at polling stations.

Political parties in July protested at the printing of the second set of forms, prompting the IEBC to call them for a consultative meeting.

In the meeting, it was resolved that the second set of forms would not be used in the elections but sealed in tamper-proof envelopes.

In its report, the Judiciary team says it found nine polling stations where the second set of results forms was used, some of which had

discrepancies in their tallying.

The 15 polling stations are in Nandi, Kericho, Mombasa, and Nyandarua. Some tallying discrepancies were noted after the vote recount.

For instance, in Kericho’s Chepkutung polling station two of three, one vote had been taken from Raila Odinga’s tally and attributed to William Ruto.

The report states that another six polling stations failed to provide their sets of forms 34A book two.

“Some returning officers explained the absence of form 34A book 2 by indicating that the presiding officers used them instead of form 34 book 1.

“In such cases the team verified the information by looking for the form 34A book 1 to confirm if it was indeed intact for purposes of accountability. The reason given by some returning officers is that some presiding officers mistook the two books because they did not understand the procedure,” the report states.

“Other returning officers had no explanation for the absence of form 34A book 2. They indicated that they had just learned of the anomaly together with the scrutiny. The Kiambaa constituency returning officer explained that her presiding officer used book 2 because he had spoilt book 1. They, however, did not provide the spoilt form 34A book 1 for the team’s scrutiny, and the PSD did not indicate that the form 34A book 2 had been spoilt,” the report further states.

The second set of forms 34A sampled were from Kericho, Kiambu, Bomet and Kakamega constituencies.

On scrutiny of IEBC’s servers, the report states that voter identification kits used in the elections have an application that converts images into PDF format.

By the time the scrutiny exercise was concluded, the IEBC had not provided a forensic image of form 34C, the final results transmission document for Presidential polls, to the Judiciary’s team. The IEBC, however, committed to submitting the forensic image.