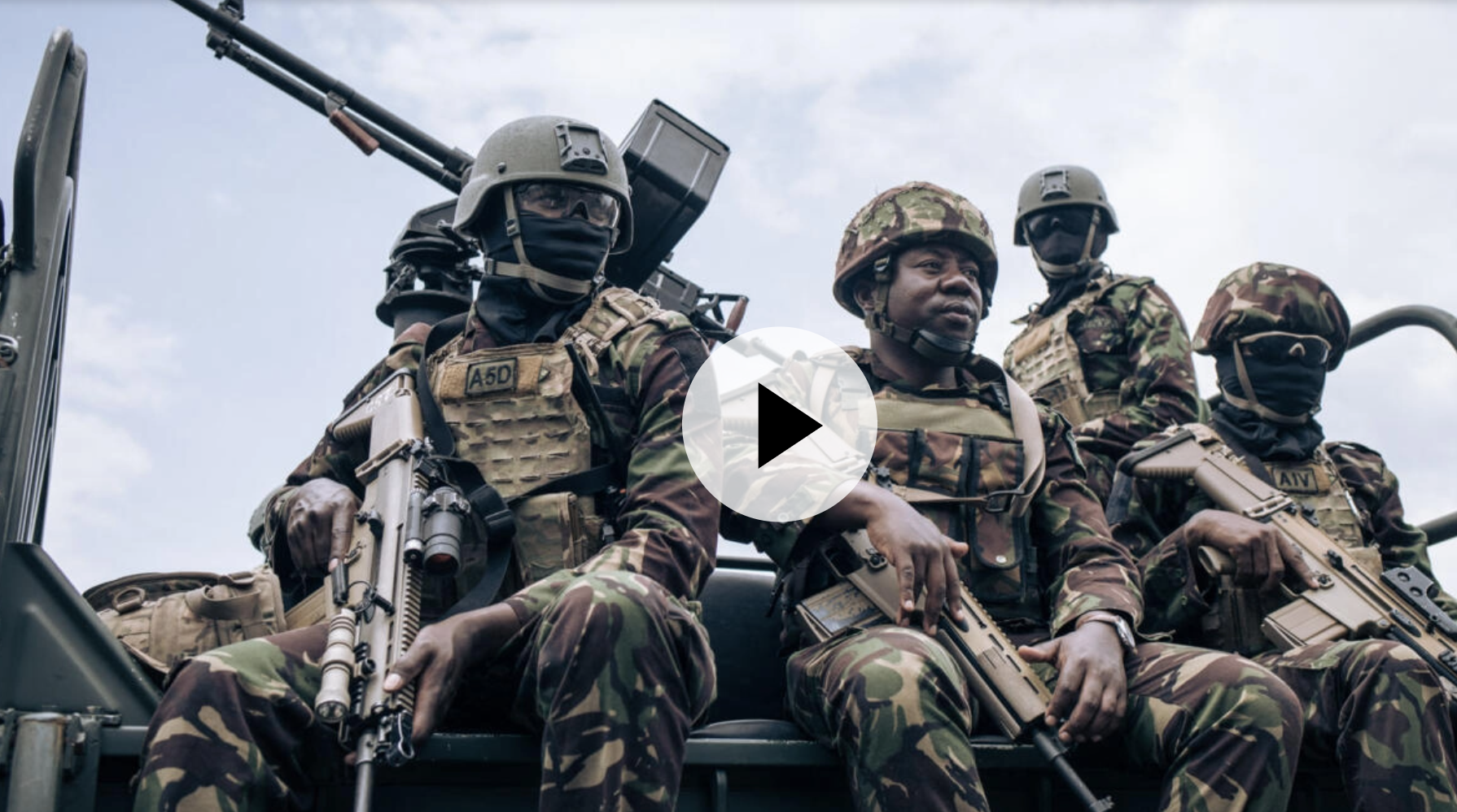 Kenyan soldiers landed in the city of Goma in eastern Democratic Republic of Congo on Saturday, as part of a regional military operation targeting rebels in the conflict-torn region.
Their arrival comes as the M23 militia has surged across the DRC’s North Kivu province, capturing swathes of territory and inflaming tensions in central Africa.

This week, Kenya’s parliament approved the deployment of just over 900 troops to the DRC as part of a joint military force from the East African Community (EAC).

Two planes carrying about 100 Kenyan troops touched down in Goma airport on Saturday, according to AFP reporters present, where they were greeted by local dignitaries.

A Kenyan commander, Lieutenant-Colonel Obiero, told reporters that their mission is “to conduct offensive operations” alongside Congolese forces, and to assist in disarming militias.
“Insecurity is something which breaks up the social fabric,” he added, explaining that the Kenyan contingent would also work alongside humanitarian agencies in a bid to bring stability to the eastern DRC.

Over 120 armed groups are active across eastern Congo, many of which are a legacy of regional wars that flared at the turn of the century.

Resurgent rebels
Heavy fighting between the army and the M23 was ongoing Rugari in North Kivu on Friday, and power was disrupted in Goma, an important commercial hub of about one million people.

A mostly Congolese Tutsi group, the M23 first leapt to prominence in 2012, briefly capturing Goma before being driven out.

But after lying dormant for years, the rebels took up arms again in late 2021 claiming the DRC had failed to honour a pledge to integrate them into the army, among other grievances.

In June, the M23 captured the strategic town of Bunagana on the Ugandan border.

And in recent weeks the rebels have won a string of victories against the Congolese army in North Kivu, dramatically increasing the territory under their control.

Diplomatic efforts
The M23’s resurgence has cratered relations between the DRC and its smaller neighbour Rwanda, which Kinshasa accuses of backing the M23.

Kinshasa expelled Rwanda’s ambassador at the end of last month, for example, while also recalling its envoy from Kigali.

In parallel to the EAC’s military operation, diplomatic efforts are underway to reduce tensions in eastern DRC.

Angolan President Joao Lourenco visited Rwanda on Friday and is due in the DRC on Saturday.

Kenya’s former president Uhuru Kenyatta is also expected in the DRC’s capital for talks on Sunday.

Leaders of the seven-nation East African Community decided to create a regional military force to restore peace in the DRC in June.

The force will be under Kenyan command. But its total size and scope remains unclear.