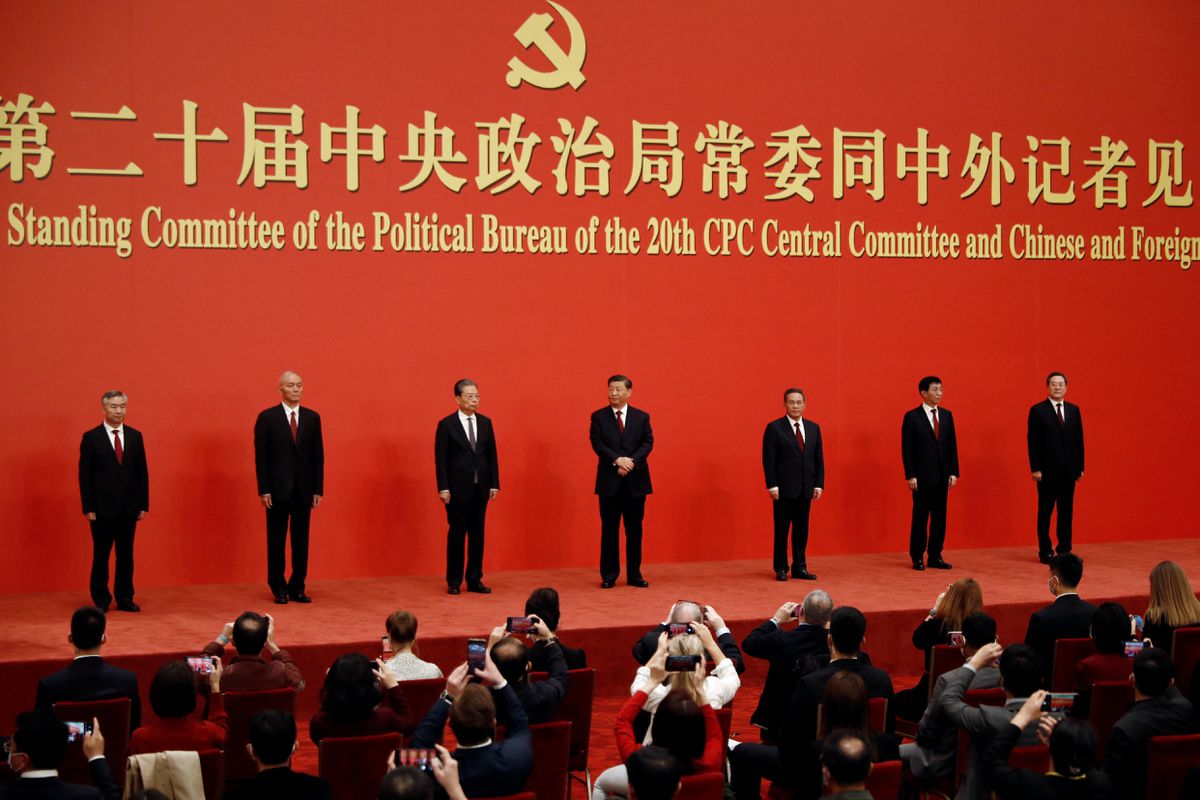 China’s President Xi Jinping has secured a historic third term as the Communist Party’s leader, cementing his place as the nation’s most influential ruler since Mao Zedong.

The Central Committee of the Chinese Communist Party (CCP) elected Xi as its general secretary for a precedent-breaking five-year term on Sunday, tilting the country decisively back towards one-man rule after decades of power-sharing among its elites.

Xi is now all but certain to sail through to a third term as China’s president, due to be formally announced during the government’s annual legislative sessions in March next year.

Xi introduced the new lineup, walking at the head of the group as he lead them onto the stage at Beijing’s Great Hall of the People to meet reporters.

Shanghai Communist Party chief Li Qiang followed Xi, meaning that he is likely to succeed Li Keqiang as premier when the latter retires in March. The other members of China’s top governing body are Zhao Leji and Wang Huning, who return from the previous committee and newcomers Cai Qi, Ding Xuexiang and Li Xi.

“I wish to thank the whole party sincerely for the trust you have placed in us,” Xi said after his appointment, and promised to “work diligently in the performance of our duties to prove worthy of the great trust of our party and our people”.

All of the PSC’s new members are perceived to have close allegiance to the 69-year-old Xi, who was also named the chairman of the Central Military Commission.

“An abnormally lopsided victory for one faction, which is rare in the tradition of the Communist Party, in the past there would be a rough balance of power,” Willy Lam, Senior Fellow at US think-tank the Jamestown Foundation, told Reuters.

“It means there won’t be any checks and balances. Xi Jinping also has total control over the larger Politburo and Central Committee,” he said.