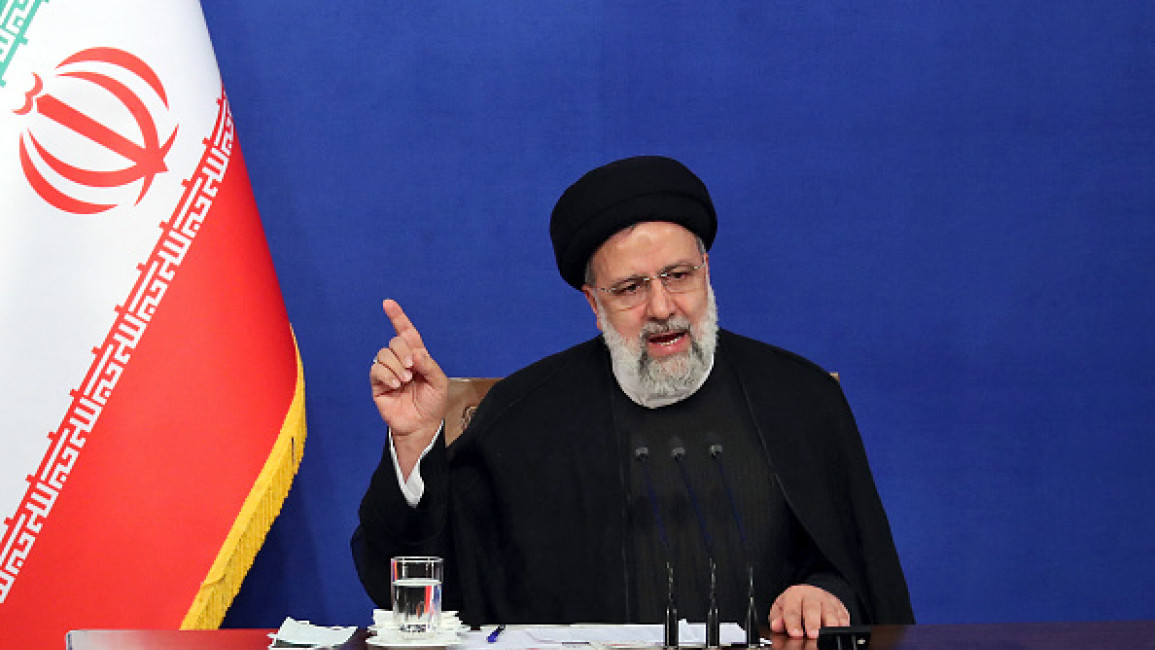 Iran’s president warned on Monday that any roadmap to restore Tehran’s tattered nuclear deal with world powers must see international inspectors end their probe on man-made uranium particles found at undeclared sites in the country.

In a rare news conference marking his first year in office, President Ebrahim Raisi also issued threats against Israel and tried to sound upbeat as Iran’s economy and rial currency has cratered under the weight of international sanctions.

Despite the international attention on the deal as talks in Vienna hang in the balance, it took Raisi well over an hour before fully acknowledging the ongoing negotiations. Tehran and Washington have traded written responses in recent weeks on the finer points of the roadmap, which would see sanctions lifted against Iran in exchange for it restricting its rapidly advancing nuclear program.

The International Atomic Energy Agency for years has sought for Iran to answer questions about man-made uranium particles found at undeclared sites. US intelligence agencies, Western nations and the IAEA have said Iran ran an organised nuclear weapons program until 2003. Iran long has denied ever seeking nuclear weapons.

As a member of the Nuclear Nonproliferation Treaty, Iran is obligated to explain the radioactive traces and to provide assurances that they are not being used as part of a nuclear weapons program. Iran found itself criticised by the IAEA’s Board of Governors in June over its failure to answer questions about the sites to the inspectors’ satisfaction.

Raisi mentioned the traces – referring to its as a “safeguards” issue using the IAEA’s language.

“Without settlement of safeguard issues, speaking about an agreement has no meaning,” Raisi said.

Under the 2015 nuclear deal, Tehran could enrich uranium to 3.67 percent, while maintaining a stockpile of uranium of 300 kilograms (660 pounds) under constant scrutiny of IAEA surveillance cameras and inspectors. Then-President Donald Trump unilaterally withdrew America from the accord in 2018, setting the stage for years of rising tensions.

As of the last public IAEA count, Iran has a stockpile of some 3,800 kilograms (8,370 pounds) of enriched uranium. More worrying for nonprofileration experts, Iran now enriches uranium up to 60 percent purity – a level it never reached before that is a short, technical step away from 90%. Those experts warn Iran has enough 60 percent-enriched uranium to reprocess into fuel for at least one nuclear bomb.

Amid the tensions, Israel is suspected in carrying out a series of attacks targeting Iranian nuclear sites, as well as a prominent scientist. On Monday, Raisi directly threatened Israel.

Raisi said if Israel decides to carry out its threats to destroy Iran’s nuclear program, “they will see if anything from the Zionist regime will remain or not”.

A decision was made at the meeting of a Somali man...