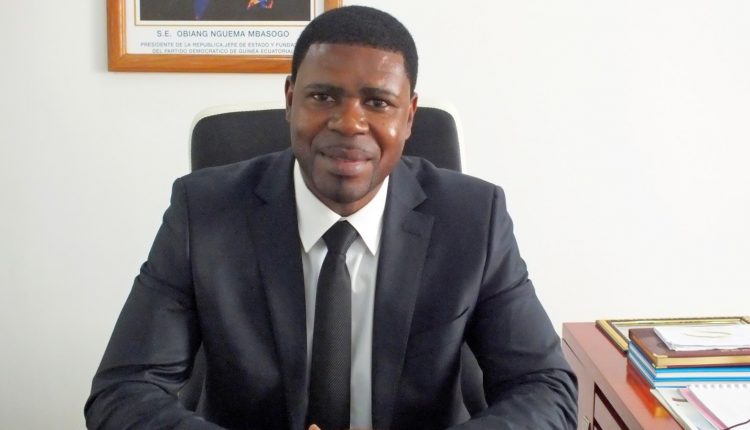 Equatorial Guinea’s vice-president personally ordered the arrest of his half-brother over allegations he sold a plane owned by the state airline, a government statement says.

Both the vice-president and his half-brother are sons of President Teodoro Obiang Nguema Mangue.

He is the world’s longest-serving president after 43 years in power.

Ruslan Obiang Nsue, a former director of the Ceiba International airline, sold the ATR72-500 without the approval of the company’s board to a Spanish company, authorities say.

It is also alleged he pocketed the proceeds of the sale. He has not publicly commented on the allegations.

His half-brother ordered him to be put under house arrest and then transferred “to judicial custody,” the statement said.

“In addition, Nguema Obiang Mangue has proposed that the head of state suspend him from all his functions in the state company, for orchestrating the sale of the ATR72-500,” it continued.

An investigation was ordered last year after an aircraft disappeared while undergoing maintenance in Spain, according to local media.

President Obiang has a strong grip on the oil-rich central African nation, with several family members in key government roles.

He seized power in 1979 from his uncle in a military takeover and has survived several coup attempts.

The long-time ruler started his sixth term in office last December after securing almost 95% of the votes in the previous month’s elections. Critics say the ballot was not free and fair, but Mr Obiang celebrated the victory, saying it showed his party was “great”.

His eccentric son, who also serves as vice-president, is reportedly being groomed to succeed President Obiang.

The vice-president, known as “Teodorin” has enjoyed a lavish lifestyle in the US and Europe, and even owns an expensive crystal-covered glove which was once owned by Michael Jackson, according to the UK authorities.

In 2014, US authorities seized a $30m (£24m)- mansion in Malibu and other assets, included a Ferrari car, saying they had been brought with the proceeds of corruption.

Two years later, Swiss prosecutors seized 11 luxury cars belonging to him. The cars – among them a Bugatti, Lamborghinis, Ferraris, Bentleys and Rolls Royce – were sold at an auction for about $27m.

He was also fined and handed a suspended sentence by a French court in 2021 for using public money to fund a luxurious lifestyle in the European nation. He denied wrongdoing.