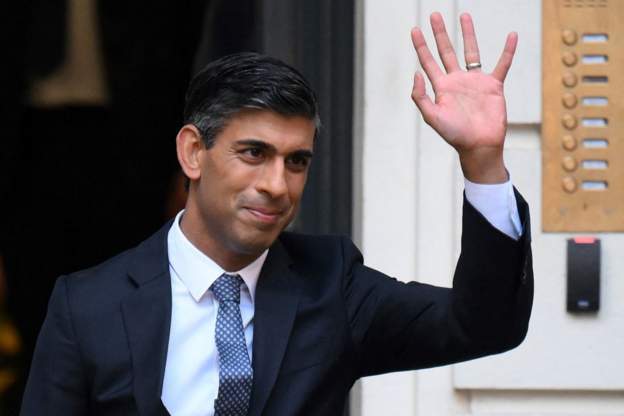 Former minister Victoria Atkins said she believes the Tories have ‘turned a corner’ and will now ‘settle down’ under Rishi Sunak’s stewardship.

She also said she believes the former chancellor will bring ‘stability and confidence’ to the markets with ‘all his expertise and experience’.

‘We all understand that we’ve now really got to get behind Rishi – and, in fairness, that’s exactly what the party has done,’ she told LBC.

‘The range of endorsements and support he’s had from all corners of the party and the enormous reaction he got yesterday when the result was announced, I genuinely think that we have turned a corner, we’re going to settle down, and this period of pretty difficult politics, I hope, will now come to an end and we will be able to focus on the job that, frankly, we all came into politics for.

‘I came into politics to help people, for us to be a force for good. We’re now going to be able to do that with Rishi.’

Mr Sunak will become the first UK Prime Minister of Asian heritage and the first practicing Hindu to enter No 10.

He was elected Conservative leader unopposed yesterday on Diwali, the Hindu festival of light.

‘As you become UK PM, I look forward to working closely together on global issues, and implementing Roadmap 2030.

‘Special Diwali wishes to the “living bridge” of UK Indians, as we transform our historic ties into a modern partnership.’ 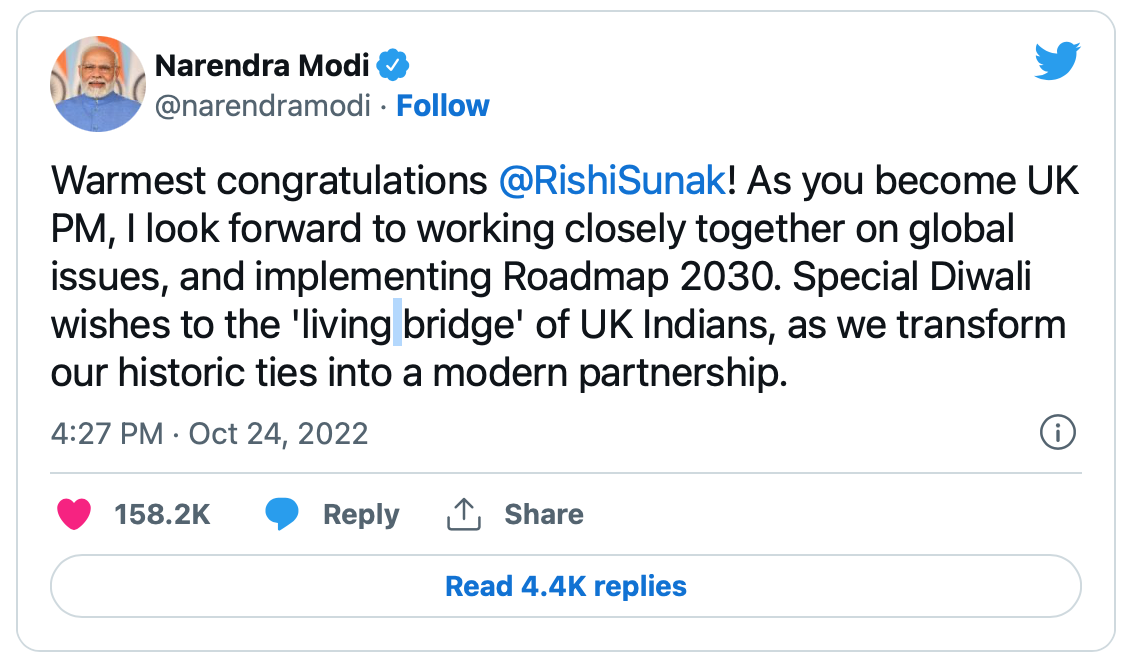 Sunak could be PM as early as today