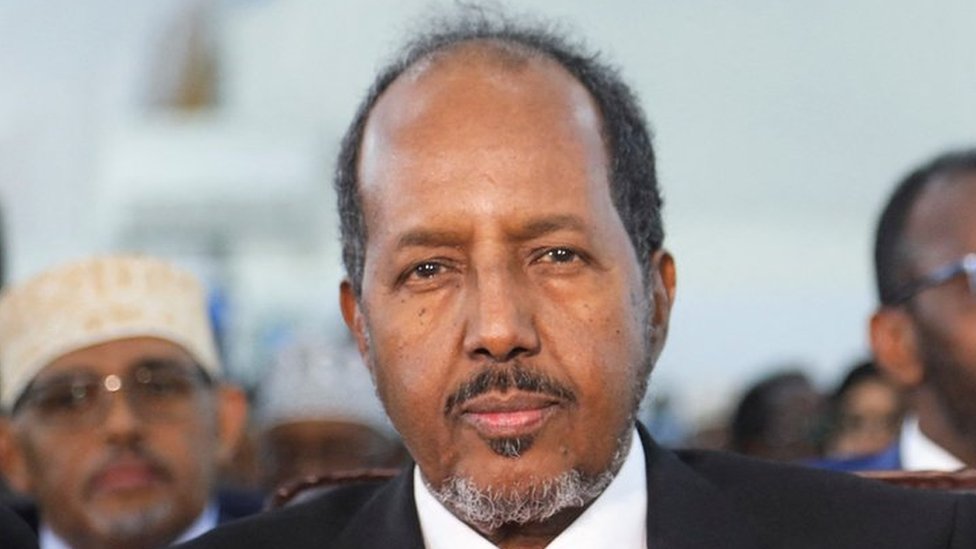 Somalia’s President Hassan Sheikh Mohamud on Tuesday pledged “an all-out war” to eliminate Al-Shabaab in his first statement to the nation since the jihadists staged a deadly 30-hour hotel siege in Mogadishu.

The attack, which began on Friday night, was the biggest to hit Somalia’s capital since Mohamud took office in June and underscored the challenge of trying to crush the 15-year insurgency by the Al-Qaeda-linked group.

At least 21 people died and 117 others were wounded in the gun and bomb attack targeting the popular Hayat Hotel, with the fatalities including Norwegian citizens, according to Norway’s government.

“I know that the Somali people are fed up with the endless condolences and mourning, I know that you lose respectable people in every attack carried out by the terrorists,” Mohamud said.

“So I call upon you to be prepared for an all-out war against the ruthless (people) who are hostile to our peace,” he said in a statement released by the office of the president.
Mohamud convened a national security committee meeting on Tuesday, attended by the prime minister, interior minister, and foreign minister, as well as the country’s defense chiefs.

“We are determined to weaken the terrorists who destroy our people till all the areas they control are liberated, this is a priority for our government and the preparation and implementation of that plan is ongoing,” he said, without elaborating.

The Hayat was a favored meeting spot for government officials and scores of people were inside when a suicide bomber triggered a massive blast, enabling heavily-armed gunmen to enter the hotel.

The siege only ended at around midnight Saturday after security forces bombarded the building, leaving much of it in ruins.

Mohamud, who was elected in May after a protracted political crisis, said last month that ending the insurgency required more than a military approach, but that his government would negotiate with Al-Shabaab only when the time was right.

The group has carried out several attacks in the mainly Muslim country since Mohamud took office.

Last month, it also mounted an incursion into neighboring Ethiopia and raided a military base on the border.

The Islamist militants, who espouse a strict version of sharia or Islamic law, were driven out of Mogadishu by an African Union force in 2011.

But they still control swathes of countryside and retain the ability to launch deadly strikes, often hitting hotels and restaurants as well as military and political targets.