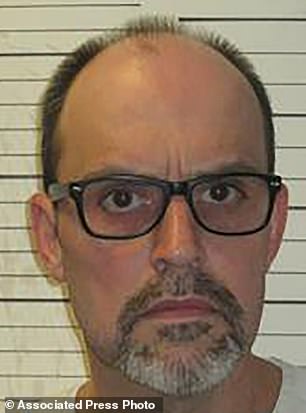 Lee Hall, formerly known as Leroy Hall Jr. Hall, a death row inmate. Hall is scheduled to be electrocuted Thursday. Hall walked onto death row nearly three decades ago with his sight, but attorneys for the 53-year-old prisoner say he’s since become functionally blind due to improperly treated glaucoma

Tennessee Gov. Bill Lee announced Wednesday that he won’t stop the state from putting a blind inmate to death in the electric chair later this week, clearing the way for the execution unless a federal court intervenes.

Lee Hall, a 53-year-old inmate who became blind from glaucoma during his decades in prison, is scheduled to be electrocuted Thursday for his conviction in the 1991 killing of his estranged girlfriend.

Hall has chosen a Philly cheesesteak, two orders of onion rings, a slice of cheesecake and a Pepsi as his last meal before his scheduled execution Thursday, according to the Tennessee Department of Correction.

Death row inmates typically get $20 toward a special meal before they are executed according to The Tennessean.

In the 72 hours prior to an execution, ‘strict guidelines are implemented to maintain the security and control of the offender and to maintain safe and orderly operations of the prison,’ according to the Tennessee Department of Correction. 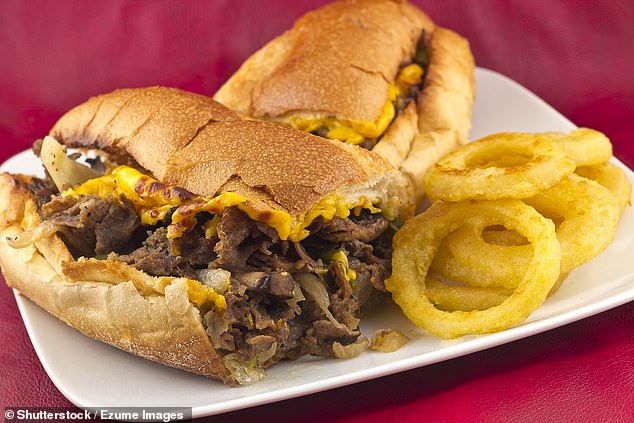 Hall has chosen a Philly cheesesteak, two orders of onion rings, a slice of cheesecake and a Pepsi as his last meal before his scheduled execution (file photo)

Hall had his sight when he entered death row nearly three decades ago, but attorneys for the condemned prisoner say he´s since become functionally blind due to improperly treated glaucoma.

Earlier this year, Hall chose the electric chair over lethal injection as allowed under state law. If the execution goes forward, he is believed to be just the second blind prisoner who will be executed since the death penalty was reinstated by the U.S. Supreme Court in 1976.

‘Unless the federal courts intervene, Tennessee will become the first state in modern United States history to electrocute a blind man,’ Hall’s attorney Kelly Gleason said in a statement. ‘It is a sad day for justice in the state of Tennessee.’ 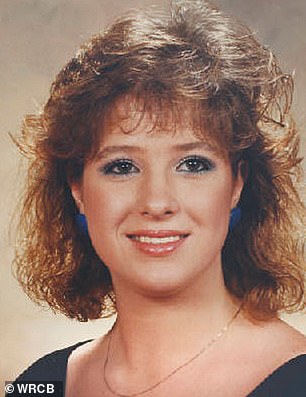 To date, the U.S. Supreme Court has neither set an upper age limit for executions nor created an exception for a physical infirmity.

‘The justice system has extensively reviewed Lee Hall´s case over the course of almost 30 years, including additional review and rulings by the Tennessee Supreme Court yesterday and today,’ the Republican governor said in a statement Wednesday. ‘The judgment and sentence stand based on these rulings, and I will not intervene in this case.’

Hall’s attorneys have been fighting for weeks to delay the execution plan, arguing that courts should have the opportunity to weigh new questions surrounding a possible juror who helped hand down Hall’s death sentence decades ago.

However, with the Tennessee Supreme Court recently denying the defense request and Lee declining to intervene, Hall’s options have dwindled as Thursday’s execution time nears. 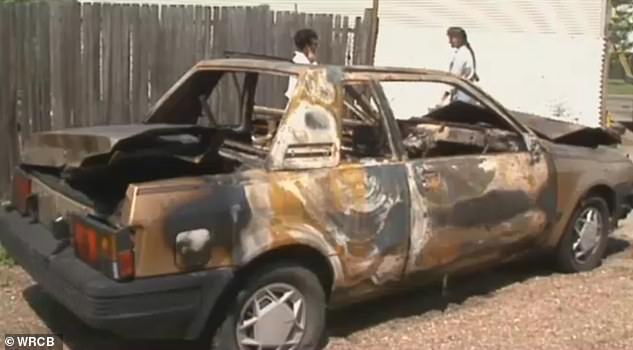 A car that was lit up by Lee Hall, who was convicted in 1991 for killing Traci Crozier, who sat in the vehicle. He is scheduled to face the electric chair on December 5

Hall’s team has filed several legal filings in federal court on Wednesday in a last effort to block the execution.

Hall was moved earlier this week to a room adjacent to Tennessee’s execution chamber as part of the state’s death penalty guidelines.

Tennessee is one of six states in which inmates can choose the electric chair, but it´s the only state that has used the chair in recent years. Three out of five recent inmates put to death in Tennessee have chosen the chair since the state began resuming executions in August

Courts in Georgia and Nebraska have declared the electric chair unconstitutional and the U.S. Supreme Court has never fully considered its constitutionality. 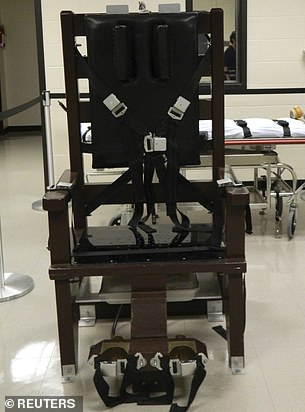 Lee has previously declined to weigh in on whether he approves of the state’s increased usage of the electric chair, noting instead that it’s a legal option in Tennessee.

Hall, formerly known as Leroy Hall Jr., has been on death row ever since being convicted in the slaying of estranged girlfriend Traci Crozier.

Hall set Crozier´s car on fire while she was still inside by filling a container with gasoline, stuffing a paper towel over the top, lighting it on fire and then throwing it inside the car.

The container exploded and Crozier received burns over more than 90% of her body. She died the next day in the hospital.