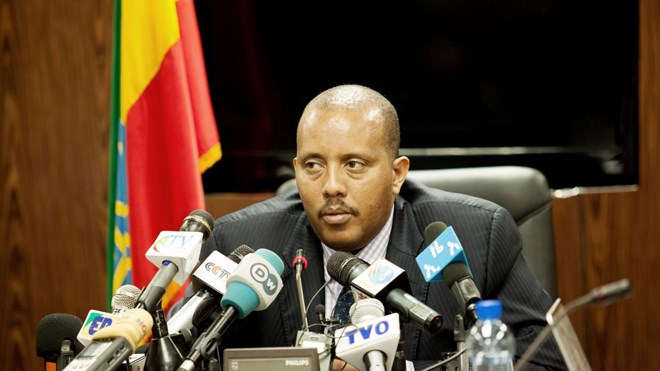 News of a peace agreement between the Ethiopian government and the Tigray People’s Liberation Front (TPLF) in Pretoria South Africa early this month brought a sense of relief for many Ethiopians including those in the Tigray region.

But there is some doubt that the TPLF would not only repudiate its implementation – despite the Nairobi Agreement on the implementation.

Citizens report on social media and some local media in Ethiopia are reporting that the TPLF is preparing for the fourth round of the offensive.

It is said to be preoccupied with preparing trenches for anticipated new offensives in the areas under its control.

No confirmation from other sources including Ethiopian government media outlets.

The rebel group, however, has openly made claims that TPLF did not take part in the Pretoria peace agreement or at the Nairobi agreement which spelled out ways of implementing the disarmament, the provision of humanitarian aid and the resumption of social services in the region.

The claim was made just after the conclusion of the Nairobi agreement. So who took part in the Pretoria and Nairobi agreement? TPLF says it was the government of Tigray but the Pretoria agreement said there is no such thing as the government of Tigray at this point since the regional election the TPLF conducted in violation of Ethiopian law was null and void.

So, the claim itself is a sign that the TPLF has either changed its mind after the agreement was signed or merely entered into the agreement for the sake of a military strategy until its enablers replenish its arsenal.

More so, the TPLF has resumed an extensive propaganda campaign with the claims that Eritrean troops are engaged extensively in rights abuse and the destruction of properties in Tigray – and that it will not disarm until Eritrean forces withdraw from the region. It’s a bit tricky there. Because, according to the Ethiopian government, much of the Tigray region is under the Ethiopian coalition forces.

In any case, the Ethiopian government has not yet reacted to the claim that the TPLF was not represented in Pretoria and Nairobi.

On Sunday, the Ministry of Defense organized a small recognition event for those who took part in the talks representing the Ethiopian government, including the Defense Chief of Staff Field Marshal Berhanu Jula.

In a remark during the event, the Minister, Dr. Abraha Belay, rather said the two parties ( Ethiopian gov’t and TPLF) are working on implementing the agreement.

The Defense Chief of Staff himself said that the agreement was concluded in a way that ensures Ethiopia’s interests, including the unity of Ethiopia. And he did not remark on the TPLF’s denial that it was not part of the agreement. The Chief of Staff said he will work relentlessly to ensure that the goals of the peace agreement are achieved.

As far as the Ethiopian government is concerned, what is known so far is that the flow of humanitarian aid to the Tigray region has resumed for several days now.

There have been few precedents whereby the TPLF rebel group launched an offensive when it was expected to pursue the path to peace. The group is also emboldened by its western backers (Primarily the United States) who are now making renewed allegations about Eritrean troops and forces from Afar and Amhara regions.

It remains a question if the propaganda coordination between the TPLF and western backers does not have a military intent by triggering a peace agreement breach on the part of the TPLF. From experience, it is unlikely that the group will think twice before accepting orders from its backers to start another round of offensives.