Swiftly advancing Ukrainian troops were approaching the main railway supplying Russian forces in the east on Friday, after the collapse of a section of Russia’s front line caused the most dramatic shift in the war’s momentumsince its early weeks.

In a video address, President Volodymyr Zelenskiy said troops had “liberated dozens of settlements” and reclaimed more than 1,000 square km (385 square miles) of territory in Kharkiv region in the east and Kherson in the south in the past week.

Zelenskiy posted a video in which Ukrainian soldiers said they had captured the eastern town of Balakliia, which lies along a stretch of front stretching south of Kharkiv, Ukraine’s second largest city.

The Ukrainian military said it had advanced nearly 50 km through that front after an assault that appeared to take the Russians by surprise.

It was the first lightning advance of its kind reported by either side for months, in a war mainly characterised by relentless grinding frontline battles since Russia abandoned its disastrous assault on the capital Kyiv in March.

Nearly 24 hours after Ukraine announced the breakthrough on the Kharkiv front, Russia had yet to comment publicly. The Kremlin declined to comment on Friday and referred questions to the Russian military.

Ukraine has not allowed independent journalists into the area to confirm the extent its advances. But Ukrainian news websites have shown pictures of troops cheering from armoured vehicles as they roar past street signs bearing the names of previously Russian-held towns, and Russian forces surrendering on the side of the road.

“We see success in Kherson now, we see some success in Kharkiv and so that is very, very encouraging,” U.S. Defense Secretary Lloyd Austin told a news conference with his Czech counterpart in Prague.

The Institute for the Study of War think tank said the Ukrainians were now within just 15 km of Kupiansk, an essential junction for the main railway lines that Moscow has long relied on to supply its forces on the battlefields in the east. Since Russia’s forces were defeated near Kyiv in March, Moscow has used its firepower advantage to make slow advances by bombarding towns and villages. But that tactic depends on tonnes of ammunition a day reaching the front line by train from western Russia.

Until now, Russia had successfully fended off Ukraine’s attempts to cut off that train line. The Ukrainian general staff said early on Friday retreating Russian forces were trying to evacuate wounded personnel and damaged military equipment near Kharkiv.

“Thanks to skilful and coordinated actions, the Armed Forces of Ukraine, with the support of the local population, advanced almost 50 km in three days.” Tens of thousands of people have been killed, millions have been driven from their homes and Russian forces have destroyed entire cities since Moscow launched what it calls a “special military operation” in February to “disarm” Ukraine. Russia denies intentionally targeting civilians.

In the latest reported strike on civilians, Ukrainian officials said Russia had hit a hospital near the international border in the northeastern Sumy region on Friday morning. Reuters could not independently confirm the report. “Russian aviation, without crossing the Ukrainian border, fired at a hospital. The premises were destroyed, there are wounded people,” regional governor Dmytro Zhyvytskyi said on Telegram. 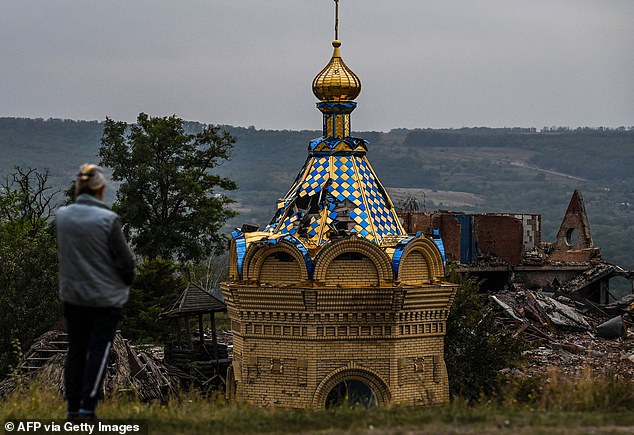 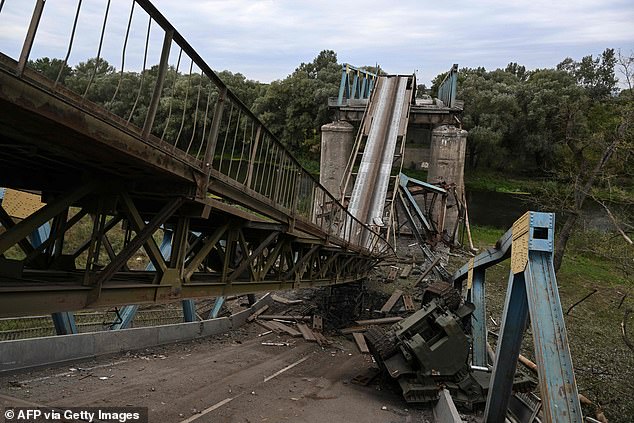 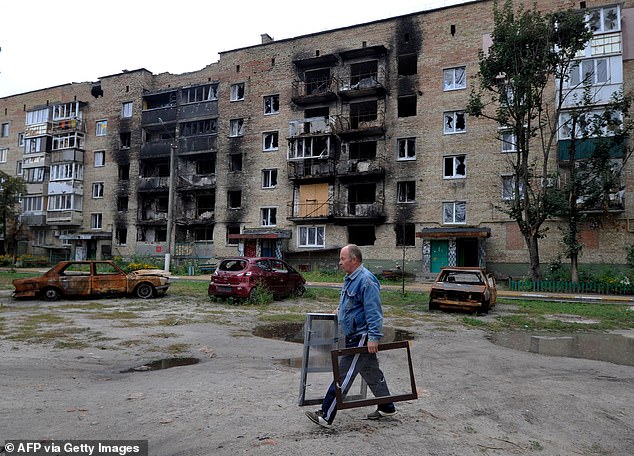