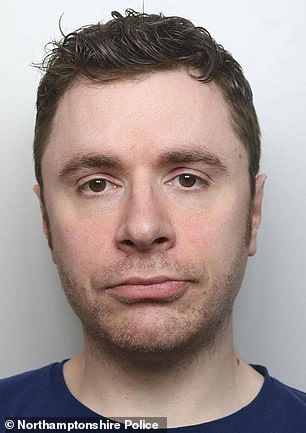 A convicted stalker was beginning his eight year jail sentence today after he crept into his victims’ home and started kissing her while she slept, before restraining her as she attempted to resist.

Just three months after Ian Essom was convicted for repeatedly stalking a girl half his age while she worked at a petrol station, he had moved onto his next victim and on November 18 2018 he intruded into her home and kissed her while she slept in bed.

The 41-year-old was handed a two year restraining order in August 2018 for repeatedly gazing at his young victim as she worked late shifts. The 21-year-old was so disturbed by the man who stared at her through the window, she pressed the panic alarm and he was arrested and charged with stalking offences.

Detective Sergeant Terry Rush, from the domestic abuse prevention and investigation team said: ‘Essom frightened the victim so much she had to leave her job at the petrol station and became isolated in her own home. She became paranoid and would be in constant fear of where he would be at any given time.’

The Northampton man was sentenced to 12 weeks in prison suspended for 12 months and ordered to pay £2,500 in compensation on August 23 2018.

Less than three months after his conviction, the Northampton man entered a property on Rivetts Close, Olney, at around 1am on November 18 2018 and found his victim asleep in bed. He began kissing her and restrained her when she resisted before fleeing the home. 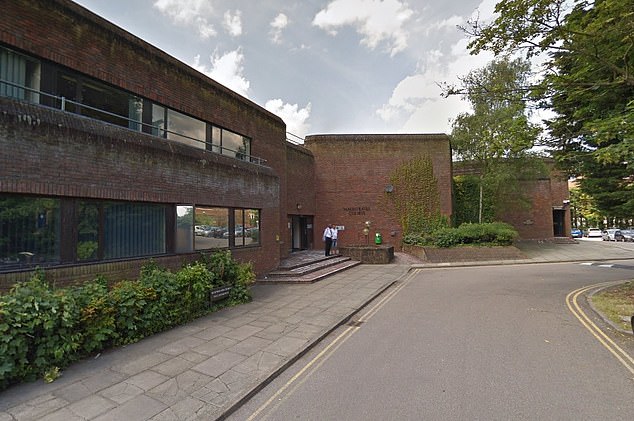 Essom of Ludlow Close, Northampton, was starting his eight year prison sentence after he was found by all members of the jury to have committed trespass with intent to commit a sexual offence

Today, Essom of Ludlow Close, Northampton, was starting his eight year prison sentence after he was found by all members of the jury to have committed trespass with intent to commit a sexual offence following a one day trial.

He was placed on be placed on the Sex Offenders register for life during his sentencing at Aylesbury Crown Court and given a total of eight years imprisonment.

Investigating officer Detective Constable Kim McHugh of Milton Keynes police station, said: ‘I would like to thank the victim for coming forward to police and for supporting us with the investigation.

‘She has shown great strength in giving evidence at trial.

‘Thames Valley Police does not tolerate this behaviour and we will work tirelessly to investigate thoroughly and bring offenders to justice.

‘I hope this conviction gives others the confidence to come forward and make a report to the police.’

Amateur female MMA fighter is in critical condition and ‘will not...