Jeremy Corbyn has said a ‘unanimous agreement’ was reached on the contents of the Labour manifesto at the party’s clause V meeting today.

The Labour leader was under pressure to make a clear commitment on Labour’s immigration policy as the party’s manifesto was finalised.

He previously championed a ‘fair immigration process’ which could include looking at whether freedom of movement will continue if Britain leaves the EU.

Speaking after the meeting, Mr Corbyn said: ‘We’ve reached unanimous agreement on the contents of our manifesto, which will be published next week.

‘That manifesto is a transformative document that will change the lives of the people of this country for the better.

‘It will be a once-in-a-generation opportunity to vote for a more egalitarian society that cares for all.

‘And I am very, very proud of the contents of it and I can’t wait to take those contents and its promise of a better Britain to everyone all around this country during our election campaign.’ 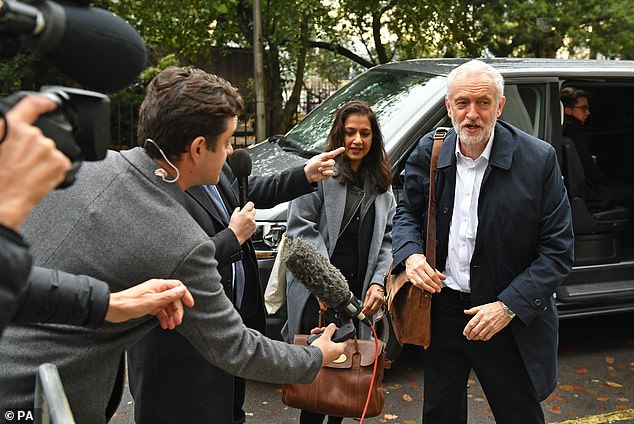 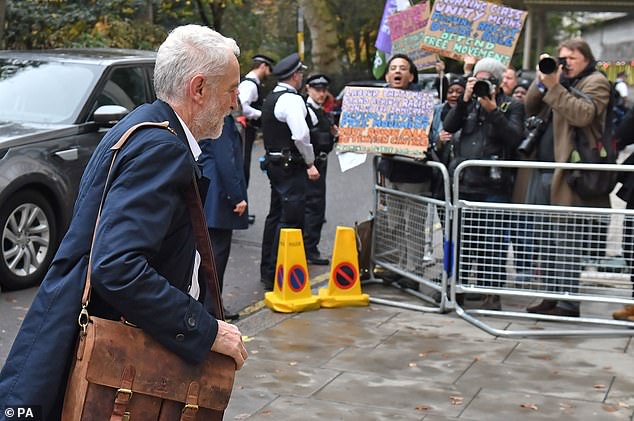 Mr Corbyn was set to back down to boost support in the party’s vulnerable heartlands despite the possibility of a backlash among grassroots activists who campaigned for the policies’ adoption.

The Labour leader vowed that the manifesto would ‘knock your socks off’ and met with his shadow cabinet, trade unions, affiliated organisations and the national policy forum to hammer out the final details in London.

Immigration has re-emerged as one of the major General Election battlegrounds and was among the discussions at today’s ‘Clause V’ meeting.

Mr Corbyn faced a front bench split however, following claims that a draft version of Labour’s manifesto contains a commitment to freedom of movement, according to The Daily Telegraph. 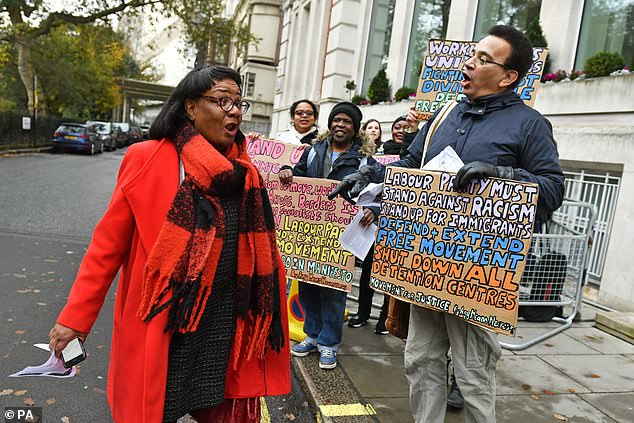 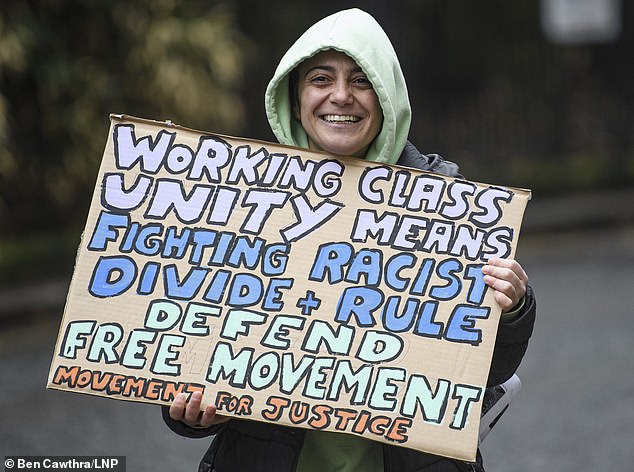 The newspaper quoted a shadow cabinet source as saying: ‘If we maintain a close relationship with the single market then we are going to have to maintain freedom of movement. That’s a given.’ 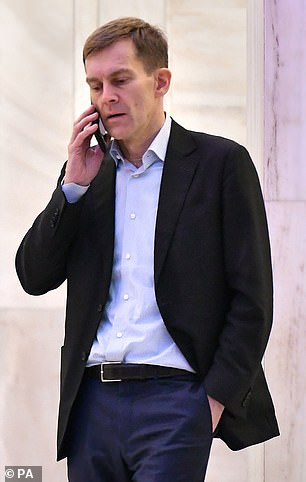 There were also reports that policies of extending free movement and giving foreign nationals the right to vote in all UK elections were expected to be watered down or scrapped, according to The Independent.

A spokeswoman for the Labour party said: ‘We didn’t provide any guidance for them ahead of the manifesto and won’t be for others.’

Campaigners are now warning that not giving immigrants the right to vote would fuel ‘xenophobia, scaremongering and hate crime’ and that backing down on this issue too would be ‘pandering to the negative portrayal of immigrants’.

The Liberal Democrats also challenged Mr Corbyn to commit to preserving free movement with the meeting just hours away.

‘Failure to do so would be a betrayal of future generations and of the millions of voters across the country who want their right to free movement defended.’ 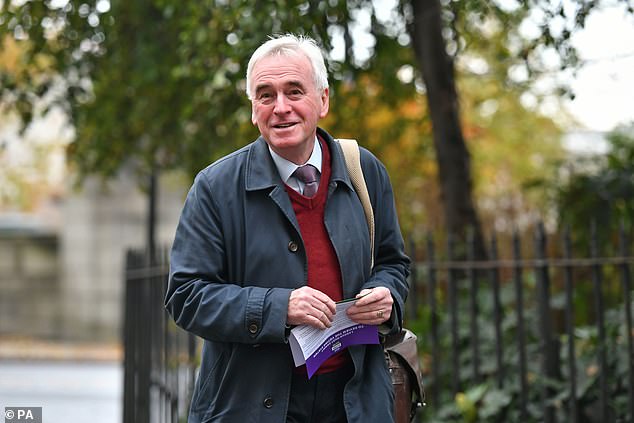 Earlier this week, Mr Corbyn accused the Tories of fabricating figures about immigration.

The Conservatives had claimed net migration under Labour ‘could increase to 840,000 per year’.

Home Secretary Priti Patel added that ‘immigration would surge’ after the party carried out analysis of its opposition’s supposed proposals for open borders.

So far Labour has announced a plan to create a publicly-owned broadband entity to deliver free full-fibre internet to the entire nation as well as boosts to the minimum wage and the NHS.

Mr Corbyn has pledged to deliver ‘the most radical and exciting plan for real change the British public has even seen’.

But the full details of the manifesto are set to remain tightly-sealed until the formal unveiling later down the line.

Meanwhile, the number of candidates running in the election has been confirmed.

There are 275 Brexit Party candidates standing despite Nigel Farage initially suggesting that his party would target every seat in Britain.

There was growing pressure on Mr Farage in the run-up to the close of nominations on Thursday to stand down Brexit Party candidates to avoid splitting the pro-Leave vote.

It was expected that there would be around 300 candidates running for Mr Farage’s party after he said that they would not contest the 317 seats which the Conservatives had won in the 2017 election.

The numbers were confirmed as Lord Falconer wrote to the Metropolitan Police Commissioner and Director of Public Prosecutions calling for a probe into claims the Tories offered peerages to senior Brexit Party figures in a bid to get them to stand aside.

The senior peer said the ‘exceptionally serious allegations’ should be investigated as a matter of urgency, and must be looked at by police in order to maintain public confidence in the integrity of the election.

Scotland Yard said it has received two allegations of electoral fraud and malpractice in relation to the 2019 General Election which are currently being assessed.

The heroes of London Bridge who worked together to take down...