Jeremy Paxman has shown his softer side after revealing his rescue spaniel Derek is his ‘reason to live.’

The journalist, famous for his abrasive interviewing style, got his canine companion three years ago and is a firm believer a dog can help beat loneliness.

He told the Sunday Express: ‘You’re never alone with a pet – most of my conversation each day is with Derek.

‘He doesn’t argue back. A home isn’t really a home without a dog or some other pet. Pets are a bit like politicians but nicer.’ 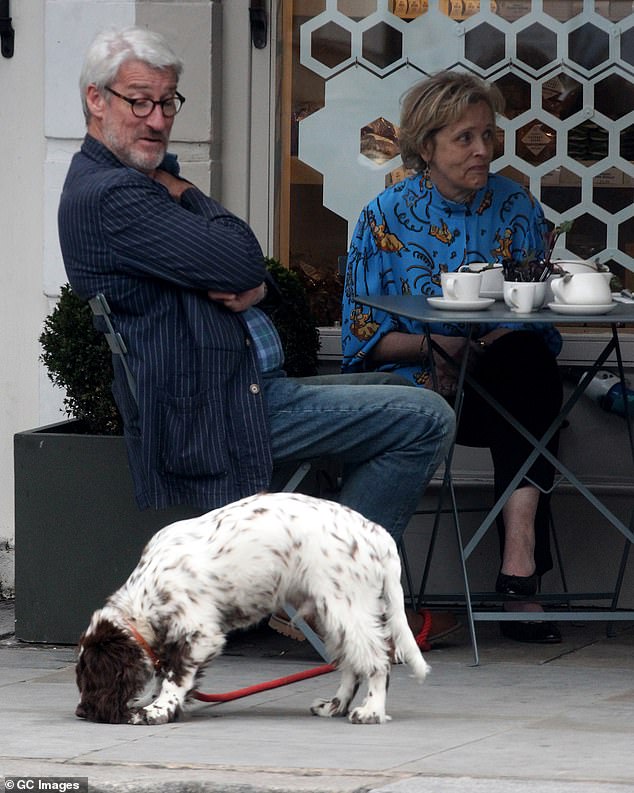 Jeremy Paxman seen having coffee with a friend in London, in September 2017, while keeping a close eye on Derek

The 69-year-old is so enamoured with his pooch he wants to make sure he is around as long as possible, so signed up for a dog first aid training course.

The former BBC Newsnight presenter added: ‘I was persuaded the other day that Derek was so important to my wellbeing that I really ought to attend a dog first aid training session.’

As part of the intensive session, owners were taught how to do a number of things that could help their dog such as the Heimlich manoevre, or what to do if your dog’s eye pops out.

The host of University Challenge admitted that when it came to carrying out mouth-to-mouth, he struggled. 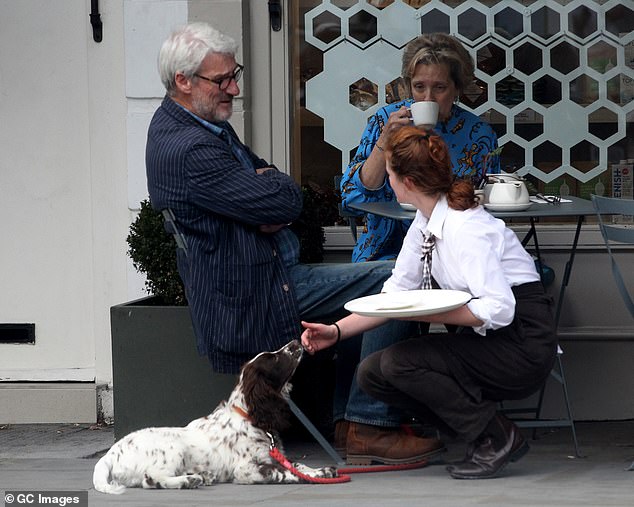 He added: ‘I can’t recall whether we were supposed to give first five puffs and then two – or vice versa – of mouth-to-snout when trying to revive a drowned dog (to be performed through a barrier in recognition of the fact that dogs’ noses visit some pretty unpleasant places).

‘And I intend no criticism of our instructor by saying that finding Derek’s pulse (in the groin of the hind leg joints) turned out to be harder than expected.’

Fans of the Great British Celebrity Bake Off earlier this year will remember Mr Paxman made ginger biscuits shaped like his dog Derek.

And while being interviewed he gestured to a picture of his adorable mutt on the work station.