Viewers who tuned in to watch the new series of The Crown have said they are struggling to adapt to the change of cast.

The latest episodes of the Netflix drama were made available in full on the streaming platform earlier this morning.

Millions of fans rushed to get their first glimpse of the new all-star cast that sees Olivia Colman as the Queen, Tobias Menzies as Prince Philip and Helena Bonham Carter as Princess Margaret.

But many soon took to social media to say that they had been left ‘disappointed’ and struggling to adjust to the new cast. 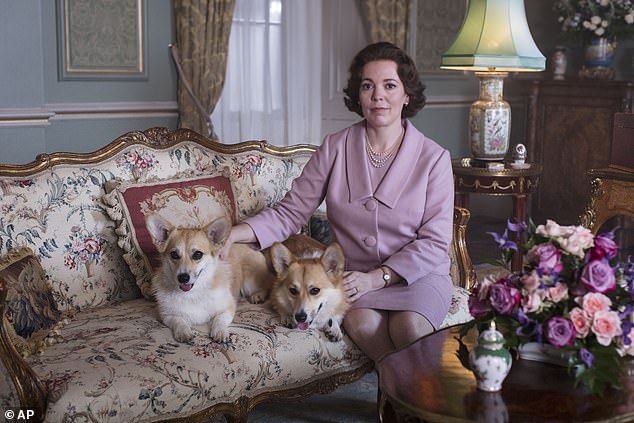 Series three of The Crown was made available in full on the streaming platform earlier this morning but has been met with mixed reaction by fans who say they preferred the previous cast. Pictured: Olivia Colman in the new series as the Queen

The top spots were previously held by Claire Foy as the Queen, Matt Smith as Prince Philip and Vanessa Kirby as Princess Margaret.

Last year, Foy won a Best Actress Emmy for her role in the drama.

But the cast had to be overhauled to keep up with the timeline of the drama. 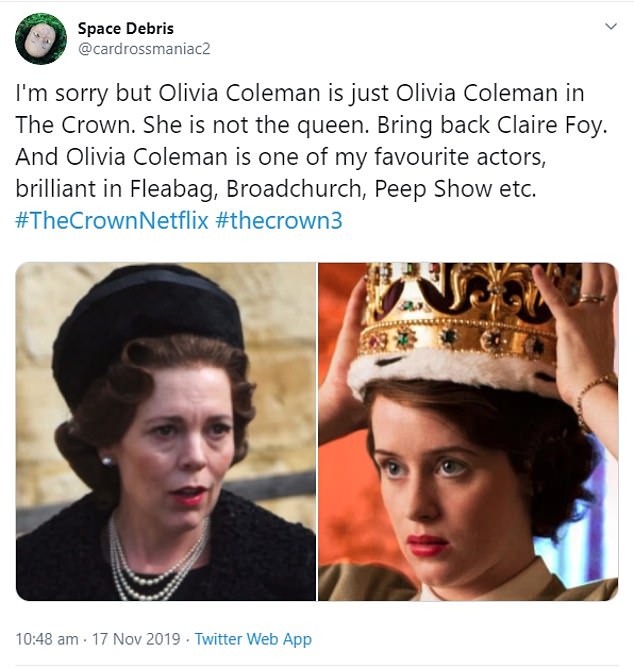 It therefore required more mature actors as the Queen entered into middle-age as the time lapsed between the series.

Series five is also expected to undergo another overhaul of actors to replace the likes of Olivia Colman.

Other fans of the royal drama were quick to come to the defence of the show as they branded it ‘exceptional’ and ‘by far the best’.

The new series has also previously come under fire after the Queen’s former press secretary accused it of ‘muckracking’.

Dickie Arbiter slammed the drama particularly in relation to the suggestion that she had an affair with horse race manager Lord Porchester.

The shows producer Peter Morgan had previously admitted to using artistic licence with the story lines but Buckingham Palace has so far refused to be drawn into debates.

Johnny Depp settles $350,000 lawsuit with attorneys he employed to sue...