The British-built Bloodhound LSR, dubbed the ‘world’s fastest car’, has hit speeds of 628mph during a warm-up for its 1,000mph record-breaking attempt, causing paint to peel off the vehicle as it went supersonic.

The landbound jet carried out the test run on a racetrack in the Hakskeenpan desert in South Africa this weekend. 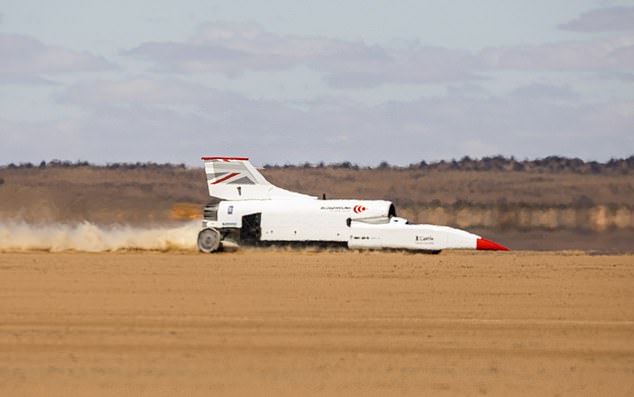 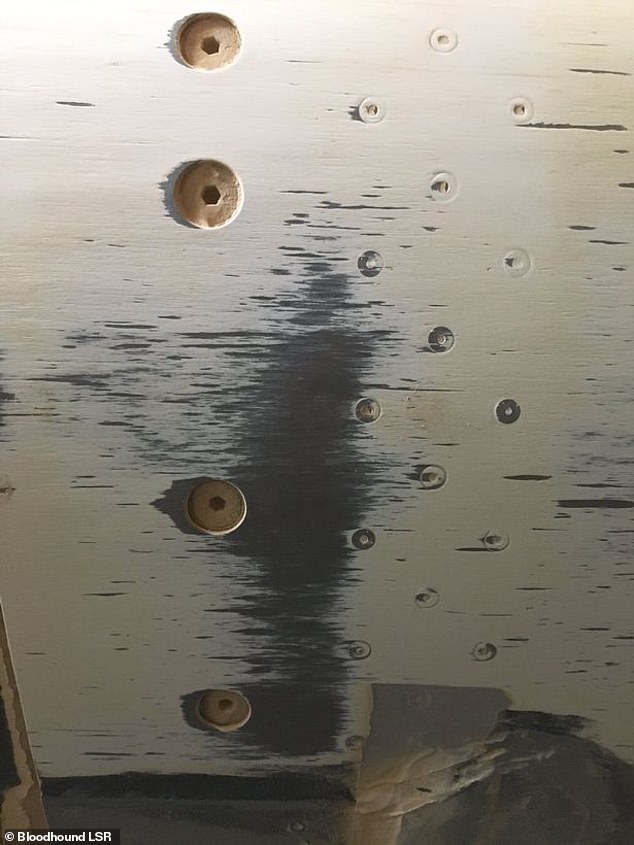 The vehicle’s speed caused paint to be stripped from the sides as it zoomed away.

Bloodhound LSR said: ‘Sensors during its 628mph run show that the airflow beneath the car went supersonic.

‘It stripped the paint from an area three metres back from the front wheels.’

Driver Andy Green, who already holds the land speed record, told the Mirror: ‘The stability and confidence the car gives me as a driver is testament to the years of world class engineering that has been invested in her by team members past and present. 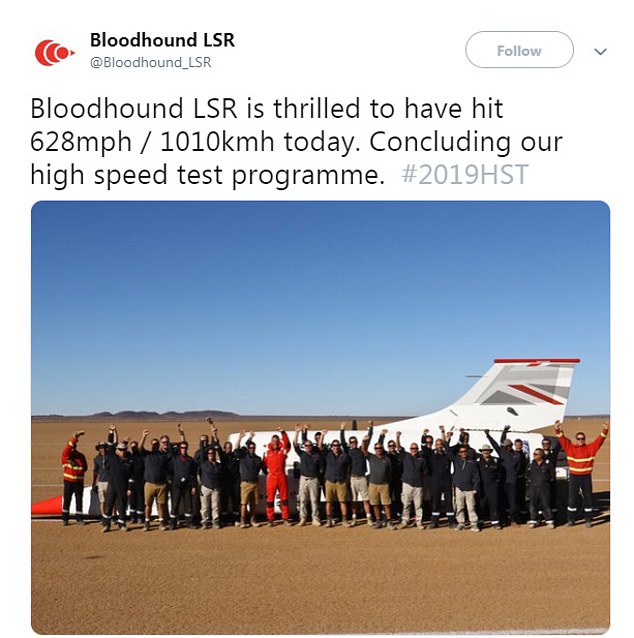 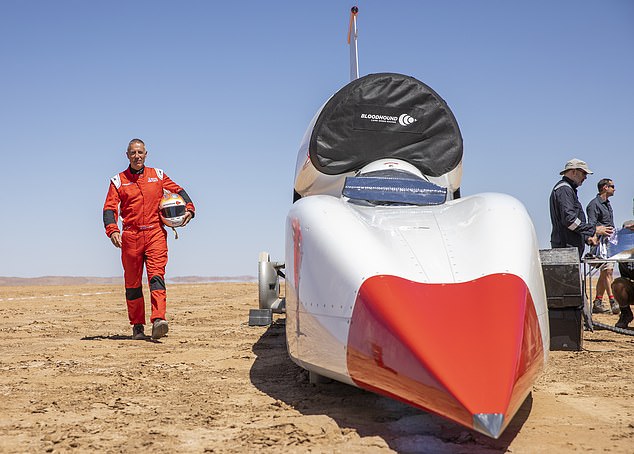 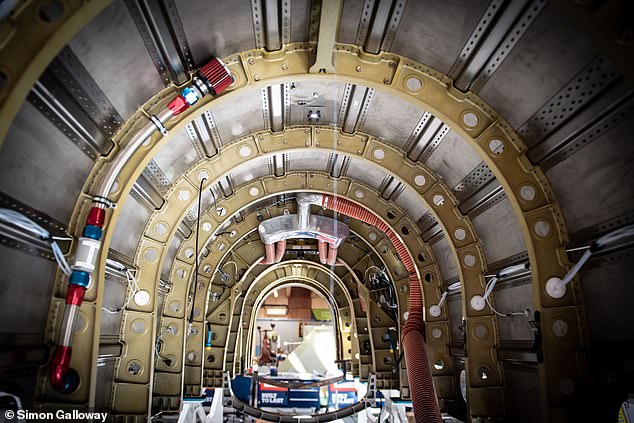 The Auxiliary fuel tank is installed on the Bloodhound LSR car as work continues on the car build during its high speed testing at Hakskeen Pan in Northern Cape, South Africa

‘With all the data generated by reaching 628mph, we’re in a great position to focus on setting a new world land speed record in the next year or so.’

Powered by a Rolls-Royce EJ200, the same jet engine used in the Eurofighter Typhoon fighter jet, the car hurtles so fast across the salt pan track that a twin parachute is needed to bring it to a halt.

With the aerodynamic lines of a rocket, Bloodhound was designed and built in Britain by Grafton LSR. 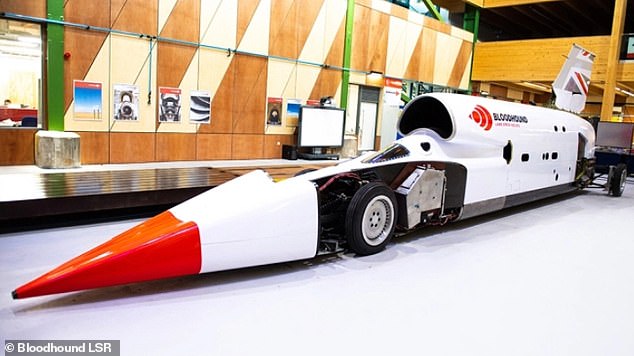 In northwestern South Africa, near the border with Namibia, the dry lake has an alkali playa, or baked mud, surface and has been painstakingly cleared of all rocks 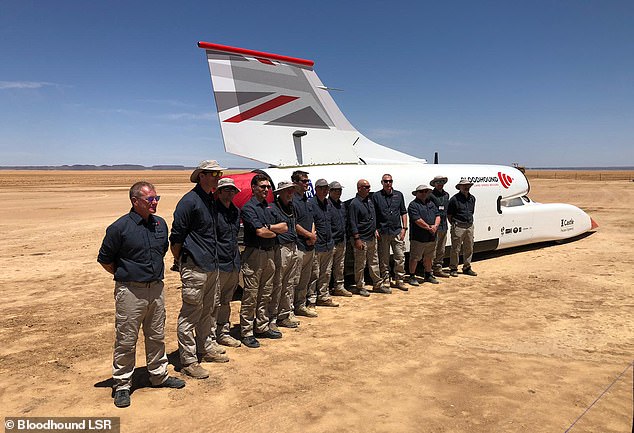 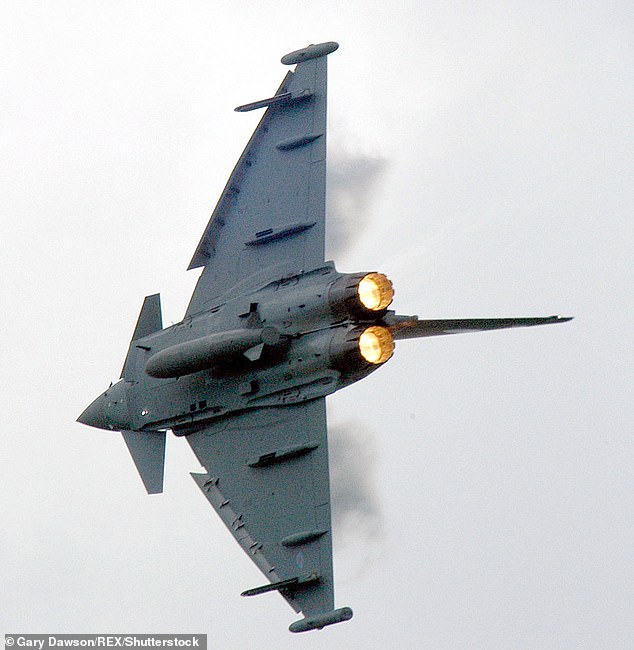 It was taken apart and air-freighted to South Africa, where it was reassembled. Its crew is working flat out in South Africa to refine all aspects of the car.

Phase one of Bloodhound LSR’s plans is to break the current world land speed record, which stands at 763mph.

It then hopes to reach the staggering speed of 1,000mph.

‘The whole team has been on a buzz since arriving here a few weeks ago to knock out the teething problems,’ said Green, 57, a jet fighter pilot for Britain’s Royal Air Force who says his hobby is driving straight-line racing cars. ‘We’re working together to get the car up to top speed.’

1963: American Craig Breedlove sets the first record with a jet-powered car, reaching 407mph, although it was not ratified as the official record until later

1997: Andy Green breaks the record twice in the same year in Nevada’s Black Rock Desert, reaching the current benchmark of 763mph in October that year while driving ThrustSSC