A group of disgruntled vegan fast food diners have rallied together to file a lawsuit against Burger King after the company were found to be cooking their meatless Impossible Burgers on the same grill as their beef patties.

The class-action lawsuit was filed by Phillip Williams on Monday, TMZ reported, claiming the chain advertises their Impossible Burgers as a vegan alternative to its meat products – however they’re all cooked on the same grill.

Williams says as a result of Burger King’s cooking methods, his supposedly meat-free meal was contaminated by meat by-products.

The burger in question was said to have been purchased at a franchise in Atlanta, Georgia. 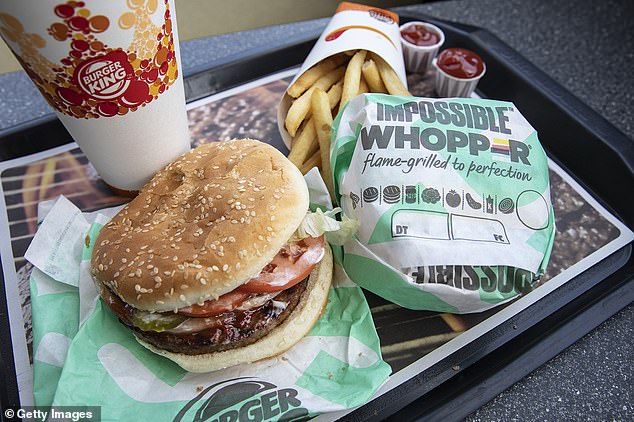 According to the lawsuit, ‘Burger King has no disclosures on its menu that would notify a consumer prior to the purchase of the Impossible Whopper that it was cooked in a manner that would result in meat by-products on the burger.’

Williams also cites several other similar complaints from vegans online who claimed to have had their Impossible Burgers cooked alongside regular beef patties.

As a result, Williams is seeking an unspecified amount of compensation in damages, and is also urging Burger King to stop cooking the Impossible Burgers on standard grills altogether.

Controversy over Burger King’s Impossible Burgers cooking methods were first sparked at the beginning of August when the chain’s US head, Chris Finazzo, told Bloomberg the vegan option would be cooked on the same broilers as chicken and beef.

Finazzo said the vegan Whopper would be made in an ‘open kitchen environment’, with Burger King also providing an asterisk on the product’s official launch page warning consumers of its cooking methods.

The announcement sparked outrage online, with would-be patrons voicing disgust that their meat-free food would be coming into contact with residuals of meat.

Burger King responded by assuring they would not be changing the ways it plans to cook the burgers. 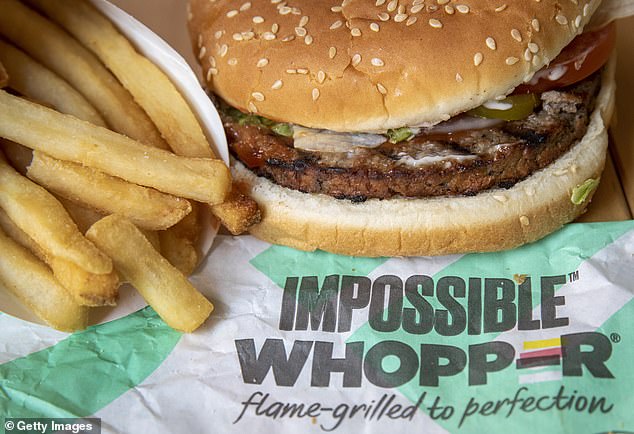 The class-action lawsuit was filed by Phillip Williams on Monday, TMZ reported, claiming the chain advertises their Impossible Burgers as a vegan alternative to its meat products – however they’re all cooked on the same grill

A spokesperson said customers could request their Impossible patty to be cooked on a different broiler to the meat, however vegans and vegetarians say they were never informed of such an option.

‘For anyone looking to eat the impossible whopper from Burger King, if you are Vegan do not eat that burger they cook it on the same grill as the regular dead cow burger! #BURGERKING #ImpossibleWhopper Is not vegan,’ tweeted one outraged vegan.

However, for now at least, the practice is unlikely to change, as cooking the Impossible Whopper on the same grill as regular burgers makes it easier and more efficient for Burger King to offer the meat-alternative in the first place.

In fact, the added logistical complexities of offering a plant-based option is one of the main factors preventing Burger King’s main competitor, McDonalds, from offering its own range of Impossible Burgers, or Beyond Meat patties.

Instead, the Golden Arches focusing on trimming down its menu to speed up service times and increase customer satisfaction.

According to CNBC, it’s also unlikely that most Burger King customers will care if the Impossible Whopper is being cooked on the same grills as meat products, for much of the demand for meat substitutes is coming from flexitarians, a group of omnivores looking to cut down on their meat consumption.

The outlet reported that data from the NPD Group showed that 95% of plant-based burger buyers have also bought a beef burger within the last year.

Corbyn says ‘BBC is biased towards saying Israel has a right...