A single father is being hailed as ‘dad of the year’ for the thoughtful way he handled his tween daughter’s first period.

Maverick Austin from Austin, Texas didn’t experience any of the discomfort or squeamishness that some men do when faced with menstruation, particularly the menstruation of their young daughters.

Rather, when his 11-year-old daughter Avi experienced the life milestone, he leaped into action, bring her a chance of clothes and stocking up on all things chocolate. 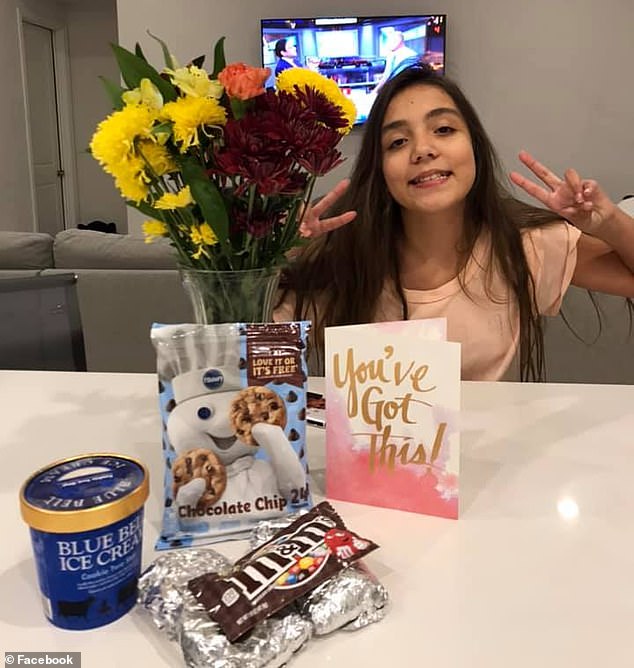 Top pop: Maverick Austin from Austin, Texas is being applauded for how he handled his 11-year-old daughter Avi’s first period

Maverick posted about the experience on Facebook — after making sure Avi was OK with it going public.

Avi had phoned him from school, telling him, ‘Dad, it’s weird, but I think I pooped my pants!’

‘So I rush to school take her a change of undies, put the old ones in a bag and rush back to my conference call and threw the bag in the kitchen trash,’ Maverick said.

‘Few hours later she calls and I had to put a very important work meeting I’m hosting on hold which I never do and she says, “Dad it happened again.”

‘I’m confused and very annoyed because I’m super busy… I yell, “Just wipe your butt better then stuff toilet paper in the back of your pants and I’ll have to call you back in an hour!” and I hang up.’

Blood tends to dry to a brownish-rush color, and menstrual blood — which is also mixed bits of uterine lining — can come out looking thick and brownish.

Maverick quickly had that realization.

‘A few minutes later it hits me… omg!!!’ he went on. ‘I rush to the trash to dig out and inspect the undies from earlier and scream, “That’s blood, not poop!!” 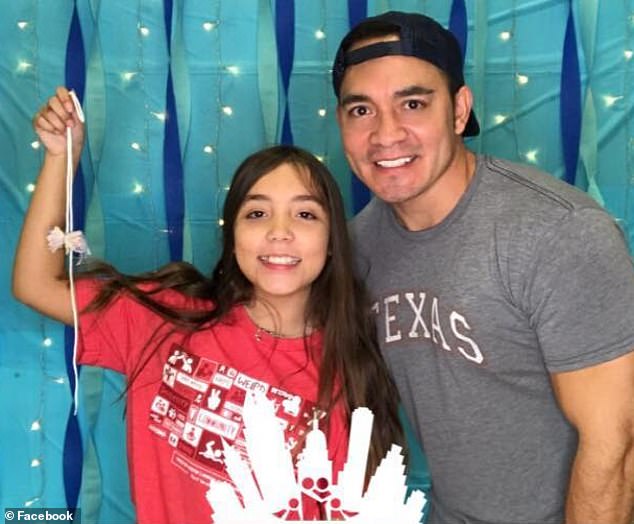 Respect: Maverick posted about the experience on Facebook — after making sure Avi was OK with it going public

‘I interrupt my project meeting and explain to my banking colleagues that I’m VERY sorry but I have to go! I’m racing to the school while calling them telling the nurse to “go find my child!” Speeding and having a panic attack because my child called me for help and I just “left her to die on the battlefield!”

‘I run in the office and she’s standing there very calm looking at me and says, “Dad…. I officially started my first…” and I stopped her and said, “I already know Avi… it hit me a few minutes after I hung up on you.” 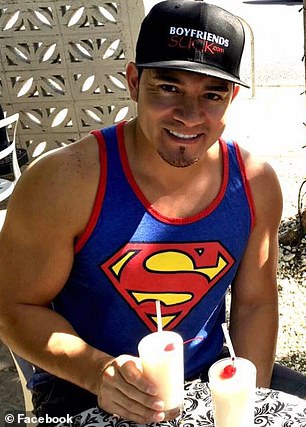 Doing it right: He got her a bunch of sweets to celebrate

Later, Avi reminded him that when a tooth falls out, a kid gets something from the tooth fairy — and asked whether she could expect something for her first period.

‘So I snuck off to the store and when she got out of the shower I told her “The Period Fairy” brought you something,’ he joked.

Maverick also included a photo of his daughter smiling over her loot, which included a card, cookie dough, M&Ms, and ice cream.

He further explained in the comments that he’d already had pads at home ‘for months’ in preparation.

His story and mature handling of the situation earned him plenty of internet applause.

‘Awwww that’s the best!!! And those are perfect treats. There should also be period fairies hahaha,’ wrote one.

‘Men don’t typically like to talk about “lady time”, but you are an awesome dad,’ said another. 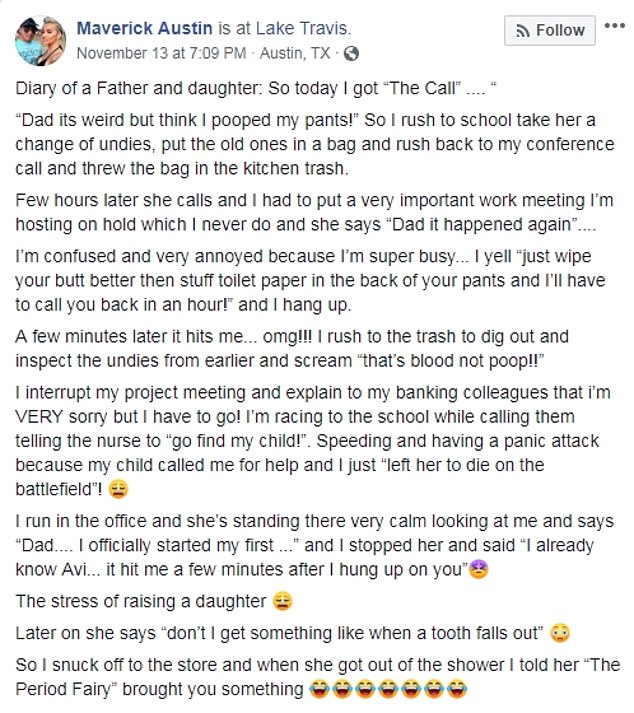 Smart: He further explained in the comments that he’d already had pads at home ‘for months’ in preparation

Maverick also commented again to share some inspiring words for other single parents.

‘The real point to any of this is that single parenting is hard, we all have strengths and weaknesses… but when I see parents trying really hard to be the best parent for THEIR child it melts my heart!’ he wrote.

‘When I see those parents posting a heartfelt all out effort to make their child smile and ensure they know they are loved… it INSPIRES me to try harder! Do more!

‘My daughter and I have struggled at times just like every family but we have developed a beautiful relationship and she tells me daily how much she loves me and why, and nothing else really matters besides that.

‘I’m no better a dad than any other dad I know, and I hope folks feel the need to “compare”. It’s really about inspiring other parents to “do more” when they can. I will always feel like I had the best mom and dad on the planet and I will never top trying to work as hard as them as a parent.

Epstein guard seen for first time since pleading not in inmate’s...