Recent weeks have seen a number of catastrophic floods ravage parts of Britain, causing huge levels of destruction to homes and businesses in the worst-hit areas.

For those living in particular regions, this is a common threat. Which means buying a suitable car that is best prepared to cope with high water levels is a consideration.

Fortunately, there are a few models you can buy new or nearly-new for as little as £7,000 that have significant wading depths – and not all of them are enormous SUVs. 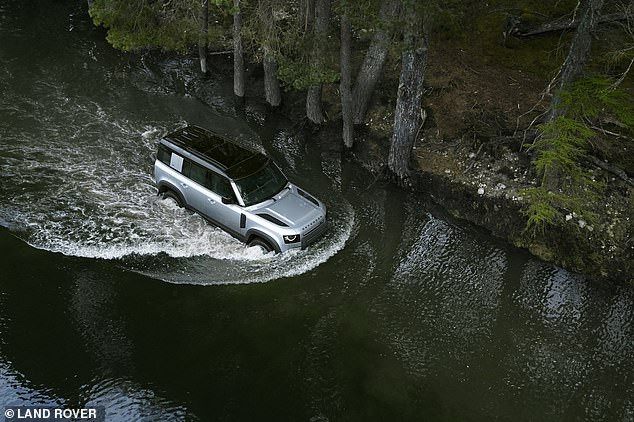 Flood-ready motors: The new car with the best wading depth isn’t quite in showrooms yet – the £45,000 all-new Land Rover Defender

Searches for off-road capable cars on the new and second-hand market are surging faster than usual as floods hit the headlines, says BuyaCar.

To provide some useful consumer advice to those living in high-risk areas, it has identified 10 new – or nearly new – cars that have impressive wading depths listed by the manufacturers.

This includes the pre-facelift Ford EcoSport, which is essentially a jacked-up Fiesta hatchback.

The raised suspension means it can plough through depths up to 550mm, which is around two feet.

That’s deeper than a Jeep Grand Cherokee, a VW Touareg and the enormous Mercedes GLS – all of which are significantly pricier than the smaller Ford crossover.

We’ve listed 10 models on the market that have manufacturer recommended wading depths of between 450mm to 900mm, with the all-new Land Rover Defender topping the rankings.

Unfortunately, you won’t be able to get your hands on one until early next year, but there are plenty of alternatives that almost match up. 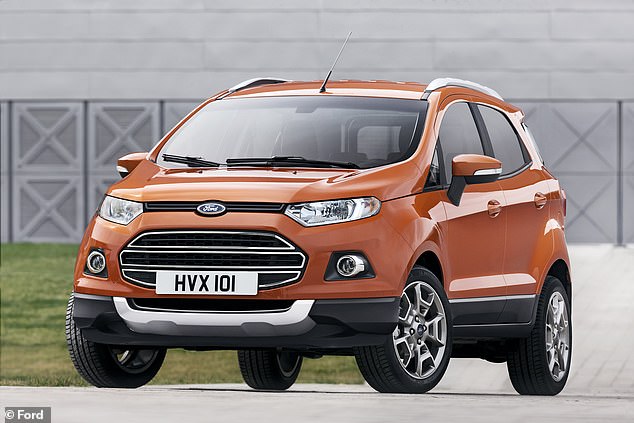 The EcoSport, which is essentially a jacked-up Ford Fiesta, in pre-facelift guise can clear waters up to 550mm 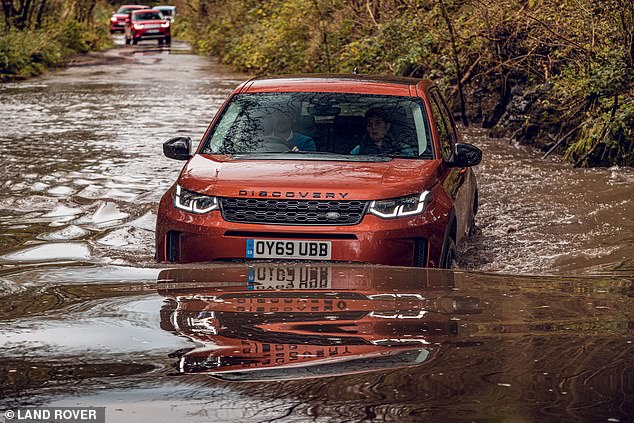 Another popular family-friendly car with above-average water resistance is the Land Rover Discovery Sport. It should be good for waters up to 600mm

Other notable 4×4 inclusions are the industrious Ford Ranger (800mm), Toyota Land Cruiser (700mm), Mitsubishi Shogun (700mm) and Toyota Hilux (700mm), all of which are as at home on a building site as they are an owner’s driveway.

The Land Rover Discovery Sport, with a wading depth of 600mm, is also a worthy mention, given its family car credentials.

BuyaCar’s recommended cars for those living in flood-risk areas

NB: All prices as new in UK

*nearly new prices according to values available currently at BuyaCar.co.uk as model is no longer available brand new

However, not all SUVs are designed to deal with such high levels of water, and BuyaCar is warning drivers to choose carefully as some could leave them stranded.

Attempting to drive through deep puddles or cross fords in them could leave owners stuck or having seriously damaged their car.

Christofer Lloyd, editor of BuyaCar.co.uk, explained: ‘Don’t think that all so-called off-roaders can deal with flooding. 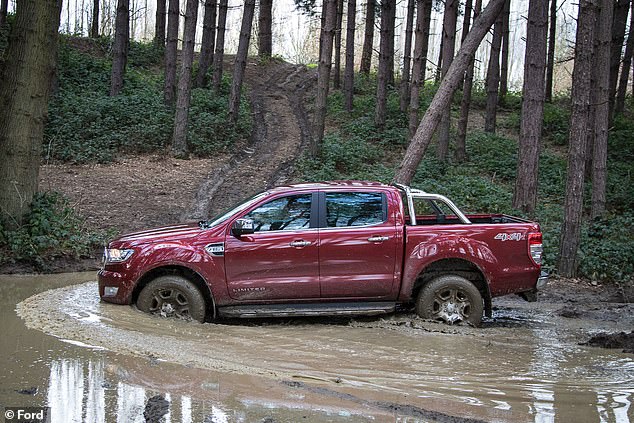 The Ford Raptor pick-up truck can seat up to five as it’s a twin-cab model. It can wade through waters up to 700mm 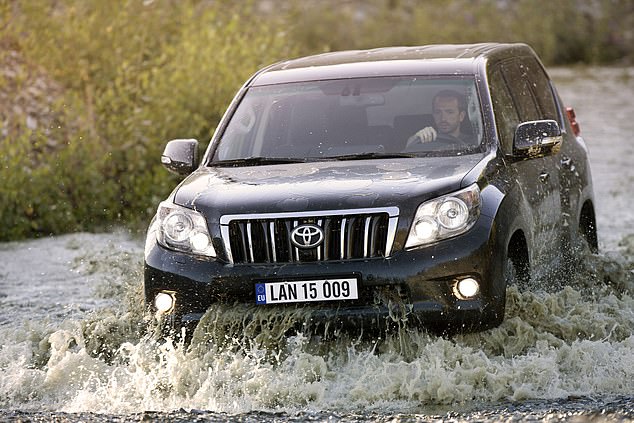 The durable Toyota Land Cruiser, which is available new from £40,995, is a reliable flood-zone motor with 700mm of recommended water clearance 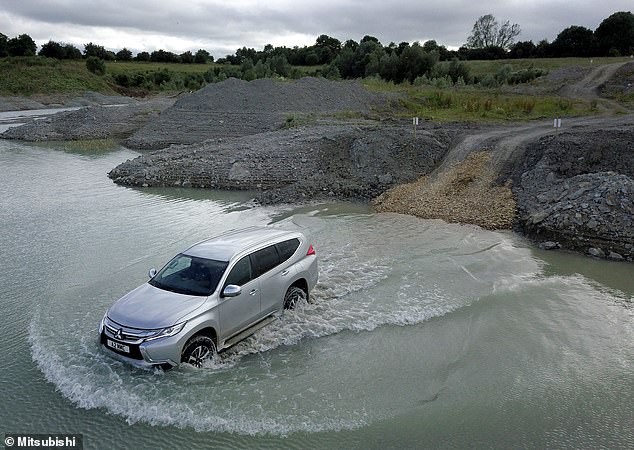 Like the two models pictured above, Mitsubishi’s large Shogun Sport can clear waters up to 700mm

He said the high-riding stance and boxy proportions could ‘lull some buyers into a false sense of security’ and end up leaving them stuck in relatively shallow water because it’s only rated as being capable of dealing levels up to 300mm.

‘The lesson is that a rugged image isn’t always the best indicator of a car’s capabilities and that some tough-looking models can barely cope with water any deeper than an ordinary hatchback,’ he added.

‘So, if you want an SUV that offers true ability in flooding and off-road, make sure you do your homework to ensure you pick a suitable model.’

Car buyers have been warned to do their homework, as not all large SUVs offer good wading depths. The £40,000 Mercedes-Benz GLC, for example, can only clear up to 300mm