A commuter has fallen under a Victoria line train from a packed platform in front of horrified eyewitnesses.

Former England cricketer Ebony Rainford-Brent was on the platform of Oxford Circus when the man tumbled in front of the train.

Ms Rainford-Brent said: ‘I cannot believe what I have just witnessed. Absolutely horric scenes at Oxford Circus and I just watched a man fall under the tube 2m in front of me. 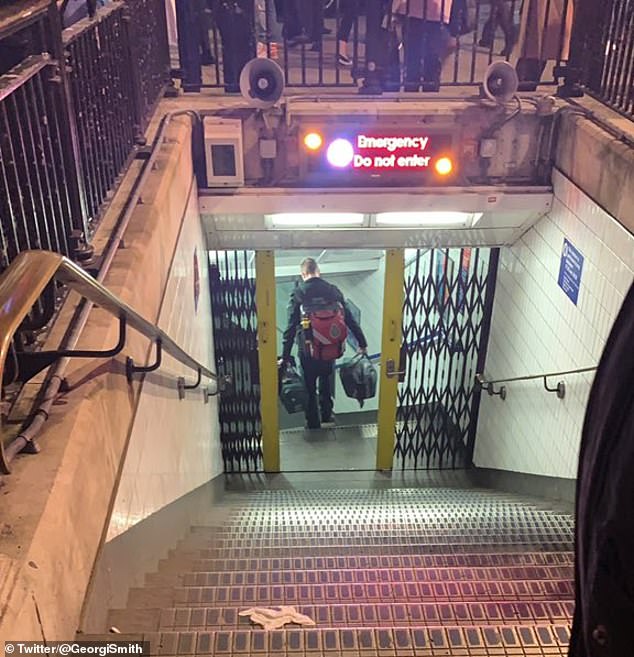 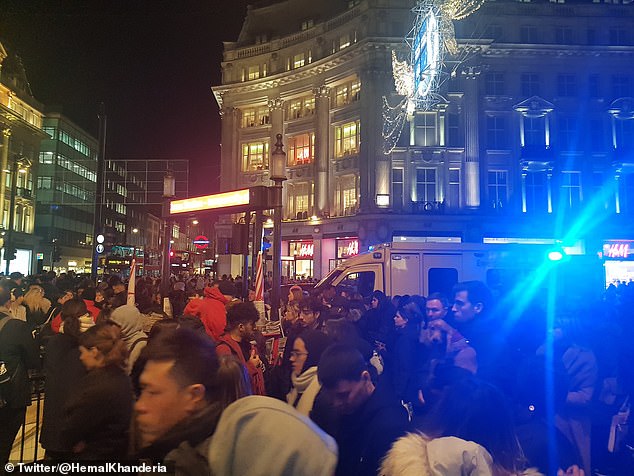 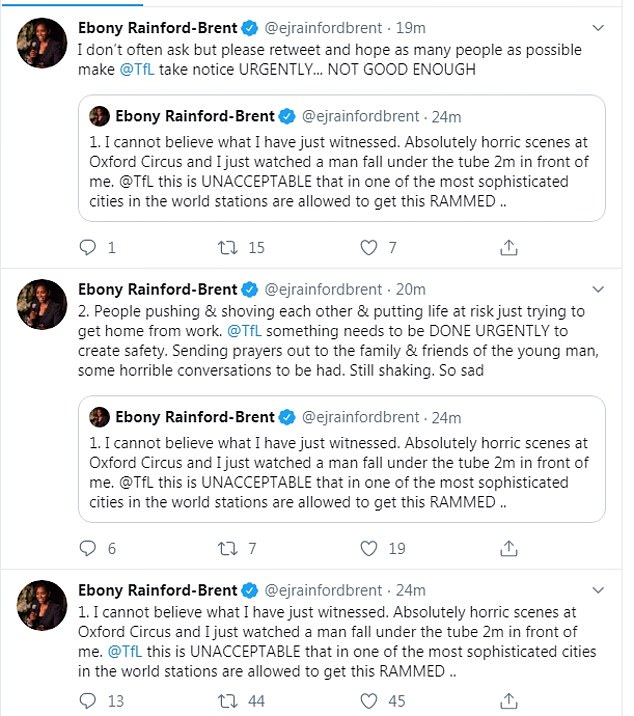 Former England cricketer Ebony Rainford-Brent was just two metres from the man when he fell in front of the Victoria Line tube train. She said people were pushing and shoving shortly before the incident. She said the platform was ‘rammed’ at the time

‘This is unacceptable that in one of the most sophisticated cities in the world stations are allowed to get this rammed.’

She continued: ‘People pushing & shoving each other & putting life at risk just trying to get home from work.

‘Something needs to be done urgently to create safety. Sending prayers out to the family and friends of the young man, some horrible conversations to be had. Still shaking. So sad.’ 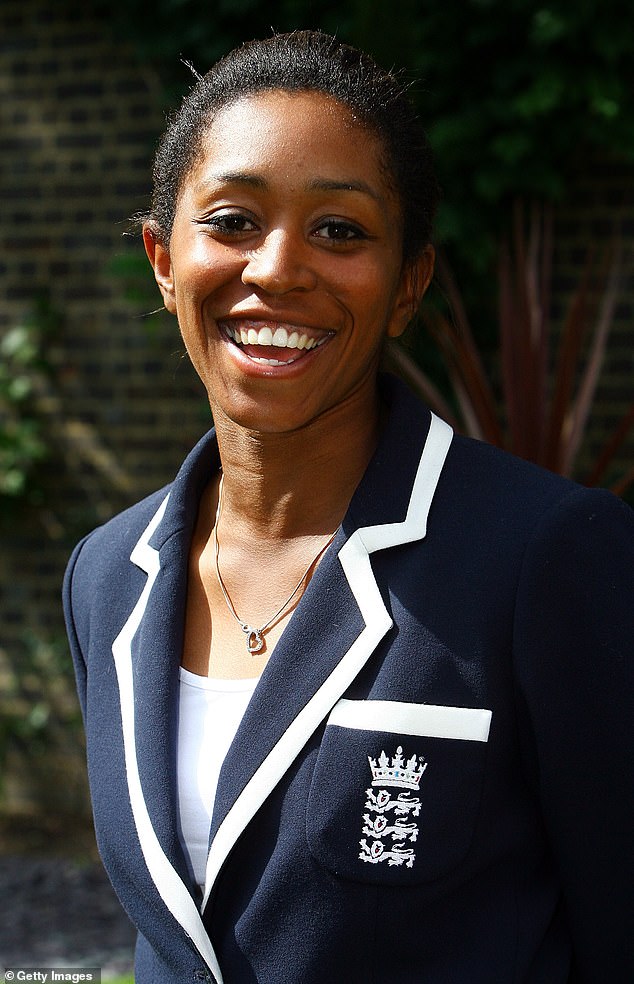 ‘Got some questions about Virginia Roberts’: Prince Andrew’s bombshell 5:50am email...