A 14-year-old student still recovering from a gunshot wound to the leg that he sustained in last week’s deadly California high school shooting says he is racked with guilt for fleeing instead of staying behind to help a dying classmate.

Andrew Gardetto was among five students who were shot at Saugus High School by their classmate early Thursday morning, two of them fatally. 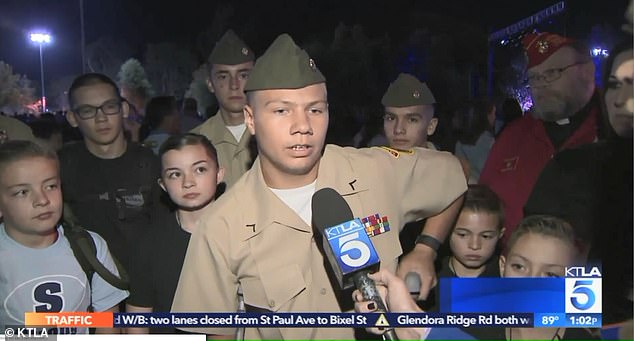 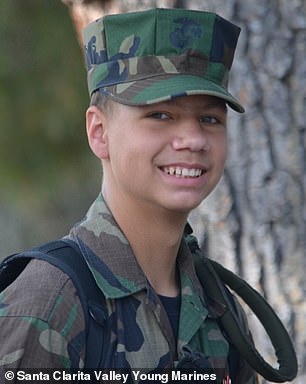 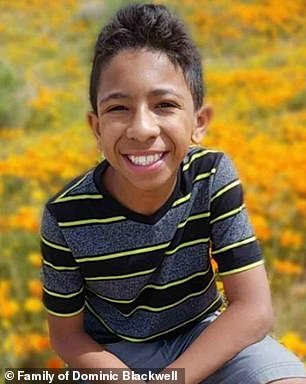 Gardetto said he feels guilty for running away from the gunfire, instead of staying behind and helping his mortally wounded classmate and friend, Dominic Blackwell, 14 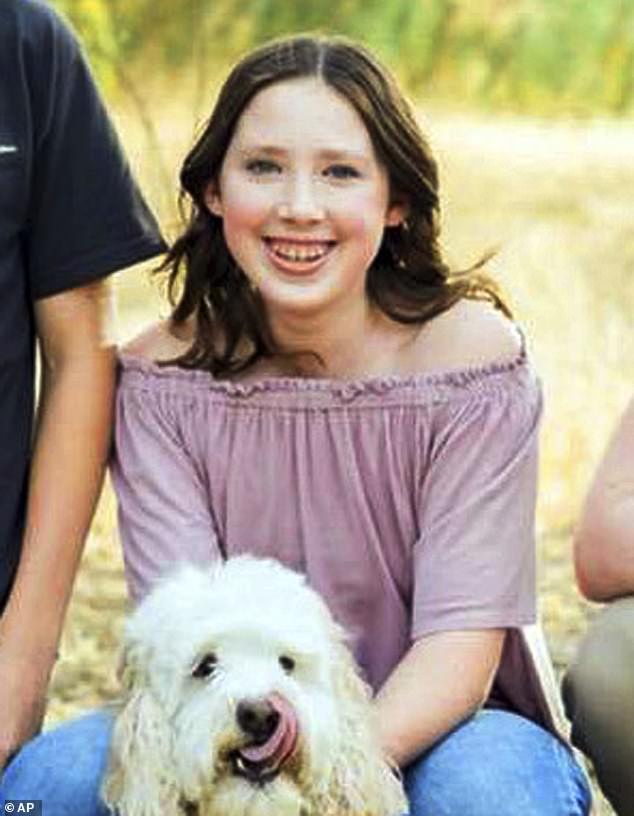 The gunman, 16-year-old Nathaniel Berhow, died the next day from a self-inflicted gunshot wound to the head.

A bullet struck Gardetto in his right thigh, but he was released from the hospital on Thursday night to continue his recovery at home. 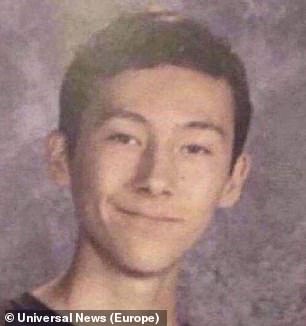 Gunman Nathaniel Bethow, 16, shot himself in the head and died at the hospital the next day

‘I feel a lot of guilt, because I could have helped Dominic and everyone else there,’ Gardetto told KTLA5. ‘But I chose to run. I feel really guilty for that.’

Gardetto recalled that when a burst of gunfire erupted in the high school quad at around 7.30am on Thursday, it sent students running for their lives, including him, even though he had been hit.

The teen speculated that because of the shock and adrenaline, it was not until later that he felt the pain from his wound. 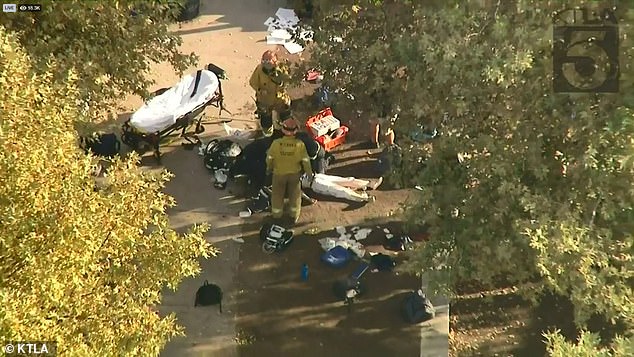 Shots were fired in the high school quad at around 7.30am on Thursday as students were milling about before class 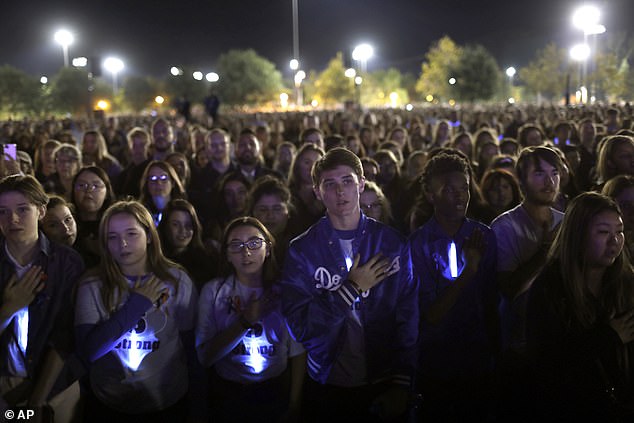 On Sunday, thousands gathered in Santa Clarita’s Central Park for a vigil to honor the victims 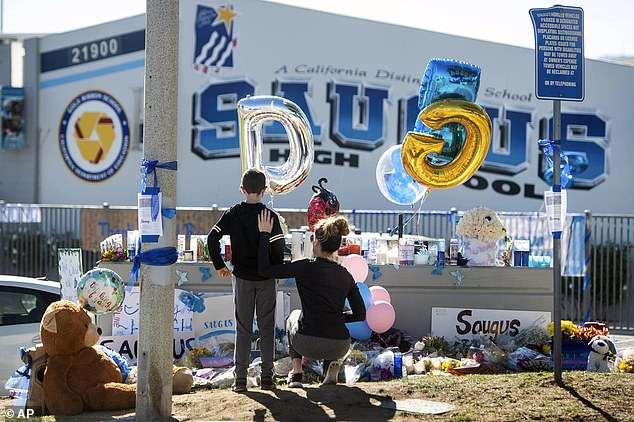 ‘The school shooter took away one of my friends,’ Gardetto said. ‘He injured me, he injured many people and he traumatized the entire school and community.’

Investigators still do not know what motivated Berthow, described by those who knew him as a well-liked teen and a good student, to open fire on his schoolmates at random and take his own life. Authorities say Berhow didn´t appear to be linked to any ideology.

On Tuesday, students were allowed back on the Saugus High School campus to retrieve their belongings left behind after gunfire erupted last Thursday.

Classes are cancelled until December 2, but administrators have scheduled counseling sessions this week to help students and staff deal with the trauma.