Thousands of British Airways passengers are stranded this morning after a computer system crash left planes unable to take off.

Flights across the Atlantic from the US, Canada and Mexico appeared worst-hit, with the Heathrow arrivals board showing almost all inbound planes delayed by several hours.

BA said a ‘small number’ of flights were affected, however dozens of passengers from airports between Cancun in Mexico and Chicago were complaining they were stuck on the ground and receiving little information from staff.

Flights from locations around the world, including New York, Los Angeles and Beijing, are now affected. 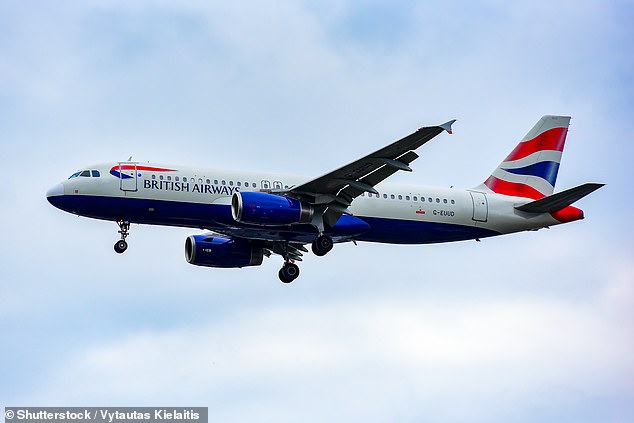 ARE YOU CAUGHT IN THE BA CHAOS?

One passenger, due to fly to London from Los Angeles, told MailOnline: ‘The woman I just spoke to said the flight-plan generator had crashed, it seemingly means pilots cannot get journey details and are left stranded.

‘We should have taken off hours ago and there’s no sign of us leaving. People are saying they have missed their connections already. It’s chaos.’

It was unclear whether planes would be able to depart Heathrow when the airport starts up on Thursday morning however departure boards showed planes expected to leave on time.

At least one flight, the 11:40 from Gatwick to Orlando, was cancelled at short notice seemingly as a knock-on from delays to the inbound plane. 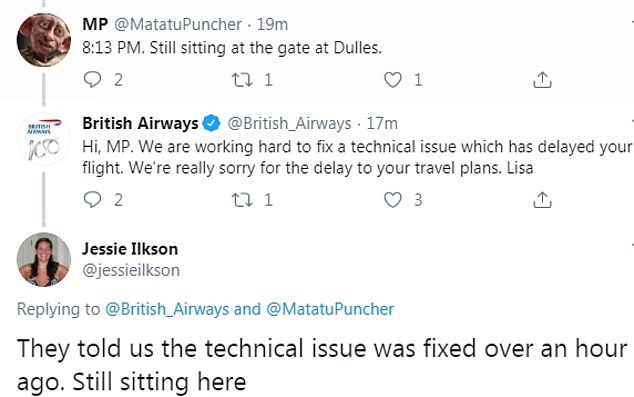 Some passengers complained about the lack of information from the airline

Liz Yates, from London who was due to on the inbound flight from Orlando to Gatwick told The Mirror: ‘The pilot said they don’t want us to board until they have a flight plan and because all the computers at Gatwick have gone down.

‘He came and made the announcement personally because they were mid attempting to board people in wheelchairs when they got the word.

‘They have to make some sort of arrangement with the Civil Aviation Authority.’

According to BA: ‘Our teams are working hard to fix a technical issue causing delays to a small number of flights this evening​.

‘We apologise to customers affected and we’re assisting them with alternative arrangements.’

The study that shows why Donald and Melania Trump are a...