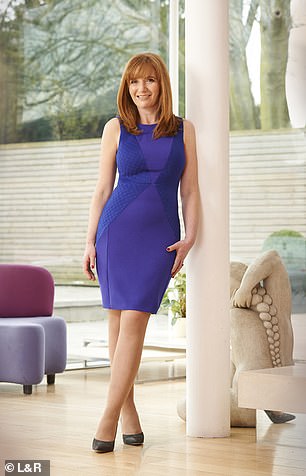 Curled up on the sofa on Tuesday night, I must admit I wasn’t giving the televised leadership debate between Jeremy Corbyn and Boris Johnson my fullest attention.

But then I heard it: a word so offensive and insensitive, suddenly I was all ears.

The word? My surname, Epstein. The name given to me at birth and which, lamentably, I share with paedophile Jeffrey Epstein (absolutely no relation).

Corbyn and Johnson were arguing the hot topic of the week; whether Prince Andrew was ‘fit for purpose’ following his ‘car crash’ interview about his relationship with the billionaire sex offender.

Only, to my absolute horror, the Labour leader didn’t pronounce his (our) name Epst-EE-n, which is the way it should be said.

He didn’t even make the common mistake of calling him Epst-INE, which people do with me every day, and which I rarely bother correcting. Instead, the pronunciation was unmistakably German — a gutteral EpSHTEIN.

For a moment, the air stilled and I winced.

Was I really hearing the man who wants to be prime minister say my surname with all the caricaturing of generations of anti-Semitism? 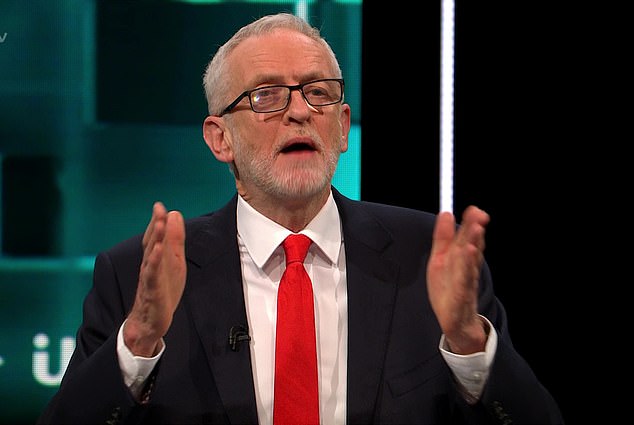 Curled up on the sofa on Tuesday night, I must admit I wasn’t giving the televised leadership debate between Jeremy Corbyn and Boris Johnson my fullest attention, writes Angela Epstein

Of course, Mr Corbyn could plead ignorance (he has form), though it’s hard to argue this was just a slip of the tongue.

Every Jewish person would be offended by the pronunciation and Corbyn should know that. If he didn’t, then that in itself tells you all you need to know. And if he did know… such a callous and provocative act would be utterly indefensible.

Let me explain why such a mis-pronunciation offends so deeply. 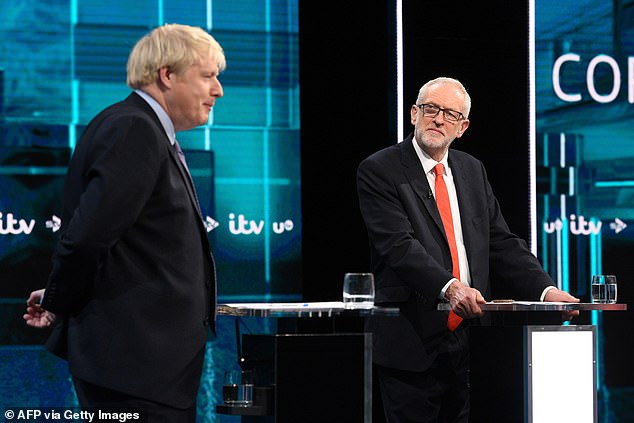 Mr Corbyn’s Germanic diction drips with memories of the ghetto — when, during World War II, six million Jews were murdered in the Holocaust.

Hearing EpSHtein spoken by someone not Jewish can’t be dismissed as an avuncular drop of Yiddish — as it would if a Jewish person had said it. Also, it had a way of ‘othering’ Jewish people. To mark them out as something foreign, alien.

Most of all, it was as if Corbyn was making sure — lest we forget — that the heinous paedophile, Jeffrey Epstein, was also a Jew. It felt as if he was taking a great deal of effort to imbue the surname with stereotypical Jewishness. Such Shylockian contempt was breathtaking.

I don’t know a single Epstein in any English-speaking country who pronounces our surname Corbyn’s way.

Like many Jewish people in the UK, I’m heart-sick over the anti-Semitic narrative spewing from Labour’s hard-Left as well as Corbyn’s abject failure to deal with the problem. 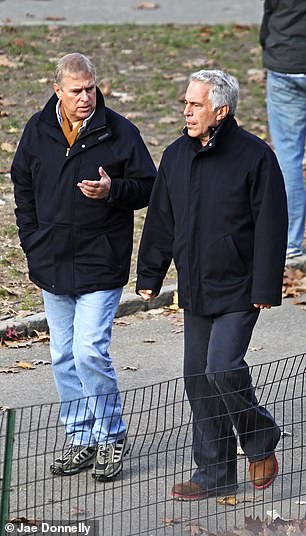 I was not alone on Tuesday. Within moments, social media rang with despair. Commenting on a tweet which asked ‘Does calling him ‘EpSHtein’ make him sound more Jewish?’, comedian David Baddiel said ‘every Jew noticed’.

Of course, there will be those who think we Jews are over-reacting. What’s in a name, when surely it’s the message we should be focusing on? And we shouldn’t forget the harrowing experiences of Epstein’s young victims.

But Corbyn’s pronunciation underscores the toxic state of Labour, once the electoral home of Jewish people thanks to its championing of the underdog.

Nowadays, as we gather around our Friday night dinner tables, we trade our fears about Labour getting the keys to No 10. We debate whether we would join the 47 per cent of Jewish people who have sworn to leave the UK if it happens.

Jewish people are intensely patriotic, as many have forebears who were grateful to be given refuge by this great country.

Every week, as part of the Sabbath morning service, the rabbi says a prayer for the Queen and Royal Family. We all need to remember that when anti-Semites in Labour attack Jewish people in this country, they attack all citizens of this country. We are one and the same.

I’m deeply proud of my surname and am horrified that it could ever be used in any potentially anti-Semitic agenda.

Hopefully, in time, my name will fade from its association with a warped billionaire who killed himself in jail while awaiting trial on sex-trafficking charges. But not if Jeremy Corbyn has anything to do with it.

Not if he becomes prime minister.