Up to a million students face chaos from Monday when university staff begin an eight-day strike over pay and pensions.

Lectures will be cancelled at 60 universities and key segments of courses will be lost as academics refuse to reschedule.

Students will also be denied tutorials and revision sessions at a time when many are working on end-of-term essays and preparing for January exams. 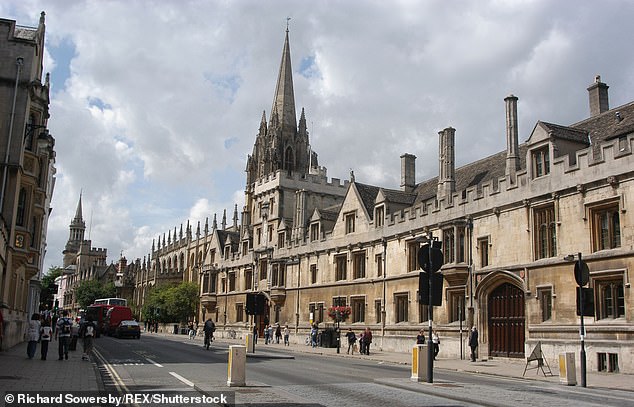 Lectures will be cancelled at 60 universities and key segments of courses will be lost as academics refuse to reschedule. Students will also be denied tutorials and revision sessions at a time when many are working on end-of-term essays and preparing for January exams.

The University and College Union (UCU), which organised the strike by 43,000 staff, said unless its demands are met there will be more walk-outs in spring in the run-up to the main exam season.

It will hold demonstrations on campuses, with many local branches offering ‘teach-outs’ on picket lines on topics such as climate change and race and gender pay gaps.

Elite universities affected include Oxford, Cambridge, Durham, Manchester, UCL, Exeter, Warwick and York, but organisers expect the largest demonstration to be at Goldsmiths, University of London.

Universities are likely to face compensation claims from students losing teaching hours despite paying up to £9,250 a year in tuition fees.

‘Staff are ready to take action to bring about systemic change. There is a real feeling of anger.’

Miss Grady said that because strikers will have their pay docked, they will not reschedule the activities they miss.

The union will also instruct members to ‘work to contract’ this winter, so they will refuse to do more than their contracted hours and will cease voluntary activities.

The union said workers will lose tens of thousands of pounds in their retirement packages despite paying more into their pension, the Universities Superannuation Scheme (USS). Other changes to the scheme include the scrapping of final salary pensions.

In a separate dispute, the union is fighting universities over pay and conditions including zero-hours contracts and gender and race salary gaps.

Professor Julia Buckingham, of Universities UK, said: ‘Employers have taken significant steps to protect the value of pensions and pay. Universities will do all they can to minimise the impact of any strike.’

Imelda Staunton is to take over from Claire Foy and Olivia...