The Duchess of Cambridge was forced to pull out of a glitzy awards ceremony last night due to ‘childcare problems’.

While Prince William attended the Tusk Conservation Awards solo, the Duchess of Cambridge had to make her apologies at the last minute and stay at home to look after their three children, Prince George, six, Princess Charlotte, four, and one-year-old Prince Louis.

It is understood one of the children was not feeling well and Kate felt she needed to stay with them as no one else could step in. 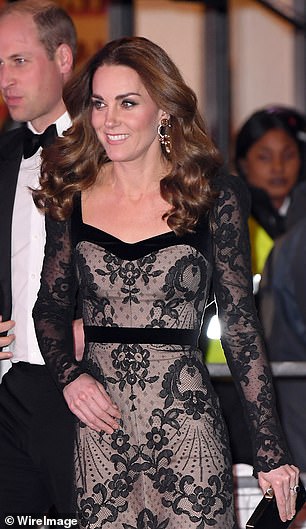 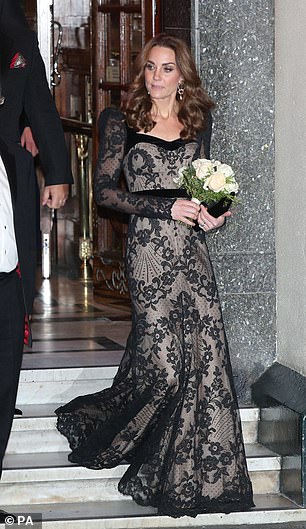 The Duchess of Cambridge on Monday. Kensington Palace announced today she will not be attending an event this evening ‘due to the children’

Instead of joining her husband at the event in London’s Leicester Square, Kate met the award finalists earlier in the day for tea at Kensington Palace.

William was met at the event by Sir Kenneth Olisa, the Lord Lieutenant of London, before walking the green carpet.

Welcoming the prince during the ceremony, Tusk chief executive Charlie Mayhew told him: ‘From the outset you have taken such a close personal interest in the individuals that we look to recognise each year.

‘I know how much the finalists appreciated meeting you and the duchess in private today. 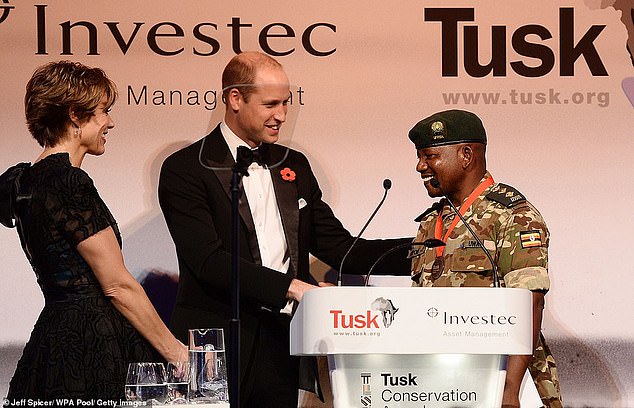 William is pictured at last year’s event. He said the awards ‘mean a great deal to me personally’

‘It means a great deal to them that you both care so much about preserving the natural world.’

William looked dapper as he arrived to cheers and loud drumming from the UK-based Ghanaian band One Drum.

As patron of the charity, he presented three awards at the ceremony to mark conservation efforts in Africa. 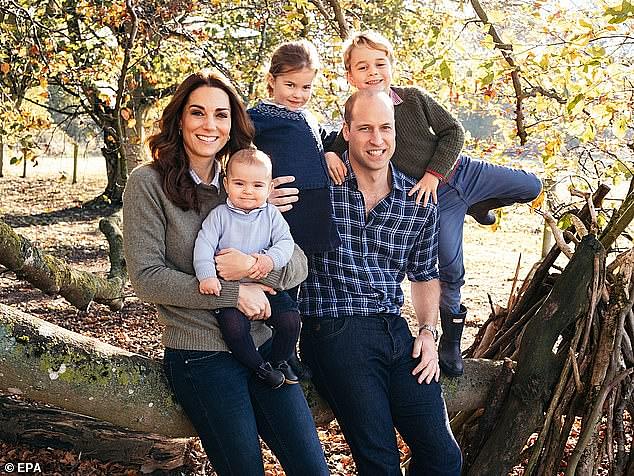 The Cambridges, pictured in Norfolk in autumn 2018. The children are not said to be unwell

Body believed to be that of Aniah Blanchard is found in...