The traffic in Los Angeles is notoriously bad with drivers not very forgiving of any hold ups.

But, despite that, James Corden and his theater gang took their lives in their hands to perform songs from Frozen 2, along with stars Kristen Bell as Anna, Idina Menzel as Elsa, Josh Gad as snowman Olaf and Jonathan Groff as reindeer wrangler Kristoff, on a busy crosswalk in the city.

The ensemble rushed into the road at Genesee and Beverly Blvd outside the CBS studios when the light changed not once but FOUR times to sing snippets from the Disney musical on Wednesday. 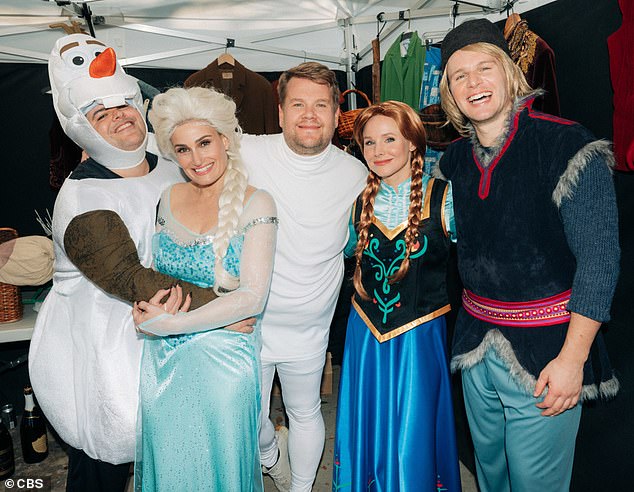 Kristen spoofed: ‘This is literally a dream come true. Ever since I was a little kid I’ve been rushing onto cross walks and bursting into song.

‘It’s actually a serious problem and there have been a few close calls.’

But the stars looked bemused when James announced himself as Elsa, rather than Idina.

He explained, in a cut away, ‘I’m aware [Idina] played Elsa in the movie and I’m sure she was fine. But this is a live performance, something Idina knows very little about.’ 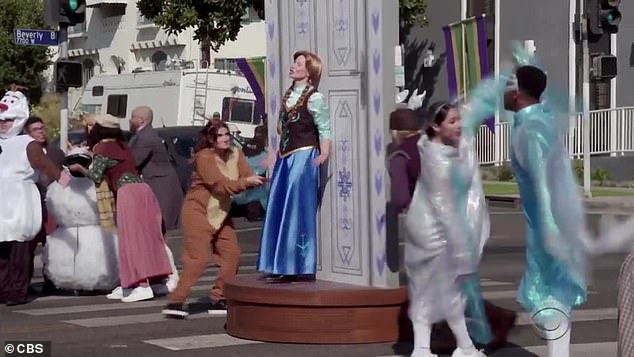 First up: The gang dance as they pull the set out for Anna’s first song 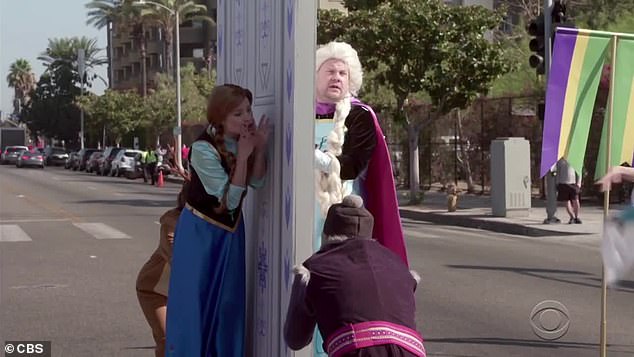 Tough gig: She tries to persuade sister Elsa, hilariously played by James, out of her bedroom before the traffic lights change

She is, of course, an award-winning Broadway star.

But the stars voted him out of the role when Idina beat him in a sing-off.

James was relegated to playing a snowflake, a character who does’t actually appear in the Disney films. 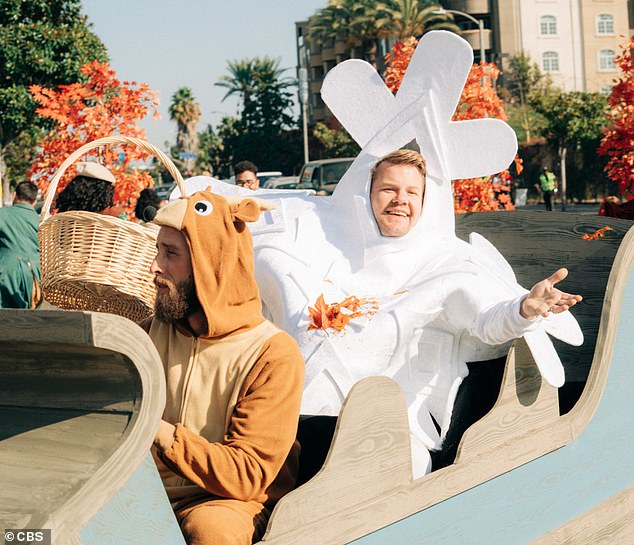 Making the mot of his part: James played a snowflake in the fall after his cast mates voted him out of the role of Elsa and gave it to Idina Menzel who voiced the princess in the movie 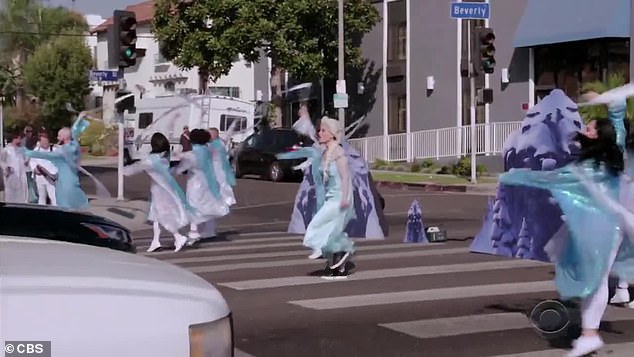 Challenging roles: The cast had to rush off the cross walk when the lights changed 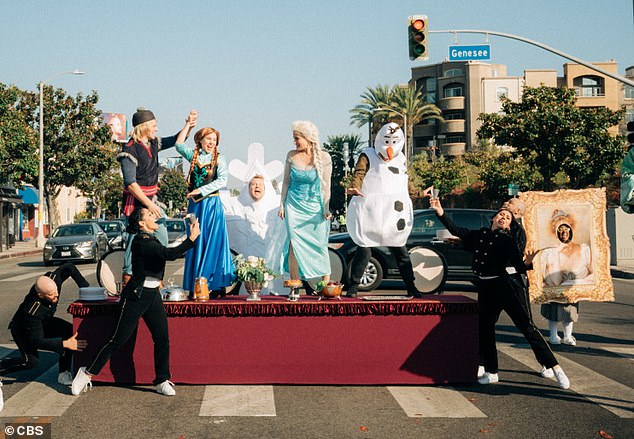 The lights are stiill red: Jonathan Groff as reindeer wrangler Kristoff, Kristen as Anna, James as the Snowflake Idina as Elsa, and Josh Gad as snowman Olaf on ‘stage’

The group donned costumes, used props and were joined by backup dancers to perform songs in front of unsuspecting drivers. Idina even jumped on the hood of one car for her big finale.

It’s not James’ first Crosswalk Musical. In June he confused Parisians by doing Les Miserables on the streets of the French capital.

And in 2017 he put on Beauty And The Beast on Genesee and Beverly Blvds. 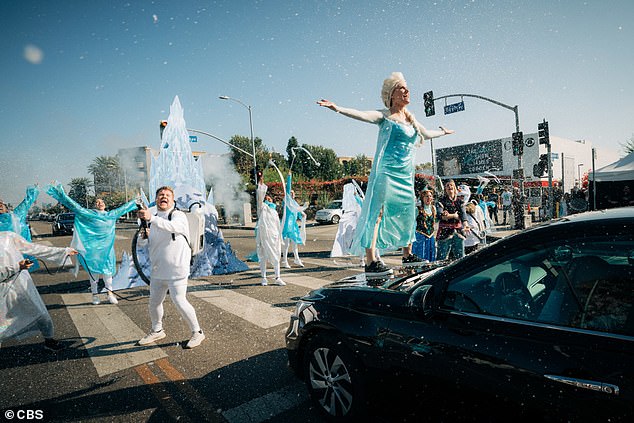 Particularly risky: Idina even jumped on the hood of one car for her big finale 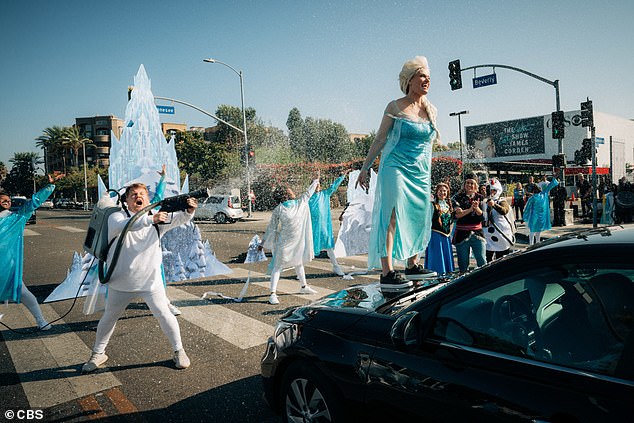 Who needs snowballs?: James pumped fake snow on to her and the bemused driver 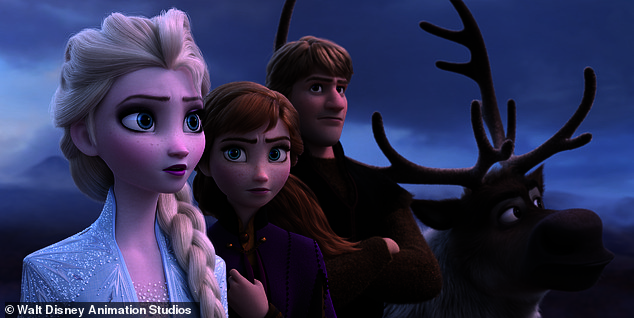