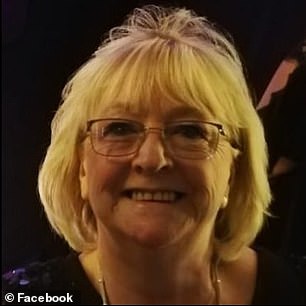 A grandmother from Leeds has claimed she is the TV viewer whose question unwittingly ended Prince Andrew’s royal career – and was stunned by the reaction to her leaders’ debate intervention.

Sue Hepworth, 66, a retired focus group mediator, called MailOnline to say she put the question – ‘Is the monarchy fit for purpose?’ – forward to be used by ITV host Julie Etchingham as she grilled Number 10 hopefuls Jeremy Corbyn and Boris Johnson.

Ms Hepworth’s question was the catalyst which saw Prince Andrew sacked from public duties, because ordinary people were starting to question the institution over the Duke of York’s explosive TV interview, it emerged earlier today.

The grandmother, 66, told MailOnline she is an ardent supporter of the monarchy and is dismayed at the effect her simple query had.

She said: ‘I was not in any way implying or referring to Prince Andrew’s case, but obviously that’s the way [host Julie Etchingham] took it.

‘I sent an e-mail in two weeks ago. They contacted me on the day of the programme to say they quite liked the question and might be using it. 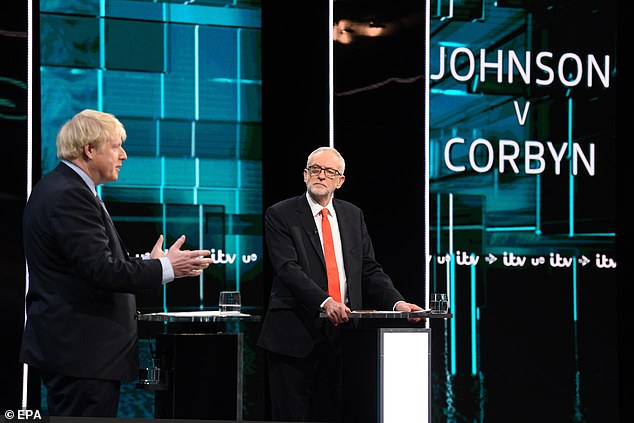 Julie Etchingham, who was chairing the debate, put the question to party leaders Jeremy Corbyn and Boris Johnson (pictured), in a move that sent shockwaves through the palace

Ms Hepworth added that the question ‘wasn’t about Prince Andrew’, but said the ‘situation got in the way’ of her query.

‘Boris Johnson said the institution of the monarchy is beyond reproach and that is what I believe. That’s why I am so upset by what has happened’, she added.

‘I feel like I have stuck a knife in the royal family.’

Ms Hepworth said she will vote for the Conservatives at the next election, which is set to take place on December 12.

‘I do feel that [Johnson] is the only person who is going to get us through Brexit’, she said.

‘He seems to be doing the right thing and has the people at heart. But he’s not a very good speaker and Corbyn is, he is very eloquent and people listen to him.

‘I’ve never done anything like this in my life before but I am so worried that Corbyn might get in that I felt I had to do something.

‘My family have been very supportive but they are joking now, calling me “Sue from Leeds” all the time!’ 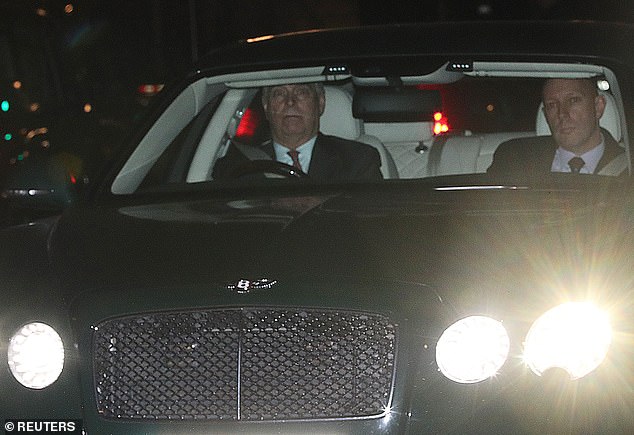 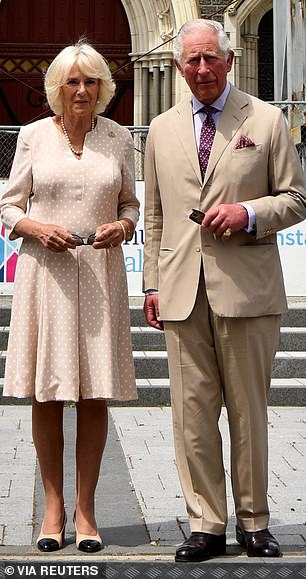 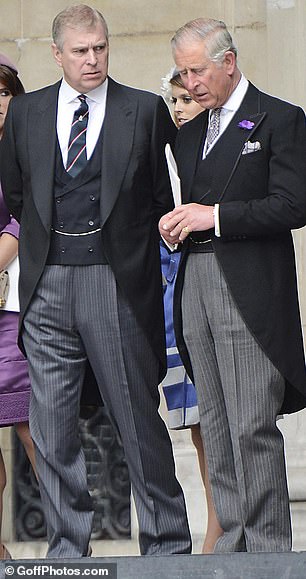 Charles (left, in New Zealand with Camilla today) urged the Queen to have Andrew (right, with his brother) step down from royal duties

Prince Charles told the Queen to make the Duke of York step down from public life over fears that the Epstein scandal was overshadowing the general election.

Ms Etchingham, who was chairing the debate, put Ms Hepworth’s question to party leaders Corbyn and Johnson, in a move that sent shockwaves through Buckingham Palace.

Royal sources claim in that moment, the Prince of Wales became convinced that his brother’s friendship with Jeffrey Epstein had become too much of a distraction.

Fears that the issue could be perceived as interfering with democracy served as the tipping point for the Prince of Wales, according to the Guardian.

The future king took it upon himself to speak about the issue with his mother, who effectively sacked the Duke of York from public duty at Charles’ behest. 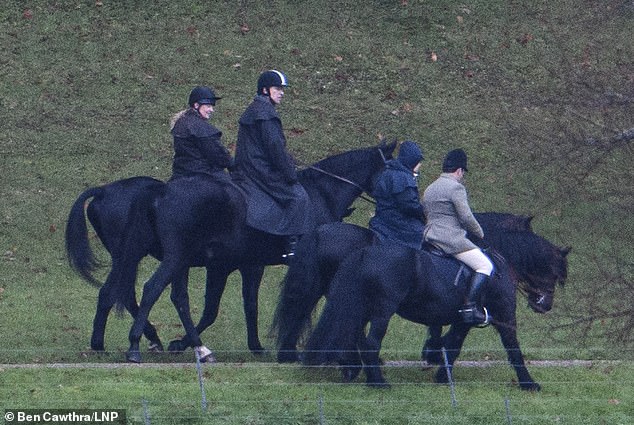 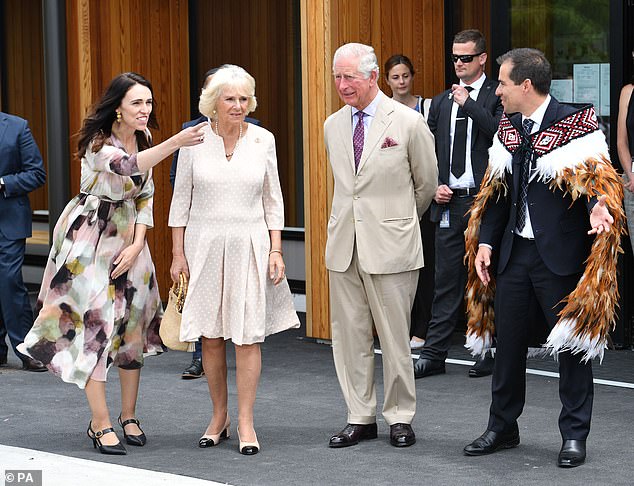 Senior aides are also said to have expressed similar worries to the Queen about distracting from the election.

Other worries circulated about the fallout upstaging Charles and Camilla’s royal tour of New Zealand, with the pair heckled at one point in Christchurch today.

After sacking her ‘favourite son’, the Queen today gave a defiant show of support for Prince Andrew as she took him riding.

Her Majesty and her ‘favourite son’ rode in the rain through the grounds of Windsor Castle this morning.

Andrew was last night forced to pull out of a work junket to Bahrain this weekend after being persuaded by his family that it was ‘not a good idea’.

He had planned to fly to the Middle East to attend an event for with his Pitch@Palace initiative – less than 72 hours after being forced to retire from royal duties.

But hours after details of Andrew’s foreign jaunt emerged, sources said he had decided to cancel it and was with his mother instead today.

Despite the setback, he seemed upbeat yesterday. Dressed in a suit and tie, he gave a wave and a smile as he drove away from his family home in Windsor Great Park. 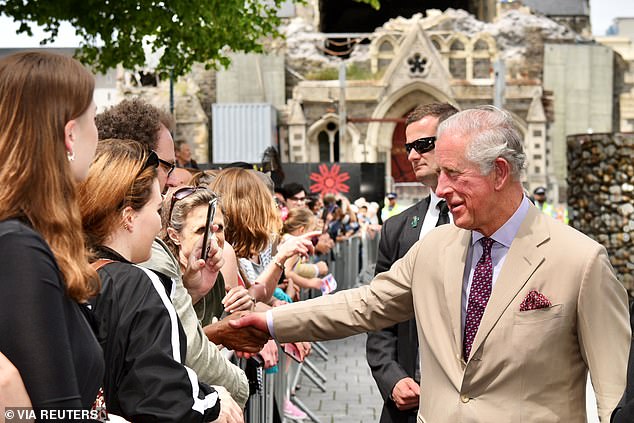 The Prince of Wales greeted people during a public walk in Christchurch, New Zealand 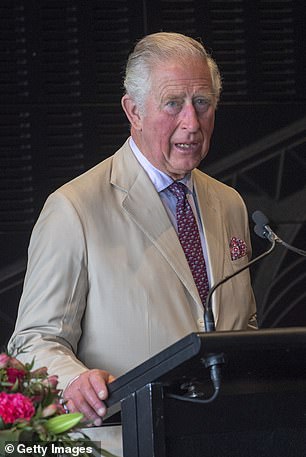 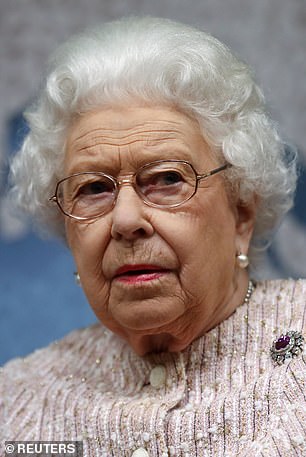 The future king (in Christchurch today, left) took it upon himself to speak about the issue with his mother (right), who effectively sacked the Duke of York from public duty at Charles’ behest

Later his ex-wife Sarah Ferguson was also all smiles as she was seen arriving at Buckingham Palace.

The prince announced on Wednesday evening his intention to ‘step back from public duties for the foreseeable future’ after he was widely criticised for his comments during a BBC Newsnight interview.

He was accused of showing a lack of empathy for Epstein’s victims and no remorse over his friendship with the financier. But yesterday’s cancelled plans to go to Bahrain proved, however, that he still clearly plans to continue working on private initiatives.

A source close to Andrew put a positive spin on this week’s dramatic events, saying: ‘Despite everything the duke is getting a lot of support. The entrepreneurs he helps have been tremendously sweet and kind.

‘This really feels like a witch-hunt. He’d been hounded about this since 2011 non stop. So he’s very positive about it actually. He can concentrate on clearing his name.’

Losing his patronage of the Outward Bound Trust will be a major blow to the duke, who only took over the role earlier this year, succeeding his father, the Duke of Edinburgh.

The charity helps disadvantaged children through outdoor activities. The University of Huddersfield had earlier stood by the duke but announced he was stepping down last night following an outcry by students. 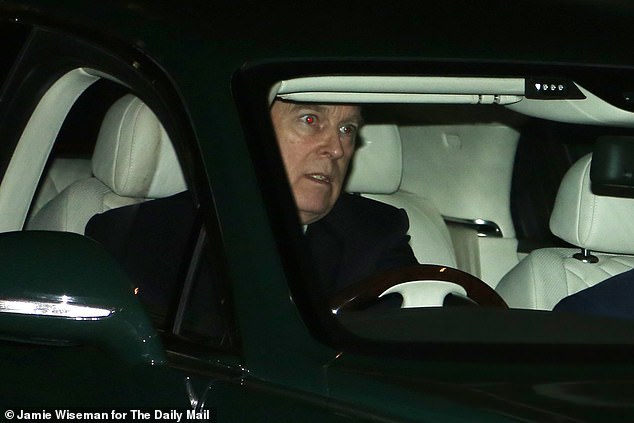 Christians celebrate as relic believed to have been part of Jesus’...