If you have ever wondered about how to nail the perfect chip, a new study has been emerged which hopes to pin down how long it should be and the ultimate topping.

The snack needs to be exactly 7cm long and 1.2cm wide, crispy on the outside and soft in the middle, according to a new study by the Food Advisory Board.

A classic straight-cut chip made from Maris Piper potatoes has trumped curly or crinkle fries. 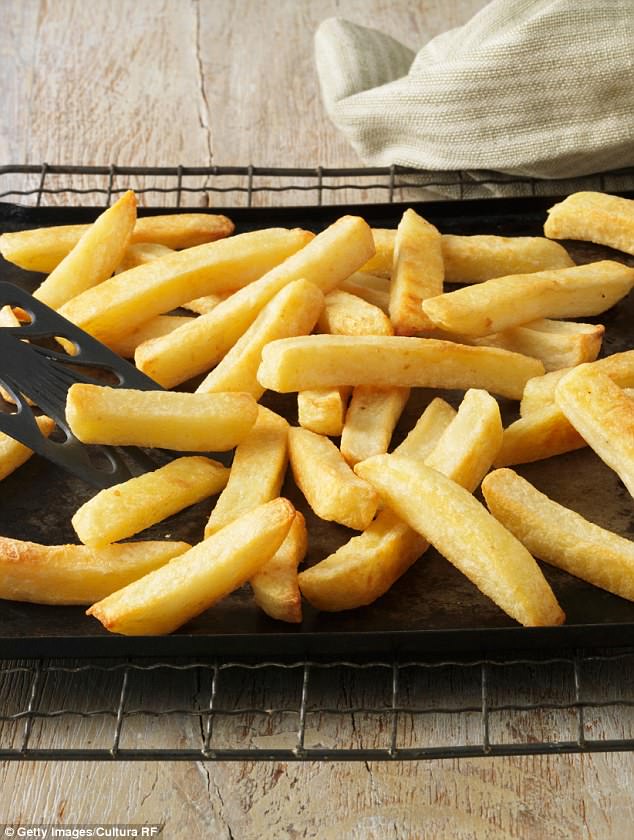 The ‘perfect chip’ needs to be exactly 7cm long and 1.2cm wide, crispy on the outside, soft in the middle and made from Maris Piper potatoes, according to a new study (file image) 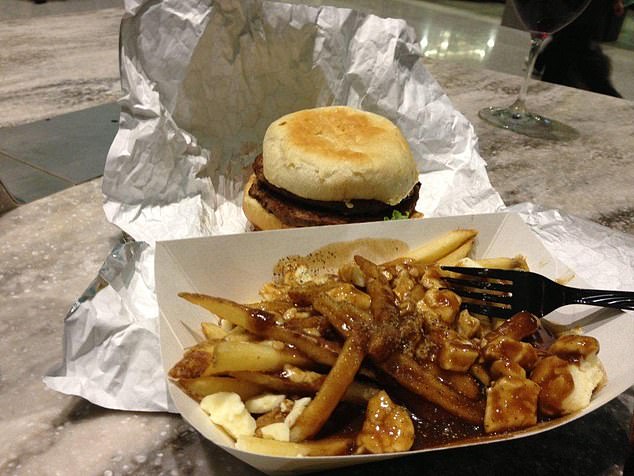 Chips are smothered with gravy and goats curd and a fifth of Brits agree that fries are not complete without gravy. Meanwhile 15 per cent feel a chip needs dollops of melted cheese (file image)

The study of 2,000 adults by the Food Advisory Board has revealed Brits rate lashings of curry sauce above gravy or cheese.

They favour a simple sprinkle of salt and 49 per cent believe ketchup is the best topping, followed by vinegar two per cent lower and mayonnaise at 32 per cent.

Even a fifth of people thought a portion of fries were not worth it without curry sauce.

Fifteen per cent feel a chip is undeniably comforting coated in dollops of melted cheese and is not perfect without it. 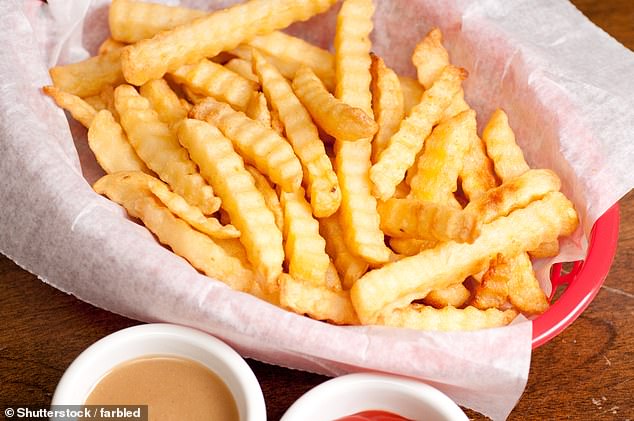 Straight-cut fries trumped crinkle-cut chips (pictured, file image) according to a study of 2,000 adults by the Food Advisory Board 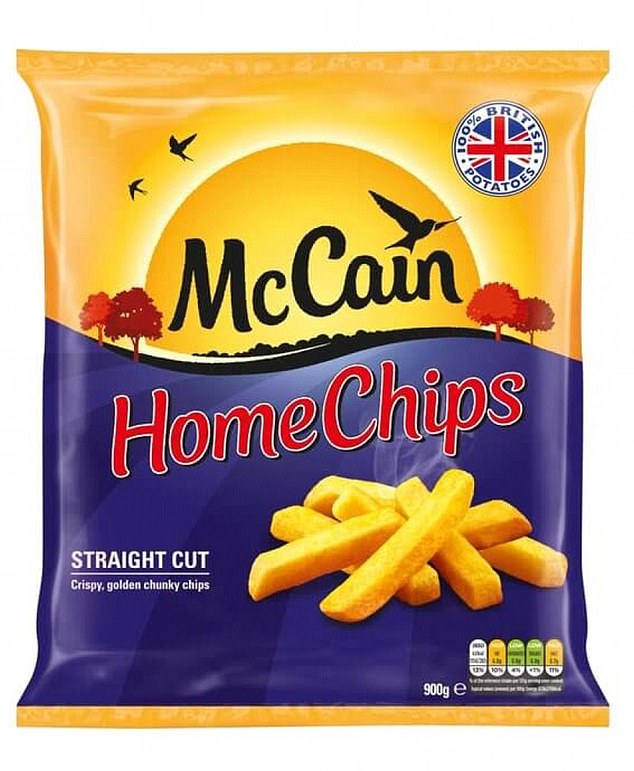 Treat yourself! 220g baked (around 22 chips) of McCain Chips offer 6.6g protein (3g per 100g) and just 49 per cent of Brits recognise a potatoes skin is a source of fibre

East Anglia and the south west would choose cheesy chips over the classic french fries.

What’s the best topping for chips according to Brits?

A staggering 40 per cent agreed chips are their favourite food and a quarter would opt for a portion for every meal if they were given the option.

Adults eat seven bags of chips a month on average and seventy per cent would fork out on fries for a healthy and balanced diet.

Food Advisory Board expert Professor Robert Pickard told the Mirror: ‘When the skin is left on, and they are prepared and cooked the right way, for example in the oven with minimal added fat, chips can be included in a healthy, balanced diet.’

Thick-cut potatoes are a better option than thin because people ‘avoid absorbing too much cooking fat’.

Spuds with the skin on are not just a treat but a good source of potassium fibre and thiamin.

Only 27 per cent knew chips are low in sugar and a mere 49 per cent recognised the skin is a source of fibre.

Jeremy Corbyn says Tories will put NHS ‘up for sale’ to...

Man, 41, adopts a girl with down syndrome who was REJECTED...