Actress Alisha Wainwright’s father described her as a ‘free spirit’ but says he has no idea about the state of her friendship with co-star Justin Timberlake after they were picture intimately holding hands in a New Orleans bar.

The late-night photographs of the megastar and Jeff Wainwright’s stunning daughter sent the Hollywood gossip machine into a wild frenzy.

Timberlake was not wearing his wedding ring.

Jeff, 59, said he hadn’t spoken to his daughter since the photographs were published but described her relationship with Timberlake as a ‘hoopla.’

The music producer told DailyMail.com in an exclusive interview that  she was a ‘young lady’ who was ‘living her life and doing what she’s gotta do.’

He also said that if something was going on, he might not even know because the family doesn’t talk about the ‘crazy stuff.’ 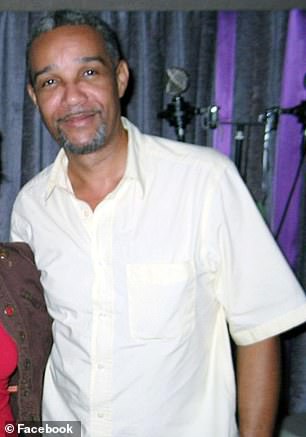 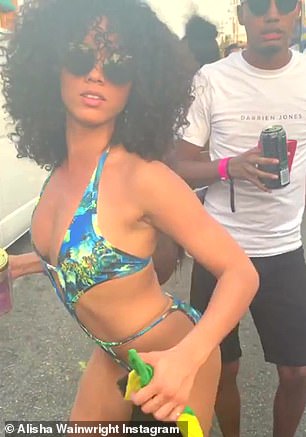 Jeff Wainwright,  59, said he hadn’t spoken to his daughter since the photographs were published but described her relationship with Timberlake as a ‘hoopla.’ The music producer dad said she was a ‘young lady’ who was ‘living her life and doing what she’s gotta do’ 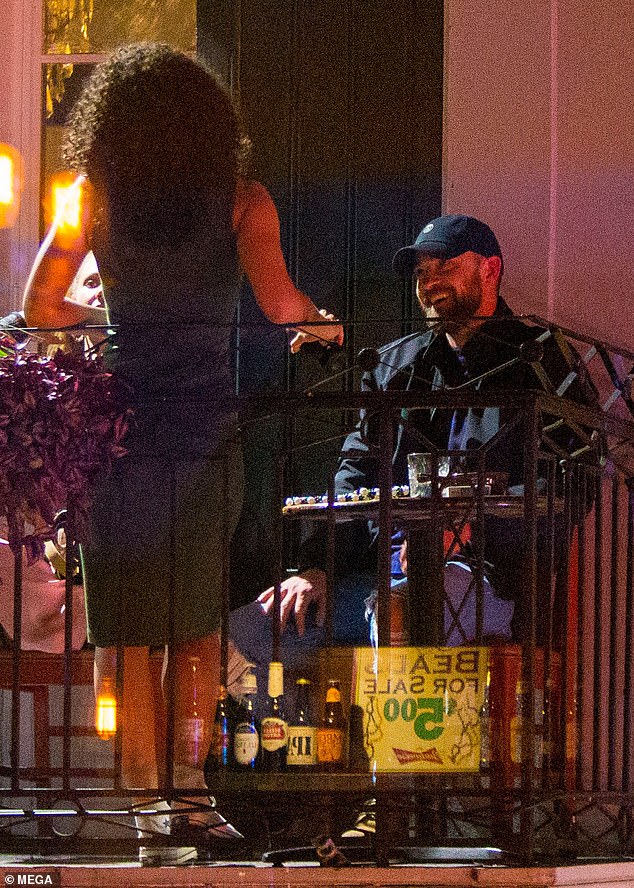 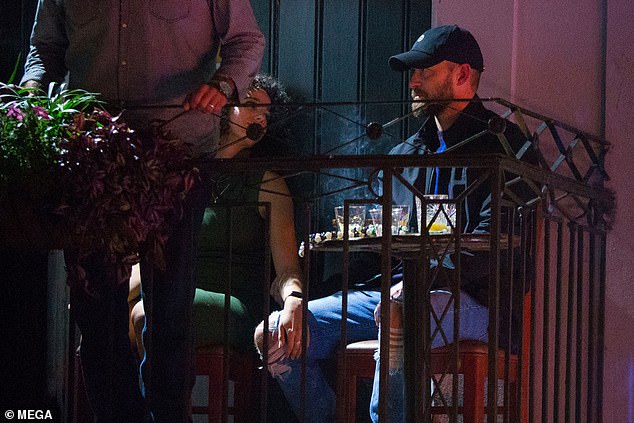 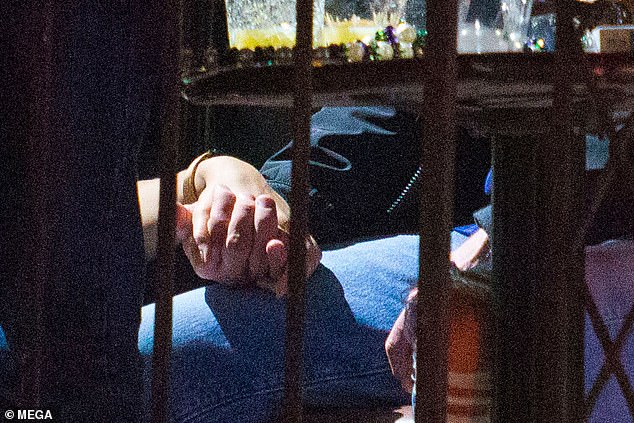 The actor, who was not wearing his wedding ring, was also seen holding hands with his co-star

Speaking exclusively from his Florida home, he said: ‘It’s all just speculation.

‘She is in New Orleans doing some work, that is all. They are working on a movie together.

‘I have seen it all over the news. I did not make anything of it, really. I am a music producer, so I am used to all the hoopla. This is the business we are in. This is how it goes.

I was not there, so I cannot tell you exactly what happened but I know my daughter and she is a very good kid.

‘I cannot be telling you whether or not she is in a relationship or things like that.

‘She is a young lady, 30-years-old, she is living her life and doing what she has gotta do.

‘She has always been a big traveler and open-minded. She is a free spirit – we all are in this family.

‘Even if there is something (going on) I would not know. When you are in show business, you separate family from the business. When you are at home with your family, you talk about other things. You don’t talk about this crazy stuff.’

Alisha and Timberlake are currently in New Orleans filming their upcoming American Football movie Palmer, in which the pair play lovers.

They were pictured drinking with a small group of friends on the balcony of the Absinthe House bar on Thursday November 21.

In the images, Alisha can be seen touching Timberlake’s knee before the ‘Cry Me a River’ singer clasps her hand in his. 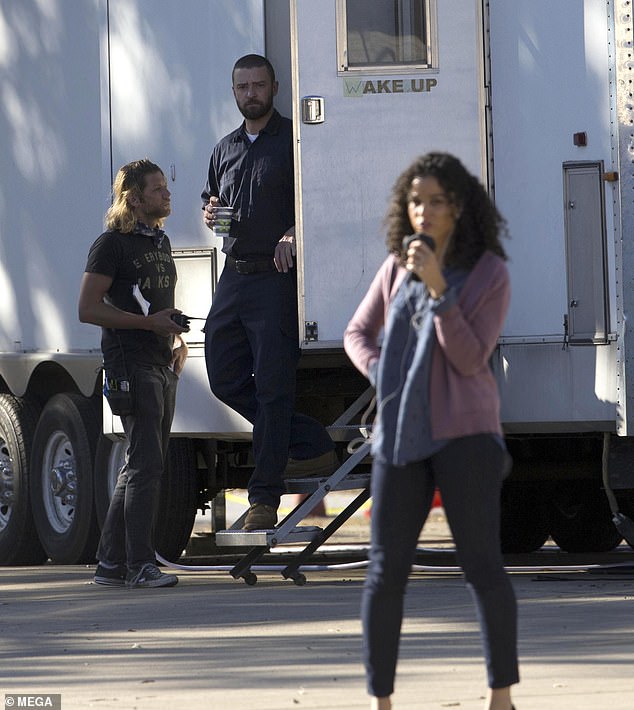 Onlookers claimed that they were together for around 40 minutes before going inside. It is believed they left via a rear exit at about 12:30 am.

Timberlake and Biel began dating in 2007 before eventually getting married in 2012.

They have one son together named Silas and are considered by many to be one of the most solid power couples in all of Hollywood.

Timberlake has since been spotted back on set with Wainwright as they continue to shoot scenes for the Fisher Stevens flick.

Despite the images, which have shocked the showbiz world, Jeff says Alisha was well ‘brought up’ and has been a consummate professional since her first acting job at six-years-old.

And when asked if Jessica Biel has anything to worry about, he said: ‘I don’t see why. She (Alisha) got contacted to do work and she is just doing her work.

‘I was not there, so I cannot tell you exactly what happened but I know my daughter and she is a very good kid.

‘I know she is a very well brought up girl, so you know that is not the type of thing that she will be up to. She will be doing the right thing.

‘She has studied this profession since she was six or seven years old – that is when she did her first public commercial for Thanksgiving.

‘She was always exposed early on to things like modeling and showbusiness as I am a music producer myself. So she knows how to be a professional.’

Alisha was born in Kendall, South Florida, before moving to the Orlando area with her mother after her parents divorced when she was eight years old. 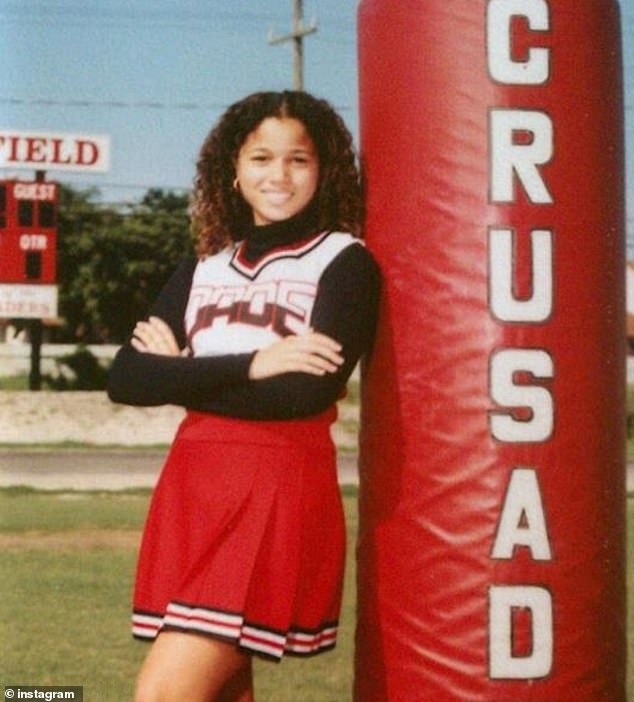 Alisha went to the University of Florida  before landing roles in General Hospital and Criminal Minds.

She was introduced to showbiz at an early age appearing in several modeling shoots and commercials.

Alisha went to the  University of Florida  before landing roles in General Hospital and Criminal Minds.

She then got her big break playing Maia Roberts in the supernatural TV show Shadowhunters.

Jeff currently produces award-winning Caribbean music in the Miami area. He runs his own record label called Kreyol Music and has worked alongside legends such as Jimmy Cliff and Robert Martino

Alisha then appeared as the lead in Netflix hit Raising Dion, where she played Nicole Warren – a single mother who is desperately fighting to keep her son’s superpowers a secret.

The actress, who is of Jamaican and Haitian heritage, has been tipped by many to be one of Hollywood’s next big stars, which is why she landed the role alongside Timberlake.

Jeff says he knew she would be a big star and even warned her about the new level of scrutiny she would be under just four years ago.

He added: ‘The funny thing is she wasn’t even that keen on acting when she first graduated.

‘But she got her first break doing certain appearances in General Hospital, Criminal Minds and things like that.

‘Then her next big break was with Shadowhunter’s and for about three years she had to move to Toronto for that.

‘Then she was in Atlanta for about three months doing Raising Dion and you could see the progression of her acting and now this latest movie is her next big role.

‘I told her about three or four years ago that at one point, this is how it is going to get because I saw all her talent.’

Jeff is successful in his own right and currently produces award-winning Caribbean music in the Miami area.

He runs his own record label called Kreyol Music and has worked alongside legends such as Jimmy Cliff and Robert Martino.

Jeff plans to see Alisha in mid-December when she has wrapped up filming Palmer.

Child is killed at Christmas market in Luxembourg when ice sculpture...

Pictured: Mother accused of murdering her daughters after leaving them in...