Madonna has been forced to cancel three upcoming shows in Boston, Massachusetts due to ‘overwhelming’ pain.

The singer, 61, is in the midst of her eleventh world tour, Madame X, which was scheduled for 87 dates across the United States and Europe.

Announcing the news on Wednesday, the superstar said the shows, which were taking place next Saturday through Monday, were not able to be rescheduled. 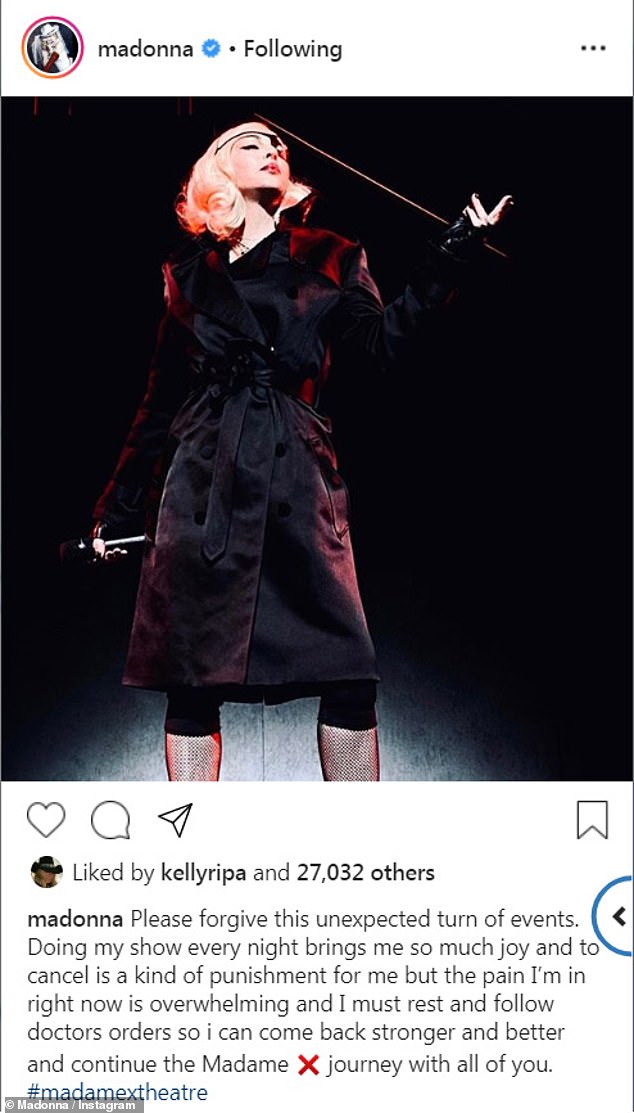 Statement: Madonna announced on Wednesday that she has been forced to cancel three upcoming shows in Boston, Massachusetts due to ‘overwhelming’ pain 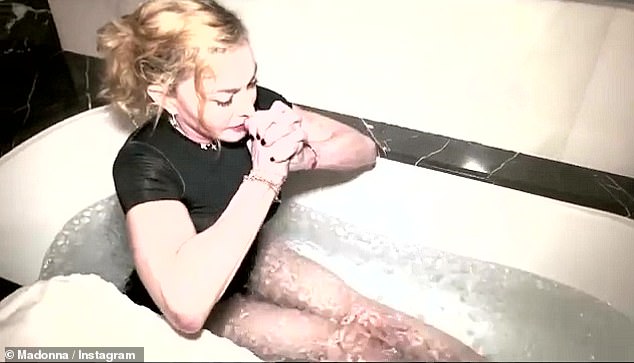 Knee injury: Earlier this month the Borderline singer took an ice bath to ease her pain – after being put on bed rest for a knee injury last month

She did not elaborate on the cause of the pain, however, the news came after she cancelled a show in Brooklyn in October due to being put on bed rest for knee pain.

‘Please forgive this unexpected turn of event,’ Madonna wrote. ‘Doing my shows every night brings me so much joy and to cancel is a kind of punishment for me.’

She explained further: ‘The pain I’m in right now is overwhelming and I must rest and follow doctors orders so i can come back stronger and better and continue the Madame X journey with all of you.’

Following the last Boston show on December 2, she is expected to pick back up in Philadelphia on December 7 and perform through the middle of next year. 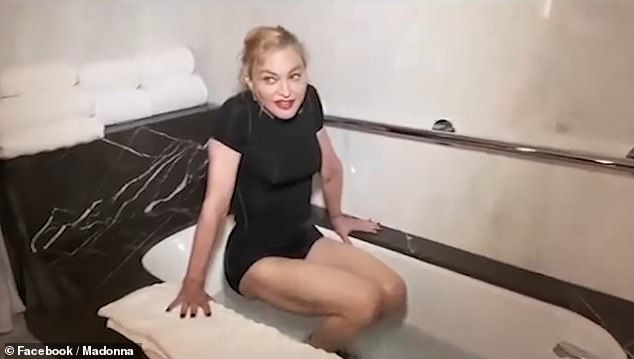 In agony: It seems Madonna’s knee pain has flared up again after her injury last month 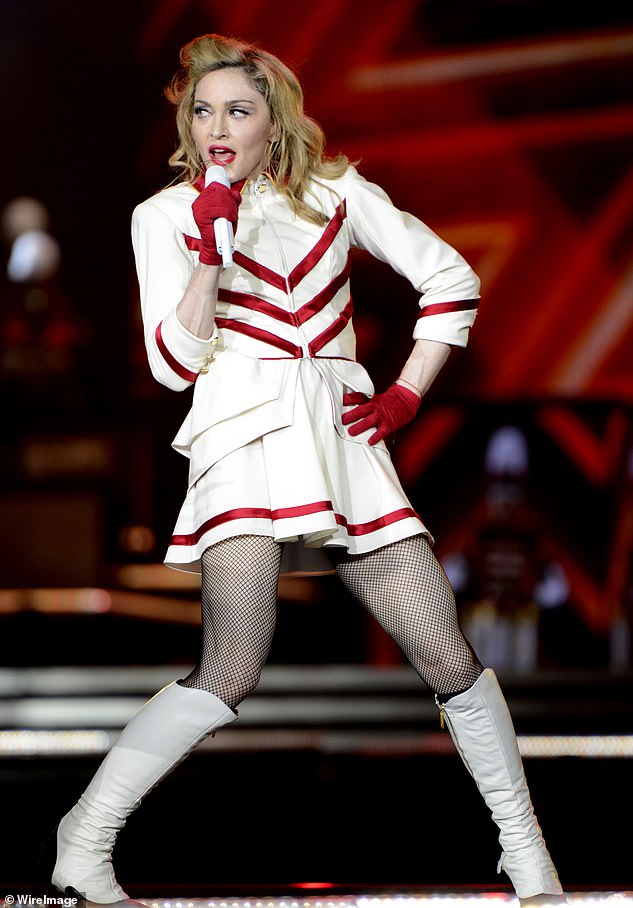 This is punishment: ‘Please forgive this unexpected turn of event,’ the 61-year-old singer wrote. ‘Doing my shows every night brings me so much joy and to cancel is a kind of punishment for me’

In a separate statement, Live Nation said: ‘As we are unable to reschedule the Boston dates due to the tight scheduling through the balance of the year, refunds will be automatically issued to the credit card on which they were ordered.’

The Vogue singer has just wrapped a 10-show run at Los Angeles’ Wiltern theater on Monday.

The concerts were star studded with the likes of Kim and Kourtney Kardashian, Katy Perry and Lil Nas X all attending, along with Diplo and Swae Lee. 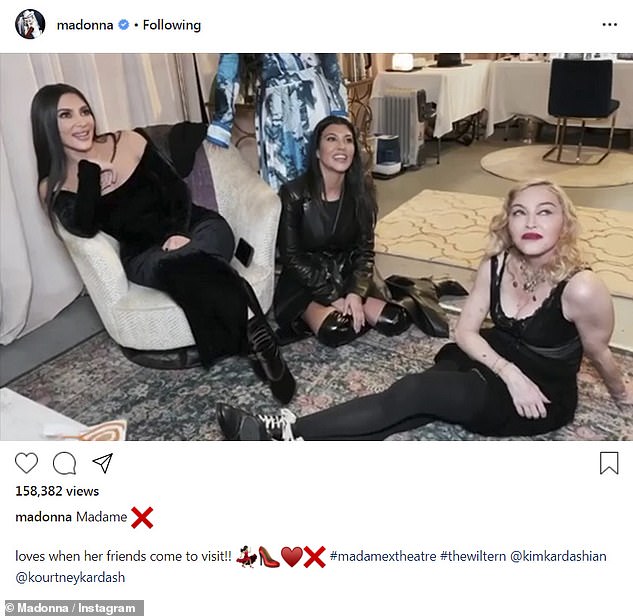 Popular: The Vogue singer has just wrapped a 10-show run at Los Angeles’ Wiltern theater on Monday, which was attended by the likes of Kim Kardashian (left) and her sister Kourtney (centre)

In October, Madonna took to Instagram to admit cancelling her concert at New York’s BAM Howard Gilman Opera House hurt her ‘more than you can imagine’, but has reassured fans she’s not a ‘quitter’ and will be back on stage later in the week.

‘Madonna is currently dealing with a knee injury and has been advised rest for the next three days to assist in her recovery.

‘Fans are encouraged to hold onto their tickets pending information on rescheduling.

‘The Madame X concerts this Thursday, October 10th and Saturday, October 12th are expected to proceed as scheduled. We regret the inconvenience to fans. Thank you for understanding.’ [sic]

The hard-working artist later insisted she is also a human being ‘made of flesh and blood’ and is required to rest for full recovery. 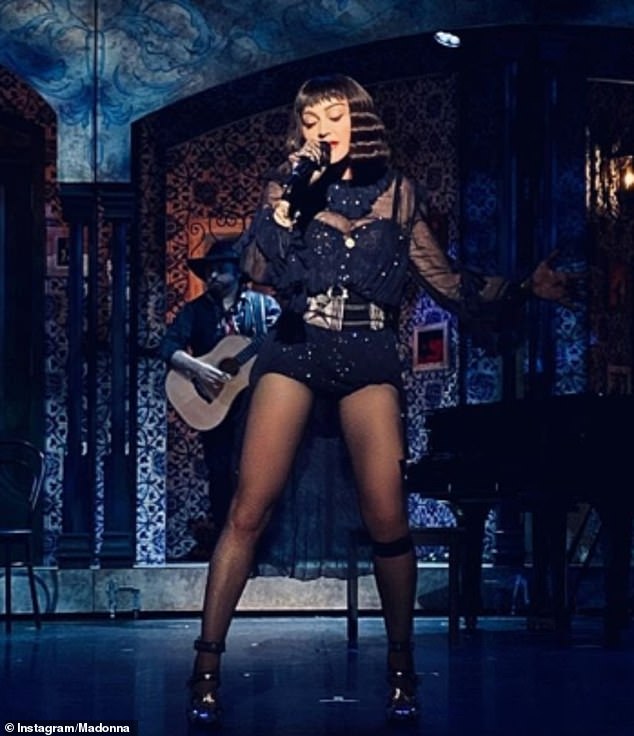 Upset: In October, Madonna took to Instagram to admit cancelling her concert at New York’s BAM Howard Gilman Opera House hurt her ‘more than you can imagine’

Alongside a throwback snap of the singer on stage, the Like A Prayer hitmaker wrote: ‘Its Hard for Madame ❌ to admit that she is also a human being made of flesh and blood and she must rest for the next 3 days to insure full recovery for her knee.

‘I am not a quitter. This hurts me more than you can imagine. Its time to take those heels and fishnets off for a few days!. Thank you for your understanding. ♥️. See you very soon !!’ [sic]

The superstar was previously forced to reschedule a selection of dates on her tour due to the ‘highly specialised production elements’ of the show.

In a statement, the Frozen singer said she had ‘underestimated’ the time needed to put on the ‘most unique and magical musical experience’ for her fans, and confessed her alter-ego Madame X is nothing but a ‘perfectionist’.

She explained in August: ‘Madame X is a perfectionist and wants to give you the most unique, magical, and musical experience.

‘She underestimated the amount of time it would take to bring this kind of intimate theatrical experience to you and wants it to be perfect!!! Thank you so much for your understanding.’ 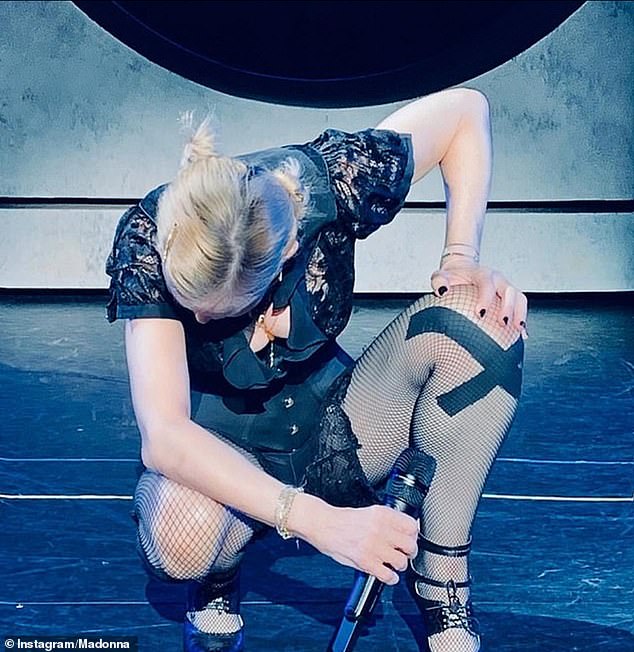 UK could have the most Left-wing Commons in decades even if...