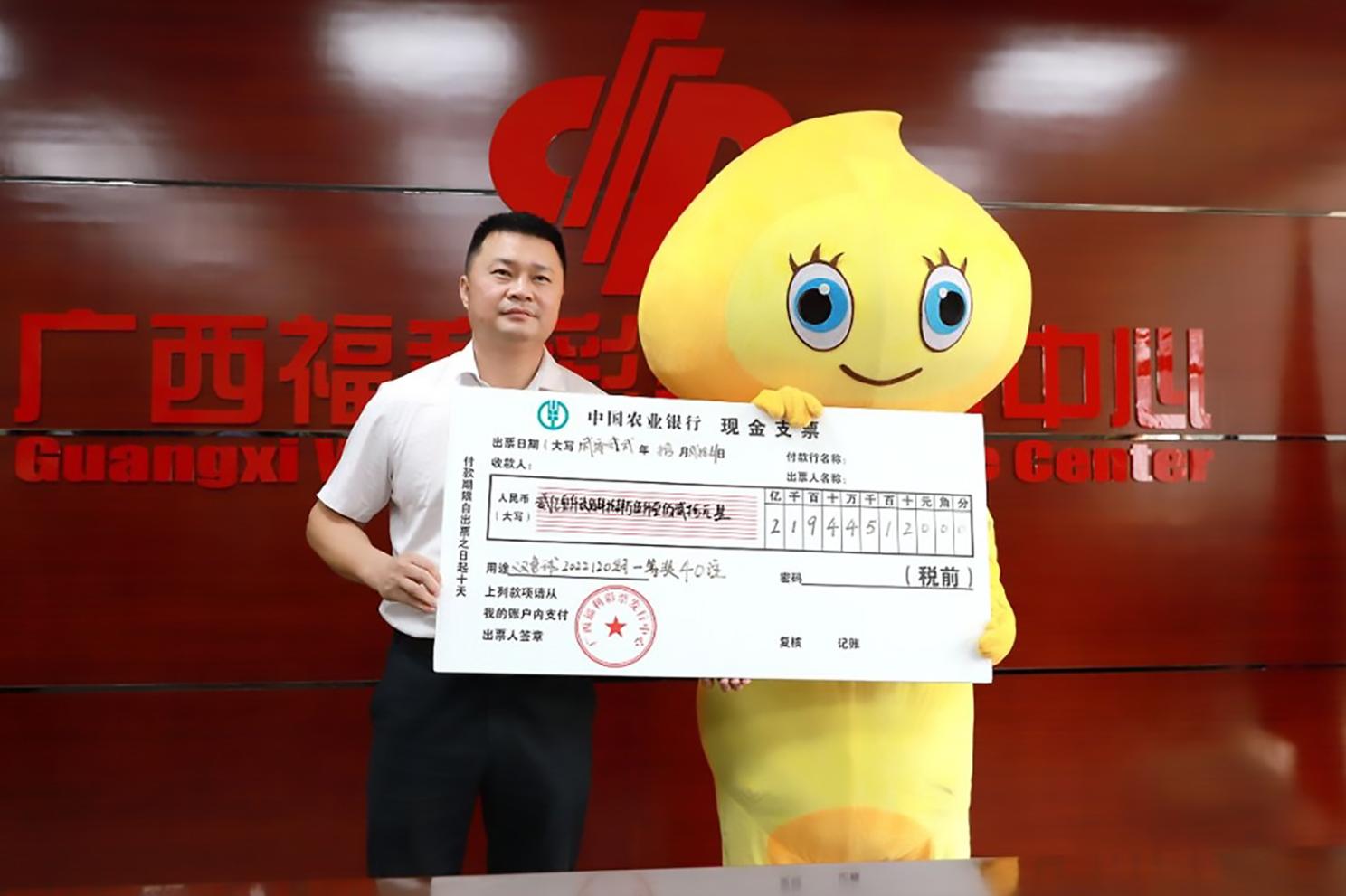 Most lottery winners can’t wait to tell the fam the good news. However, a Chinese man who recently won $30 million says he’s keeping his giant jackpot secret from his wife and child because he doesn’t want them to get lazy.

The incognito victory occurred October 24 after the fortunate fellow, who identified himself only as Mr. Li, went to collect a whopping 219 million yuan ($29.9 million) ticket in Nanning, Guangxi, Bloomberg reported.

He reported to the lottery office alone dressed as a yellow mascot — common practice among Chinese lotto winners trying to conceal their identity from the public, the South China Morning Post reported.

However, in Mr. Li’s case, he wanted to disguise the prize from his own family.

“I didn’t tell my wife and child for fear that they would be too complacent and would not work or work hard in the future,” the newly minted millionaire told Nanning News while explaining why he opted for fortune but not fame.

The lucky duck had originally won the eye-popping windfall on October 21 in Litang, a town of 120,000 just east of the regional capital Nanning. Upon realizing he’d won, Mr. Li took the train to Nanning so he could collect his prize, which amounted to a staggering 171.6 million yuan ($23,641,246.20) after taxes.

Fearing he’d misplaced the receipt, the winner sequestered himself inside a hotel for the weekend before claiming his winnings that Monday. “I did not leave the hotel because I was afraid to go out and lose the lottery ticket,” explained Mr. Li, who reportedly didn’t sleep the night he found out about his win.

The Guangxi version of the Chinese lottery — which China’s central government uses to raise money for welfare and cultural programs — works by having players select six numbers on red balls and one on a blue ball. Mr. Li claims he’d picked the same numbers he’d been playing for years: 2, 15, 19, 26, 27, 29 and 2.

“I only won a few dozen yuan in the past,” the winner explained, per the SCMP. “I regard buying the lottery as a hobby, and my family does not care. Plus, I do not spend much money on it, and the lottery provides a ray of hope for me.”

The stealth 1-percenter has since donated 5 million yuan ($688,895.00) to charity, but is undecided on what to do with the rest of his prize.

A Syrian woman who was said to be behind the Istanbul...