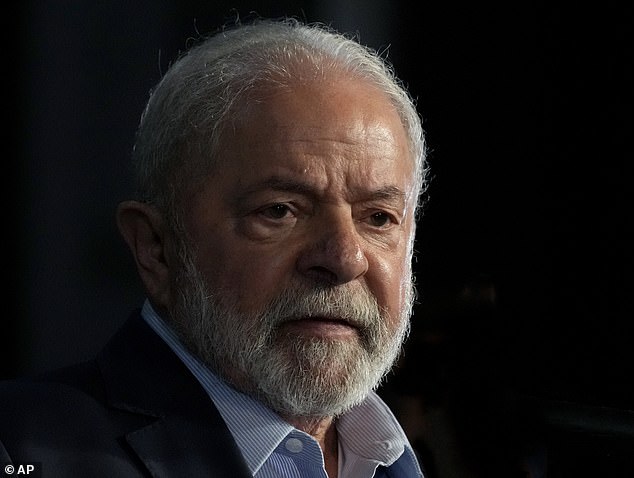 Brazilian police have arrested a man after he allegedly placed explosives in a fuel truck – hoping to sow ‘chaos’ ahead of president-elect Luiz Inácio Lula da Silva’s inauguration.

George Washington de Oliveira Sousa, the man identified, was arrested on Saturday on terrorism charges and is a supporter of Brazil’s far-right outgoing president Jair Bolsonaro.

The arrest came after the truck’s driver found the device on Saturday morning in the capital city, where Lula will be sworn in on January 1.
Although there was an attempt to activate the device, it did not explode, a civil police general delegate of Brasilia named Robson Candico said in a press conference.
Oliveira Sousa confessed to authorities that the bomb was part of a plan to ‘start chaos’ and ‘prevent the establishment of communism in Brazil,’ according to statements by the civil police published in local media.

He said the idea was hatched with other Bolsonaro supporters who have been protesting outside the army headquarters in Brasilia, calling for a military intervention to prevent Lula from assuming power.

The goal, Oliveira Sousa told police, was to place at least two explosives in strategic locations – with the aim of initiating a ‘declaration of a state of siege in the country’ and from there ‘provoking an intervention by the armed forces’.

Meanwhile, Bolsonaro supporters blocked highways and demonstrated in front of army barracks around the country after Lula’s win in the October 30 presidential runoff.

Nearly two months later there are still camps in front of some military bases.

Police said they found an arsenal of weapons in the apartment of Oliveira Sousa, who works at a service station in the northern state of Para.

Oliveira Sousa said he was inspired to acquire the weapons ‘by President Bolsonaro’s words’, and had a cache worth about 160,000 reales ($31,000), according to Folha de Sao Paulo.

Bolsonaro, a strong supporter of gun rights, has previously stated that ‘an armed people will never be enslaved.’
According to statements, Oliveira Sousa planned to distribute the weapons among those camping in front of barracks, the paper said.

Lula, a 77-year-old leftist who already served as president of Brazil from 2003 to 2010, will assume power for the third time with a grand inauguration in Brasilia.

Bolsonaro, 67, has maintained an extremely low profile since his election loss, with limited public appearances.

On Christmas Eve, he rode his motorcycle for the first time since his defeat and chatted with supporters.

On Sunday, he posted a video on social media in which he wished viewers a ‘Merry Christmas.’ 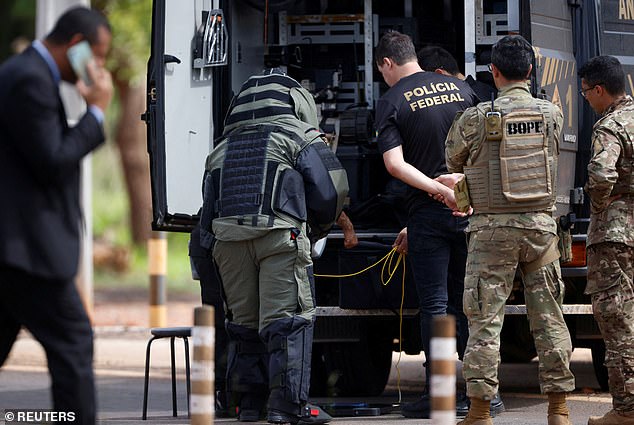 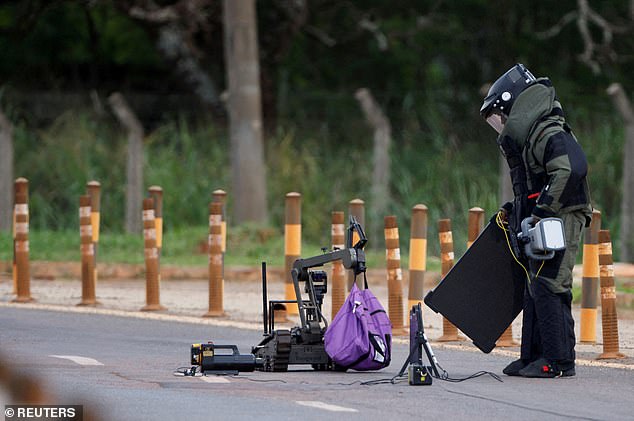