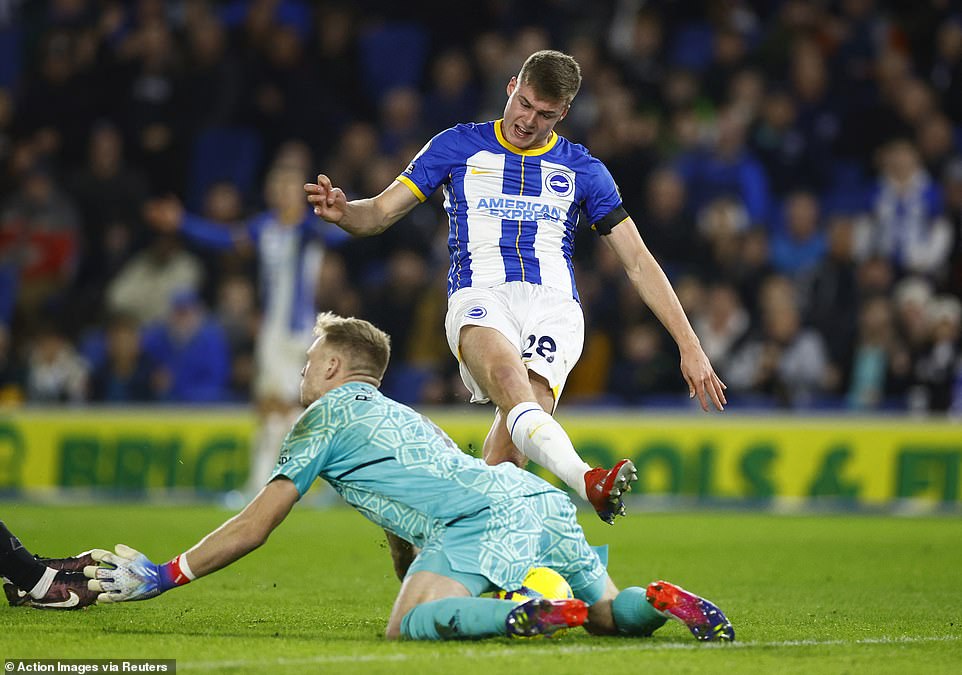 Arsenal moved seven points clear at the top of the Premier League with an entertaining victory at Brighton.

This result, allied to Manchester City’s 1-1 draw with Everton, extends Arsenal’s advantage heading in to 2023.

The visitors were cruising at 3-0 thanks goals by Bukayo Saka, Martin Odegaard and Eddie Nketiah before Kaoru Mitoma pulled one back.

Mitoma had a second goal chalked off to deny the home fans a grandstand finish as Arsenal held on for a deserved three points.

Brighton were a long way off the pace for the first hour, but after Martinelli had restored the three-goal advantage they showed great spirit to reduce the arrears again through Ferguson.

They were then convinced they had made it 4-3 with two minutes remaining when Mitoma looked to have scored again, but after a VAR check the Japanese midfielder was revealed to be just offside.

Arsenal are back in action against Newcastle United on Tuesday, buoyed by an increasingly formidable-looking lead over champions City with both sides having played 16 games.
Arsenal stand firm despite defensive wobbles
Although the Premier League season is still not at the halfway point due to the World Cup hiatus, this win could be a key moment in Arsenal’s bid for a first title since 2004.

Brighton had been the last side to beat Arsenal – a 3-1 Carabao Cup win in November – but the prospect of a repeat looked unlikely as soon as Saka had latched on to a rebound from Martinelli’s shot to tuck the ball home for his sixth league goal of the season.

The absence of striker Gabriel Jesus through a knee injury collected while on World Cup duty may have worried Arsenal fans, but Saka and Odegaard are compensating for the Brazilian striker’s layoff.

Arsenal captain Odegaard’s seventh goal of the season came when he capitalised on a poor header out by Billy Gilmour to put his side 2-0 ahead before half-time, the Norwegian’s shot going down into the ground and beyond Brighton goalkeeper Robert Sanchez.

And they started the second half just as well as the first, Nketiah poking the ball in from close range after Sanchez fumbled Martinelli’s shot from a tight angle.

But they wobbled when full-backs Ben White and Oleksandr Zinchenko were substituted after an hour. Rattled by Mitomo’s goal and then a good spell from the hosts, Martinelli finished off a length-of-the-pitch move with a shot that went in off Sanchez’s legs to seemingly put the game beyond Brighton’s reach.

William Saliba was then too casual on the edge of his own area, allowing Ferguson his chance to pull another goal back, and when Mitoma seemed to have made the score 4-3, Mikel Arteta’s side looked worried until the decision by VAR.

Arsenal face a tough January before reaching the league campaign’s midpoint, with Tottenham and Manchester United to follow after Newcastle.

Their two meetings with second-placed Manchester City are also yet to come, and Arteta will want to address the defensive frailties that surfaced on the south coast.

Year-end high for Seagulls despite defeat
The Seagulls returned from the World Cup break in fine style, winning 3-1 at Southampton on Boxing Day, but they will regret their slow start here.

Errors by Sanchez played a part in Arsenal’s third and fourth goals, but Roberto de Zerbi’s side finished strongly after capitalising on a dip in the Gunners’ performance following the substitutions of White and Zinchenko.

Ferguson, 18, was a handful on just his third Premier League appearance, all as substitutes, and he was smart enough to latch on to Saliba’s error to give his side a sniff of a comeback.

Mitoma was unlucky not get on the scoresheet twice, but the Seagulls nevertheless end 2022 in eighth – their highest-ever placing in the top flight at the end of a calendar year. 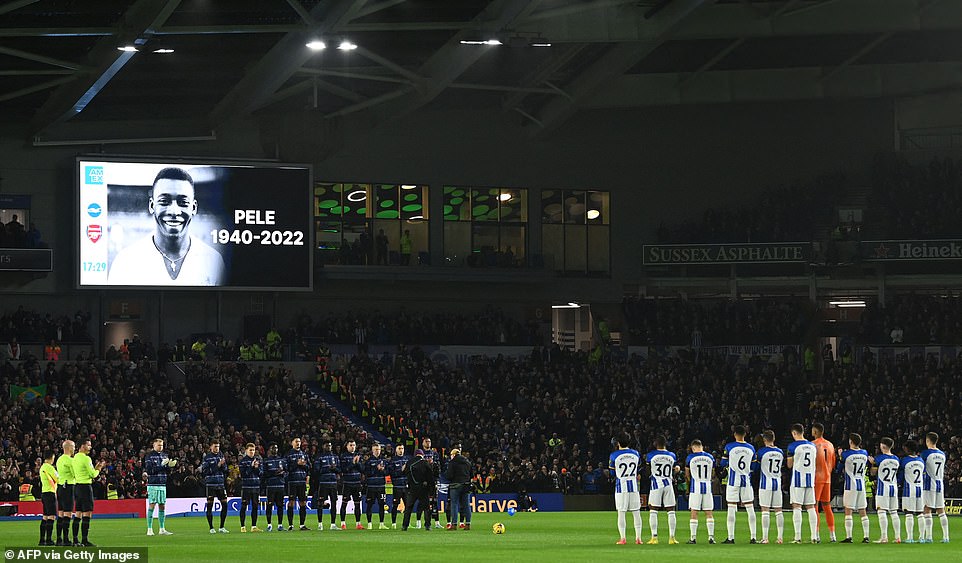 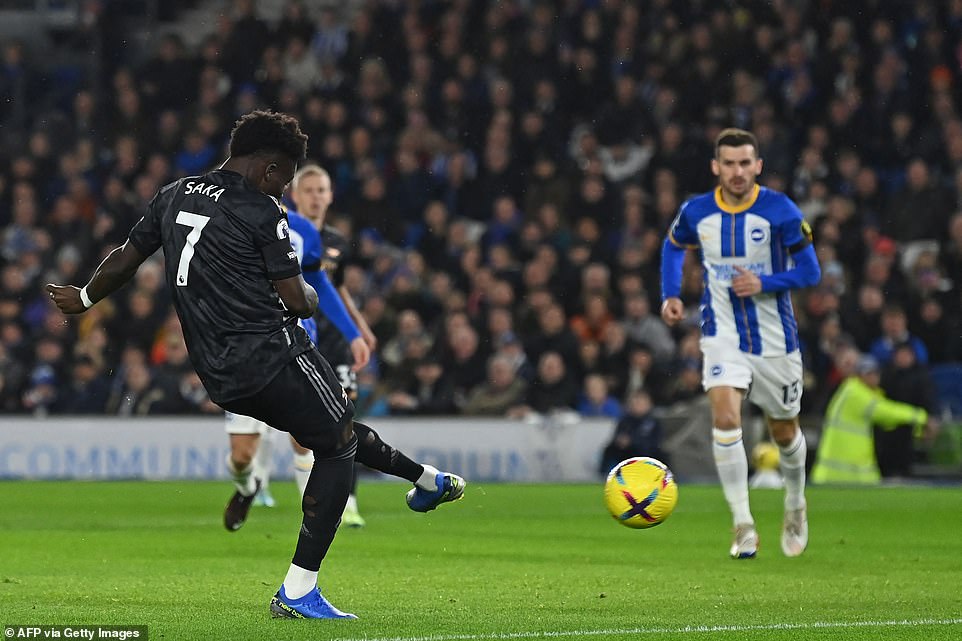 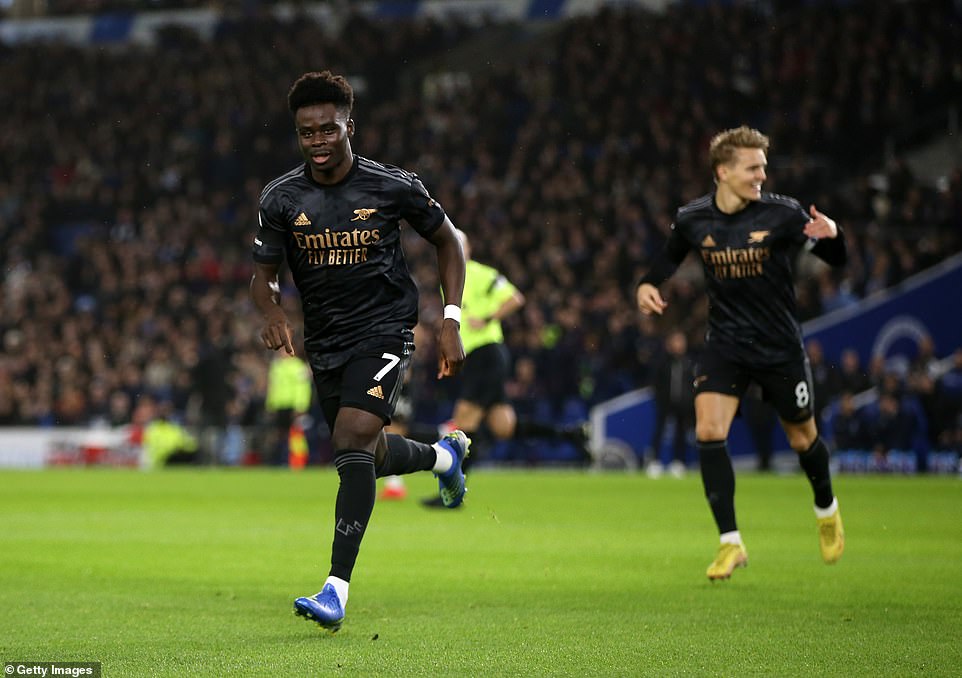 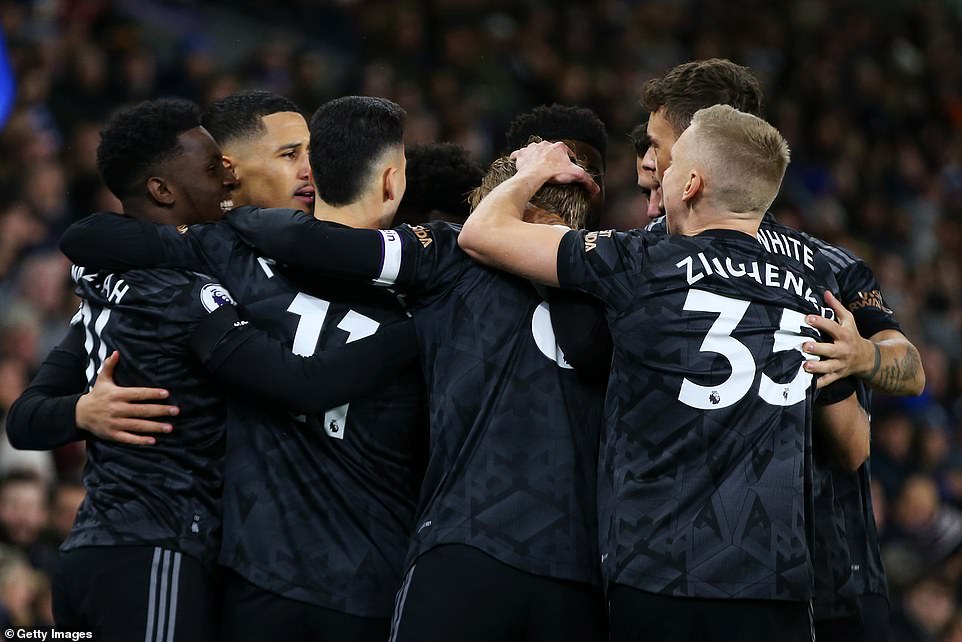 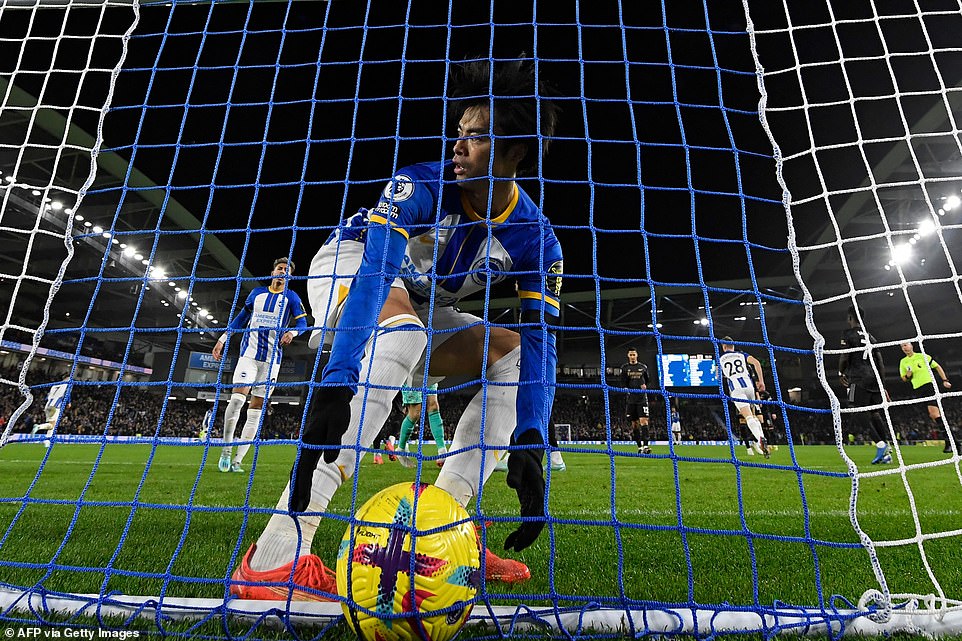 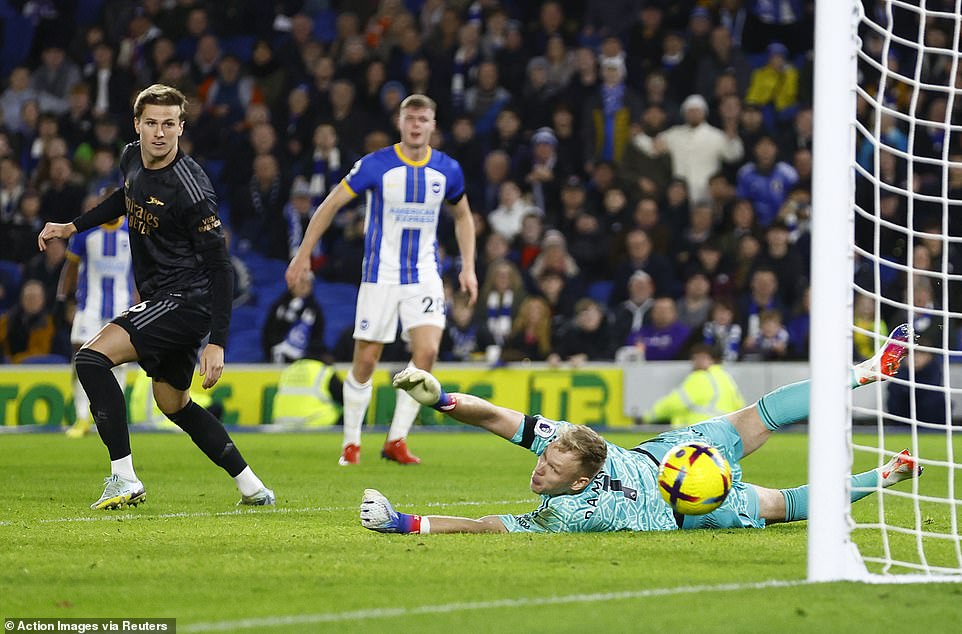 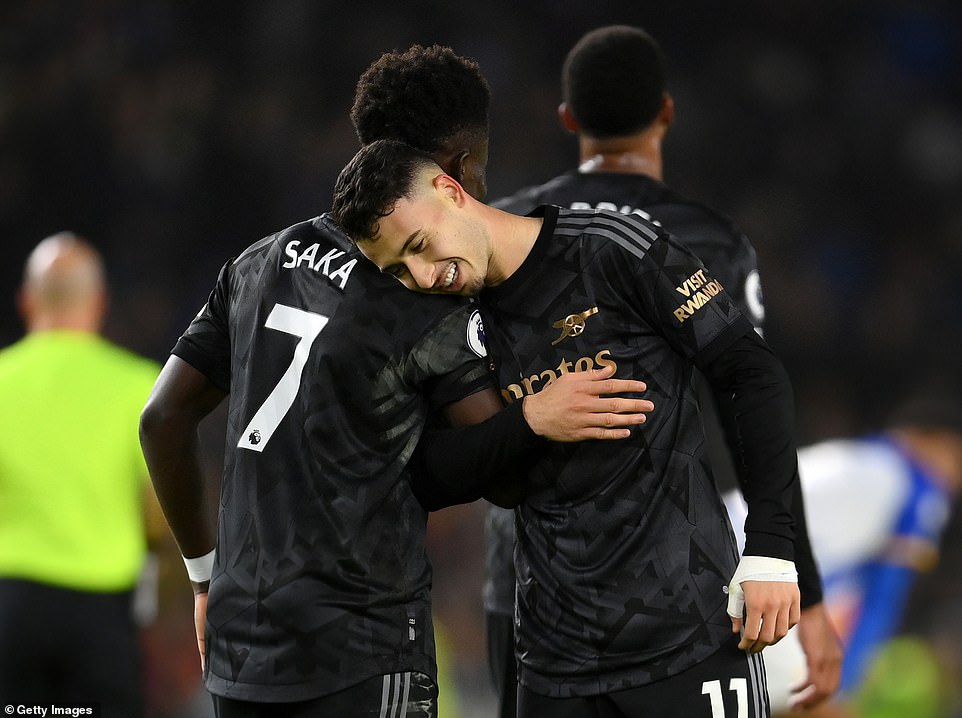 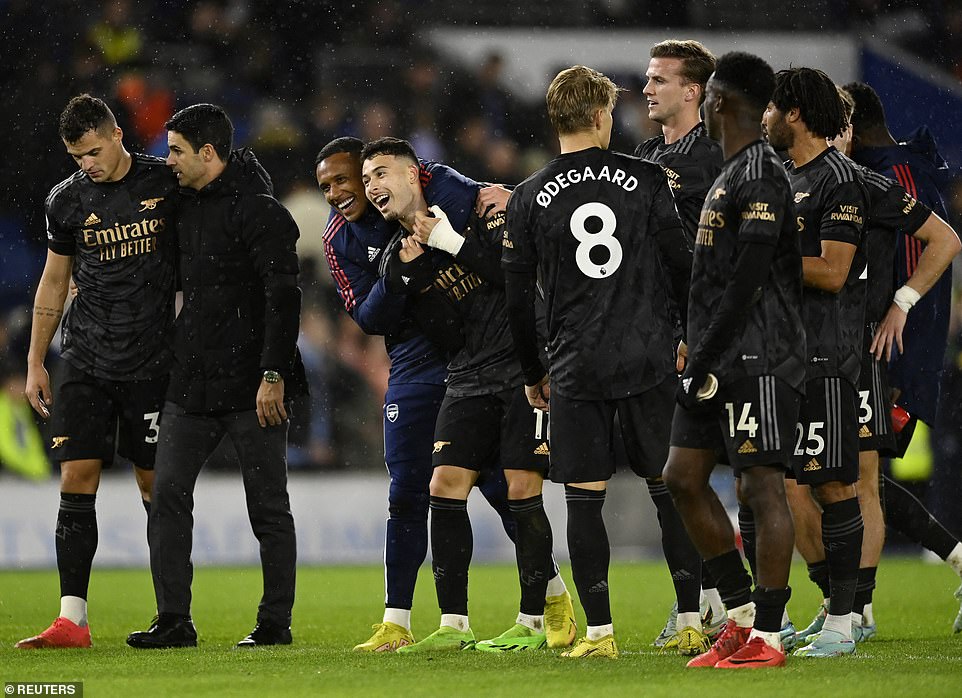 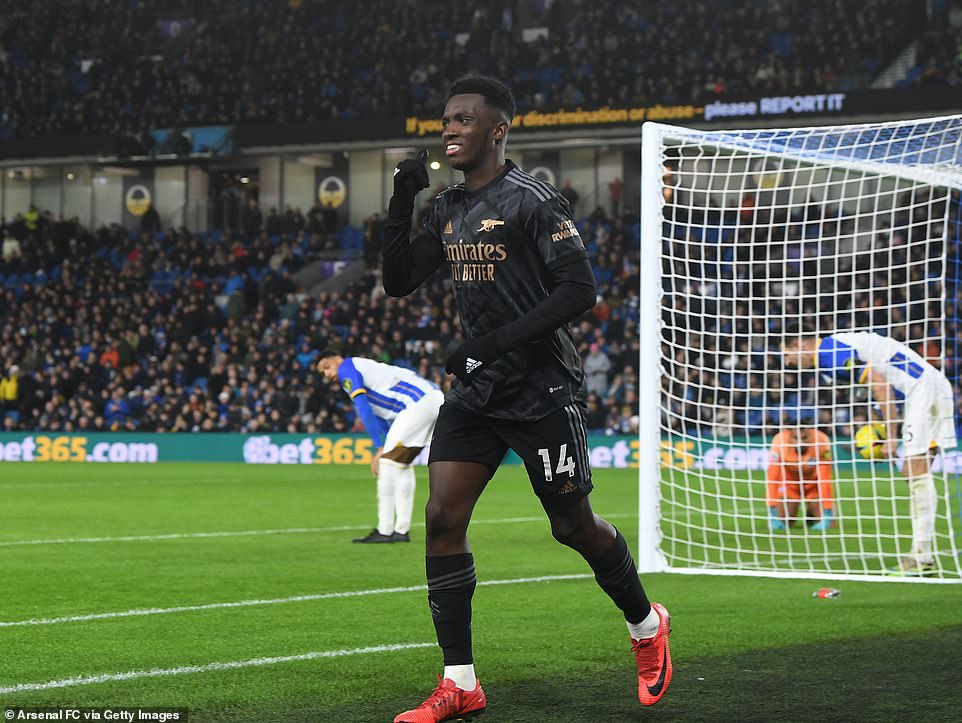 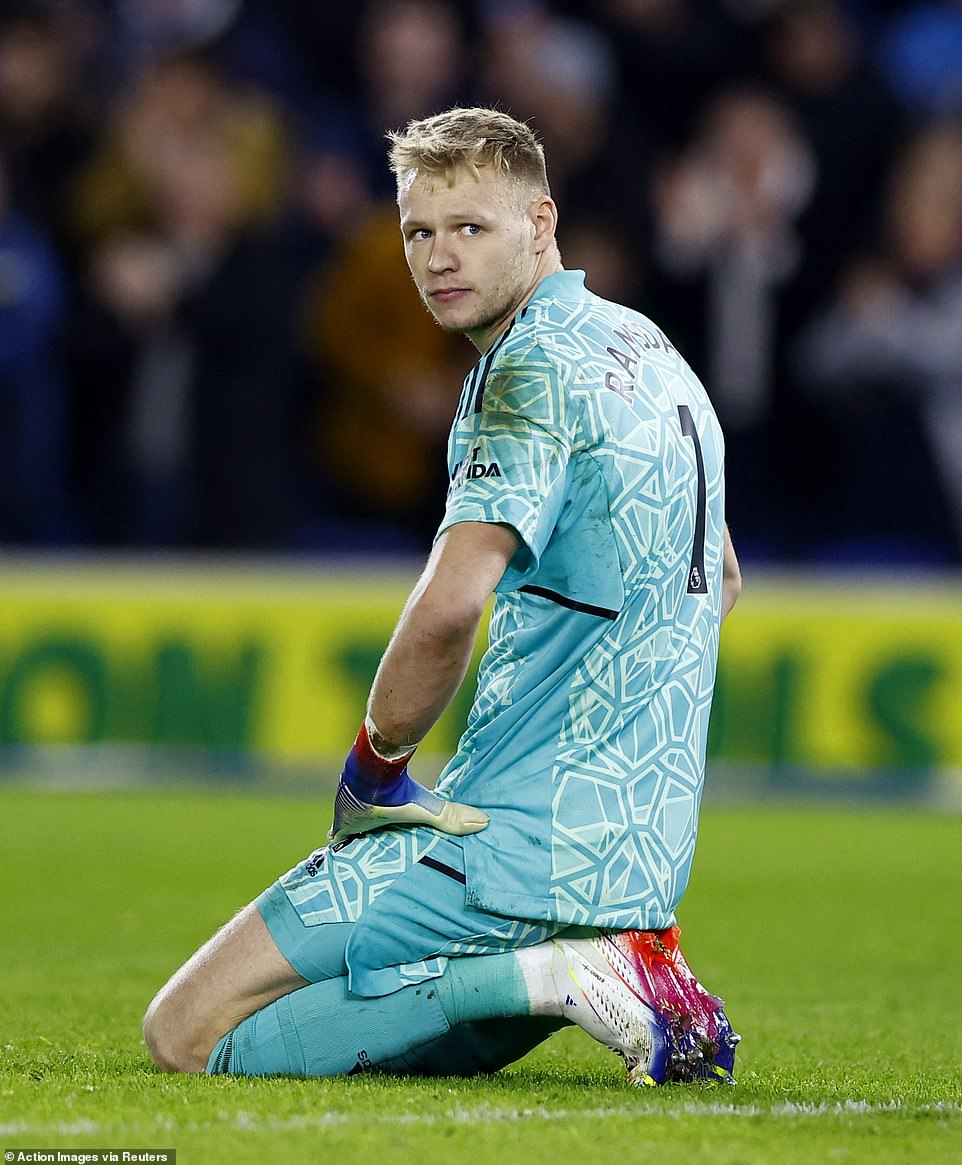 admin - December 31, 2022 0
Manchester City defender John Stones says a point against Everton is "difficult to take" after his side were held in a feisty Premier League...