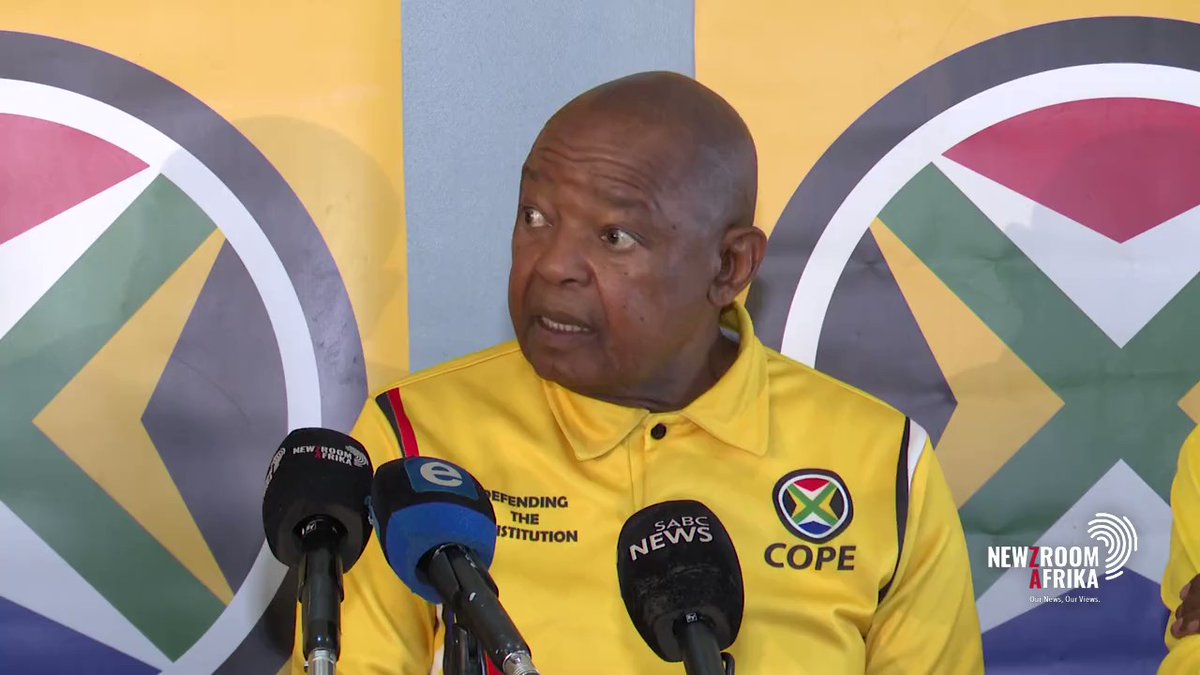 Cope briefing descends into chaos
Cope members physically attacked each other during the press conference on Wednesday, in Boksburg, east of Johannesburg.

Lekota was meant to address the media about his suspension on Sunday by Cope’s congress national committee (CNC) for allegedly dividing the party and “lack of energy and strength” due to his ill health.

However, a group of angry Cope members stormed the press conference accusing Lekota of being factional and defying the CNC’s decision to suspend him.

The Cope members also claimed that Lekota and his supporters had prevented them from attending the briefing.

The divisions within Cope this week quickly escalated into a series of back-to-back suspensions.

This after Cope’s national chairperson Teboho Loate announced that Lekota remained the party’s leader and had the “confidence and full support” of the CNC.

The CNC is Cope’s highest decision-making body in between congresses.

Loate said the decision to suspend Lekota was a “hasty and desperate attempt” by the party’s deputy president Willie Madisha, secretary for elections Mzwandile Hleko and national spokesperson Dennis Bloem.

The trio, who held a media briefing on Monday announcing Lekota’s suspension, were apparently suspended from Cope during a meeting held on 20 August 2022, in the Free State.

Earlier before Lekota’s briefing was disrupted, he claimed that he remained the president of Cope and would continue serving as the party’s leader until his term ended next year.

Lekota said the congress national committee was the only legitimate structure of Cope that had the authority to suspend him.

Lekota further said he could not be suspended by “three individuals walking the streets”, referring to Madisha, Bloem and Hleko.

“Don’t believe any stories that I steal money, that I’m corrupt and all these things that they have been saying.

“I could no longer keep quiet… I’m not interested in this story that I’m suspended. Who suspended me? Where was that meeting held? Where are the minutes of this meeting?” he asked.

‘I am alive and I am active’

Lekota also revealed that he had been ill for a while after he was diagnosed with prostate cancer, adding that “I am alive and I am active” to lead Cope.

“Maybe I should take you into confidence and share with you that I had an attack of prostate cancer,” he said.

He added: “If I look a little bit on the smaller side than what you are used to, it’s simply because, in the course of trying to recover from this, I lost quite a bit of weight. But also because I am very physically active”.