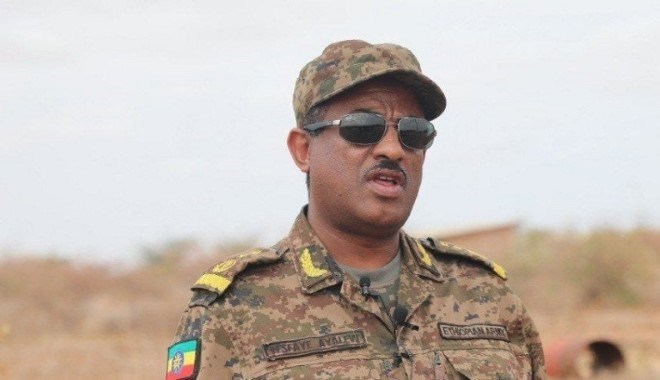 Ethiopia downed a plane carrying weapons to the Tigray People’s Liberation Front (TPLF) an armed group fighting the national army in the northern part of the country, said the official news agency on Wednesday.

“The plane, which flew from Sudan and violated Ethiopia’s air space, was heading to Tigray through the northern part of Humera to deliver armaments to the terrorist group,” Maj Genl Tesfaye Ayalew, Head of the  Ethiopian National Defence Coordination Main Department and Deployment.

The Ethiopian Air Force shot it down at 10:00 pm on Tuesday, added Ayalew.

The agency described the plane as “the property of Ethiopia’s historical enemies” without openly accusing a country of supporting the TPLF.

In a related development, the Ethiopian government and the Tigray rebel group confirmed the resumption of the fighting dashing hope for a humanitarian ceasefire, followed by peace talks to end the armed conflict.

In Khartoum, the Sudanese government did not react to the Ethiopian statement.

Military sources said that the government is investigating the Ethiopian claims before issuing a statement.

On August 23, South Sudanese presidential adviser Tut Gatluak told Sudan Tribune that Sudan and Ethiopia agreed in principle to end the border dispute through peaceful dialogue instead of military means.

Gatluak was in Khartoum to hand over an invitation from President Salva Kiir to Gen Abdel Fattah al-Burhan to attend the graduation of the first unified forces in South Sudan.