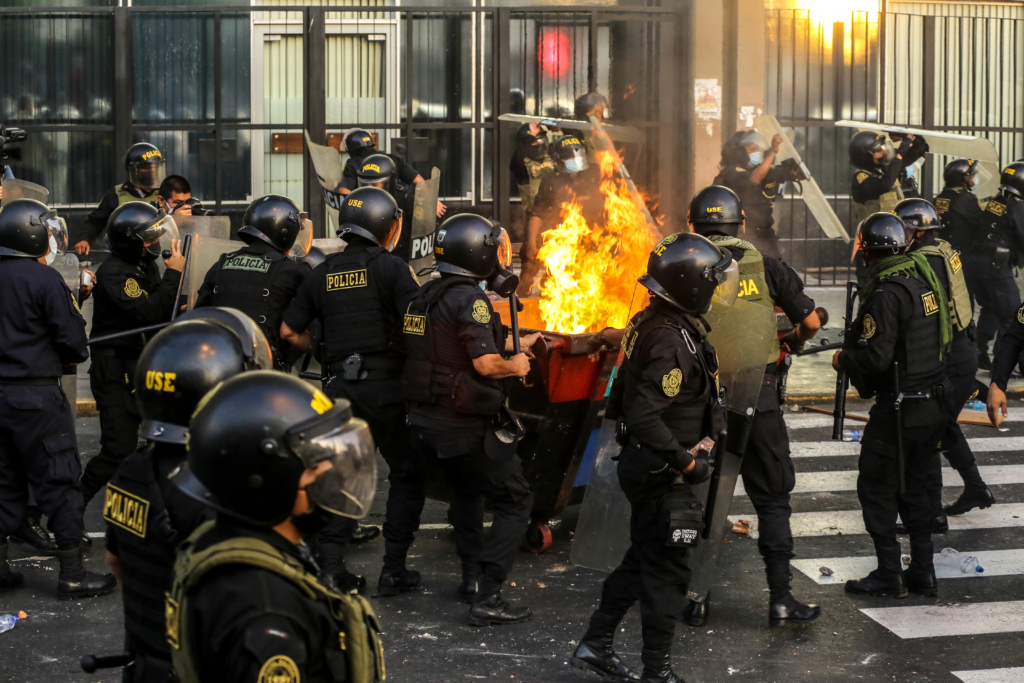 A judge in Peru has granted a request to extend former President Pedro Castillo’s imprisonment for 18 months, as the authorities make their case against him on accusations of “rebellion” and “conspiracy” in a decision expected to further inflame political turmoil and protests that have roiled the South American nation since Castillo’s impeachment and detention last week.

Protesters have demanded the embattled leader’s release from prison, as well as new elections and the removal of his successor, former Vice President Dina Boluarte.
Boluarte’s administration declared a nationwide state of emergency on Wednesday, suspending freedom of movement and assembly in a bid to quell the unrest, which has left at least eight people dead so far.

In Thursday’s ruling, a judicial panel within the Supreme Court ruled that Castillo, initially jailed for seven days, will remain behind bars as prosecutors continue their investigation into the criminal charges against him.

The decision did not touch on the merits of the accusations faced by Castillo but a judge heading the panel cited the risk of flight by the former president.

Castillo has rejected the accusations against him, saying he is being “unjustly and arbitrarily detained” at a police facility near the capital, Lima.
Earlier this week, he called on his supporters to come to the prison to demand his release and urged the Inter-American Court of Human Rights to intercede on his behalf.

“Enough already! The outrage, humiliation and mistreatment continues. Today they restrict my freedom again with 18 months of pretrial detention,” Castillo wrote in a message posted on Twitter.

“I hold judges and prosecutors responsible for what happens in the country.”

Peru’s opposition-held Congress impeached Castillo last Wednesday, just hours after the left-wing leader announced plans to “temporarily” dissolve the legislature and rule by decree.
The move was widely denounced as a violation of the Peruvian constitution, and Boluarte – Castillo’s former vice president – was sworn in shortly after his removal from office.
Boluarte, the country’s first female president, has urged calm amid the ongoing demonstrations, which have notably taken place in rural parts of the country that make up Castillo’s stronghold.

“Peru cannot overflow with blood,” she said on Wednesday, the same day her administration declared a nationwide state of emergency for 30 days.

Four airports have been shut down due to the protests, while hundreds of tourists have been stranded at Peru’s popular Machu Picchu tourist attraction after train services to the site were suspended.

Local television footage on Thursday showed a line of dozens of vehicles stranded on the side of a key coastal highway south of Lima and hundreds of protesters placing stones on roads in the Andean regions of Puno, Cusco and Arequipa. 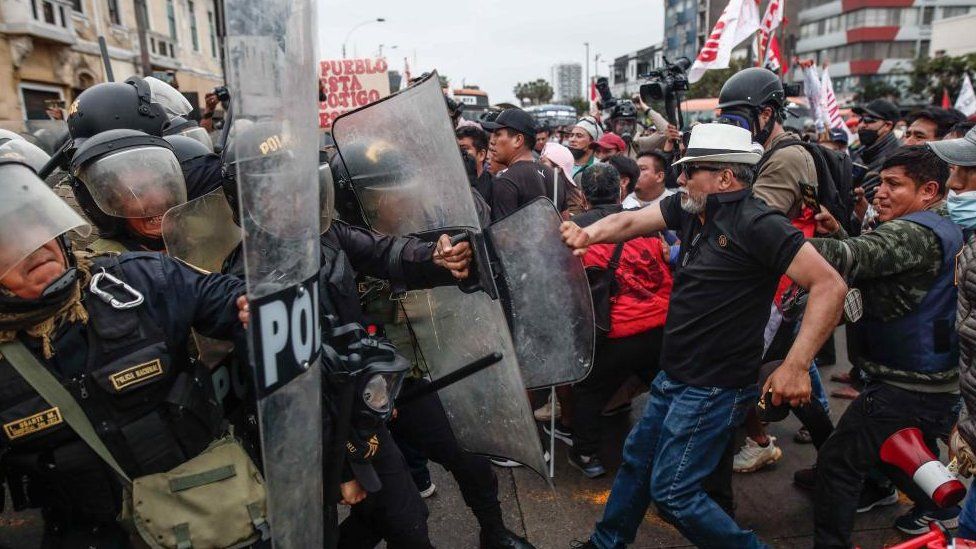 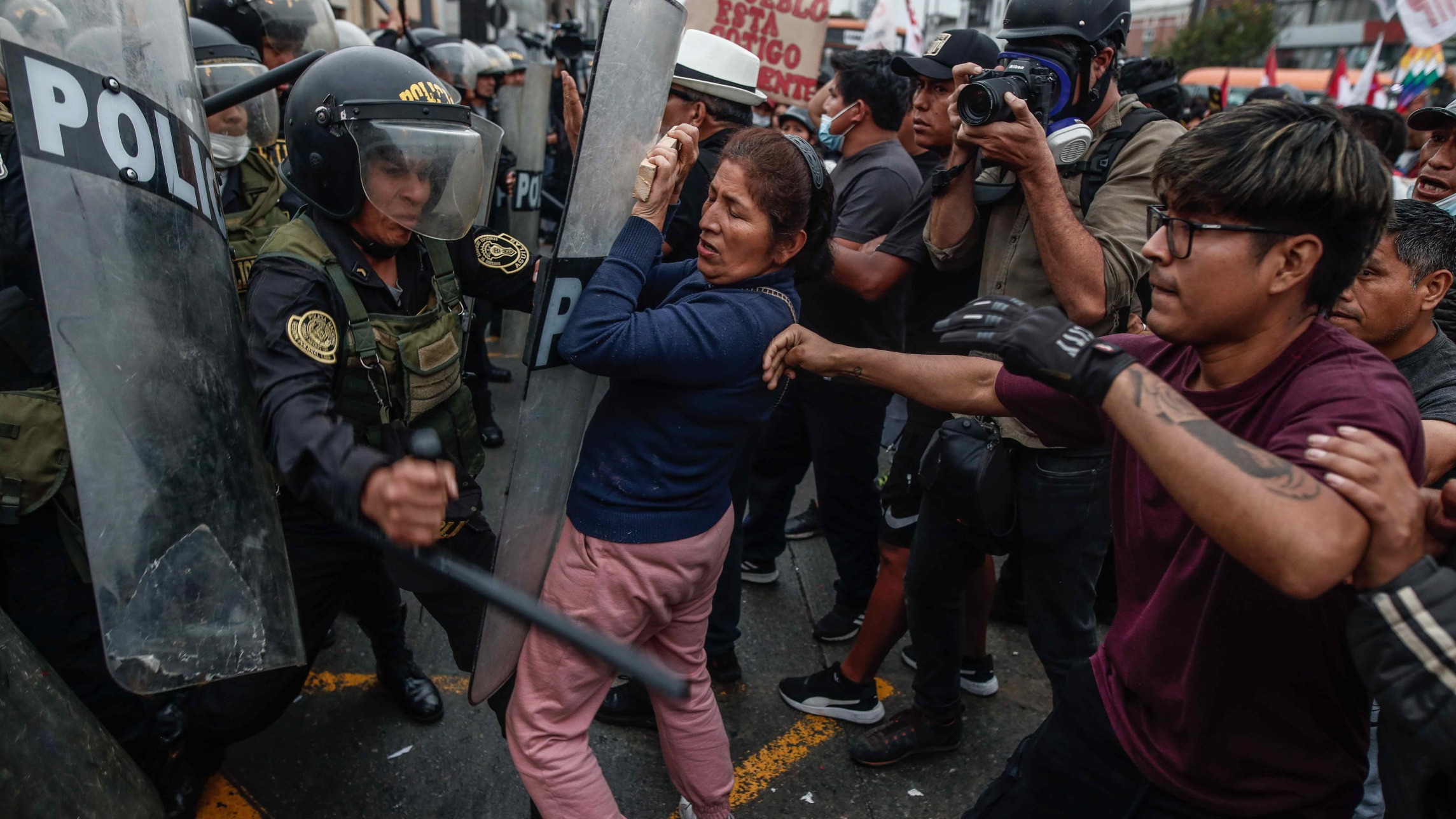 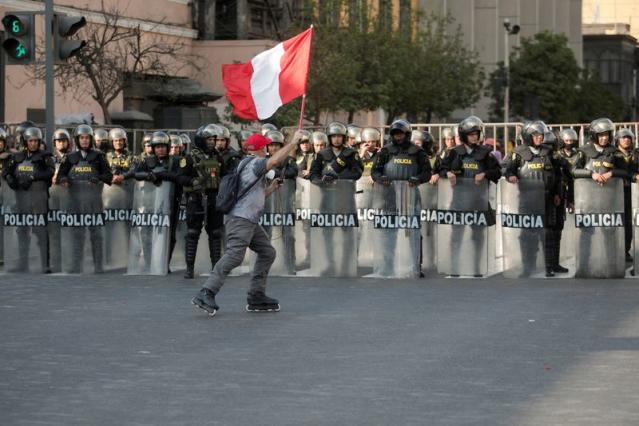