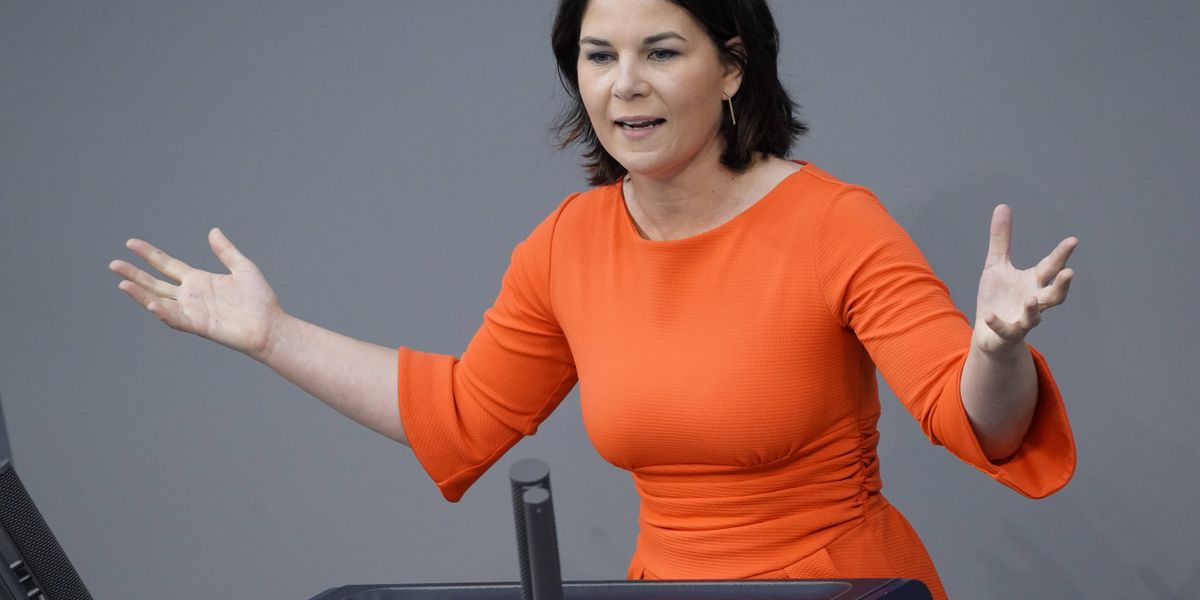 BERLIN: German Foreign Minister Annalena Baerbock arrived in Kyiv on Saturday on a surprise visit, which she said was to demonstrate Berlin’s unwavering support for Ukraine in its battle against Russia.
It is her second trip to Ukraine and comes a week after Ukrainian Prime Minister Denys Shmygal’s trip to Berlin where he had repeated Kyiv’s call for weapons.
“I have traveled to Kyiv today to show that they can continue to rely on us. That we will continue to stand by Ukraine for as long as necessary with deliveries of weapons, and with humanitarian and financial support,” Baerbock said in a statement.
Over the last weeks, Germany has sent howitzers, rocket launchers and anti-aircraft missiles to Kyiv.
Heavier weapons like anti-aircraft systems, rocket launchers mounted on pick-ups and anti-drone equipment are also due in a further military aid package worth over 500 million euros.
Earlier this week, Berlin said it would also team up with the Netherlands to train Ukrainian soldiers on demining.

Baerbock said it was “clear that (Russian President Vladimir) Putin is counting on us getting tired of sympathizing with the suffering in Ukraine.”
“He thinks that he can divide our societies with lies and blackmail us with energy deliveries.
“This calculation must not and will not work. Because all of Europe knows that Ukraine is defending our peace,” she said.
Baerbock was the first senior German government figure to visit Kyiv in May, when she announced the reopening of Germany’s embassy in the country.