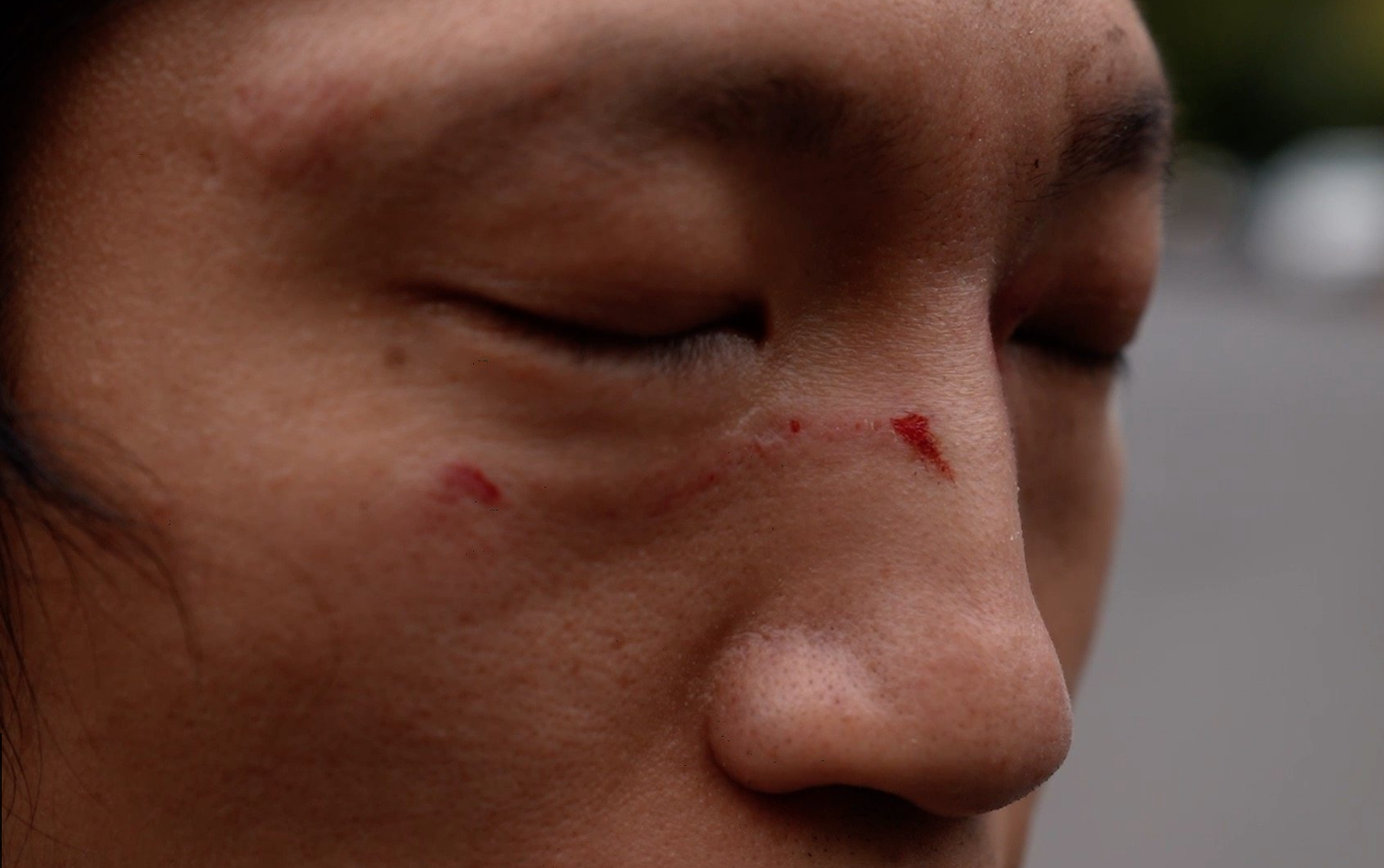 Police are investigating after a Hong Kong pro-democracy protester was dragged into the Chinese consulate grounds in Manchester and beaten up.

A video shows a group of men in face masks approach the consulate fence and drag him inside on Sunday afternoon.

The protester told Voice of America (VOA) the men took away a satirical portrait of President Xi Jinping before attacking him.

He said: “After I was pulled in, I was punched and kicked. I had scars on my face, bleeding, and swelling.

“Hair was pulled from my head, swollen and bruised. I had bruises on my neck and back, and my waist was a little sore.”

He said protesters and the police managed to pull him out of the consulate.

“The man – aged in his 30s – suffered several physical injuries and remained in hospital overnight for treatment. He is continuing to receive our support for his welfare,” said a police statement.

“It is clear what began as a peaceful protest unexpectedly escalated and our officers acted professionally in response to a hostile and dynamic situation to help the victim and ensure he didn’t come to any further harm,” said Assistant Chief Constable Rob Potts.

He said “all viable avenues will be explored to bring to justice anyone we believe is culpable”.

MPs are calling on the government to urgently investigate and want China’s UK ambassador to be summoned to explain.

Alicia Kearns, chair of the Foreign Affairs Select Committee, tweeted a photo of protesters and the police and suggested the consul general had “full sight, and quite possibly was involved, in the assaults”.

Former Tory leader Iain Duncan-Smith called for an apology from the ambassador and said the government should send those responsible back to China.

The protest coincided with the first day of the congress of China’s ruling party, where President Xi Jinping is expected to win a third term.

Sky News has contacted the government, the Chinese consulate in Manchester and the Chinese Embassy in London for comment.