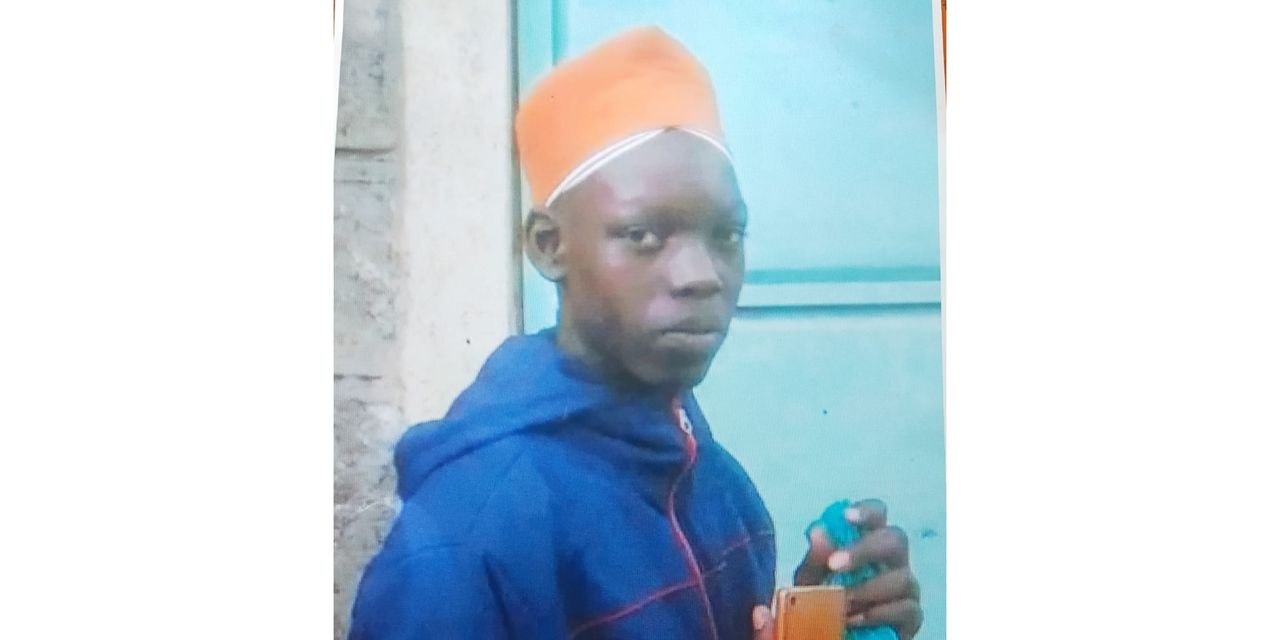 Heartbroken Mary Asami Leah, 56, has not lost faith that her son, who went missing a month ago, will be found alive.

The single mother of seven, a resident of Manyani Makuti estate in Nakuru city, has been agonising over the disappearance of her second youngest son, Brian Stingo, 21, who left home for a walk on July 24 and has not been seen since.

His family said he left his mother and sister Susan Kavaya in the house and went for a walk with three friends.

That was the last time they saw him.

He did not return home that day, prompting his mother and neighbours to start searching for him.

Mr Stingo is believed to have drowned in Lake Nakuru while fishing illegally.

“I may never know what happened to my son. I didn’t see him drown and I still hope that he is alive and safe,” Ms Asami told the Nation.

Ms Kavaya said they could not reach him by phone on July 24 and 25 as the phone had been switched off.

But what exactly happened? Did Mr Stingo drown in Lake Nakuru or is he alive somewhere?

If the still waters of Lake Nakuru could speak, he could have been found.

His friend Tyson Ng’ang’a, who was last seen with him, said he drowned in Lake Nakuru.

“I have been engaging in fishing at Lake Nakuru since the waters started swelling to the neighbourhood. I went fishing with my friend Brian but he, unfortunately, drowned during the fishing expedition,” Mr Ng’ang’a says in a statement recorded at the Bondeni Police Station.

Mr Ng’ang’a, who was arrested and detained briefly at the Bondeni Police Station over Mr Stingo’s disappearance, was also found with clothes belonging to the missing young man.

He is said to have taken Mr Stingo’s clothes to the latter’s mother on the day he went missing.

Mr Stingo’s mother said Mr Ng’ang’a told her he drowned in the lake.

A jacket he was wearing the day he went missing was also found hanging on a tree on the shores of the lake, whose waters have flooded the neighbourhood.

Ms Asami said she reported the matter at the Bondeni Police Station days after the disappearance.

“I reported the matter on July 27, but nothing much has been done,” Ms Asami said.

“In fact, police officers arrested Mr Tyson Ng’ang’a, who was last seen with my son, but released him five days later, saying they had no reason to continue holding him in custody. He was released and no charges were brought against him.”

“I just pray that my son is found alive. However, I am ready and I want to find him alive or dead.”

Nakuru-based Kenya Red Cross divers tried to find the body in the lake but came up empty-handed.

They combed the section of the lake where Mr Stingo’s is believed to have drowned but did not find his body.

Questions remain about his whereabouts.

UK’s Johnson bows out as PM