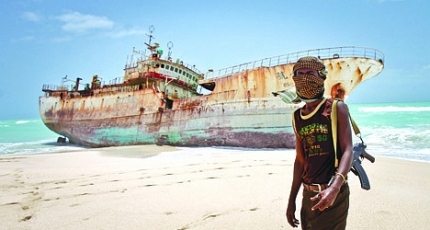 The global shipping industry agreed to declassify the Indian Ocean coastline off Somalia as a “high-risk area” following years of successful counter-piracy operations.

The change was approved by marine groups including the International Chamber of Shipping and will be operational from January next year, they said in an emailed statement on Monday.

“No piracy attacks against merchant ships have occurred off Somalia since 2018,” according to the statement.

For more than a decade, pirates from Somalia launched hundreds of attacks on commercial vessels in East African waters, in some cases earning millions of dollars in ransom and forcing shipping companies to adopt security measures such as employing armed guards and installing barbed wire.

The dangers were depicted in the 2013 Oscar-nominated movie Captain Phillips, starring Tom Hanks.

International navies and a European Union anti-piracy task force have in recent years managed to crack down on pirates by patrolling waters with armed vessels and using satellite imagery.

The seas off West Africa have become more dangerous, with piracy having surged over the past decade.